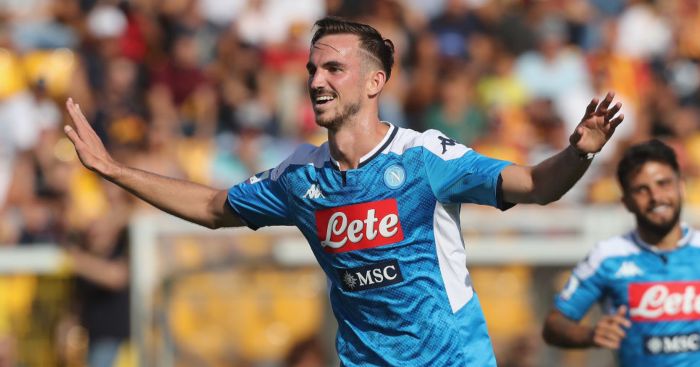 Following defeat to Newcastle United at St James’ Park before the international break, the realisation suddenly struck. Not only are Manchester United a world away from the title race and looking increasingly unlikely to make the top six this season, but Ole Gunnar Solskjaer couldn’t ignore the fact that the relegation zone was looming; just two points separate them from such ignominy.

Until things improve at Old Trafford, nothing can be taken for granted, especially with Liverpool to come on Sunday, a mounting injury list and no obvious route away from their troubles.

As ridiculous as it sounds to even consider the Red Devils’ Premier League status in any sort of jeopardy, that isn’t the same thing as suggesting they will actually be playing in the Championship next year. It would be tough to find anyone who believes they will. While it may not feel like it right now, they have enough quality in their squad to challenge for a place in Europe, and come May, they’ll be doing exactly that once again. The bigger picture is one that still needs looking at, though: a 15-point difference to their old rivals ahead of Sunday’s meeting is astonishing for this stage of the season, but in almost every sense, the gap between the two clubs is much bigger.

Almost £1billion has been spent on players since Sir Alex Ferguson retired six years ago, and yet the gulf in depth and quality between United, Liverpool and Manchester City is huge. It is hard to make a case that spending more will solve the problem alone; their signings need to be considered and part of a project. Solskjaer may not be the right man long-term, but at least the players who joined this summer – Daniel James, Aaron Wan-Bissaka and Harry Maguire – have given the impression of a wider aim. That has been forgotten somewhat, with a shortage of signings and subsequent departed stars not being replaced painting the off-season in a negative light.

A striker may be the biggest priority right now, but a midfielder with the ability to control games has been a missing piece in the puzzle for years. Whoever is in charge next summer needs to address this, and wherever they stand, there is one player they should target in particular.

Napoli’s Fabian Ruiz has shone for Spain in the last week, and though there are rumours that Real Madrid want him as a replacement for Luka Modric, he should be on United’s radar. With or without Champions League football, attracting players hasn’t yet proven a major issue. That would be put to the test, especially because Fabian is playing so well under Carlo Ancelotti in Serie A, and has been for over a year now.

Whether Manchester would be the ideal destination for him at this stage is a different question entirely, but the 23-year-old, who admits he “fell in love” with football thanks to Barcelona legend Xavi, would be the kind of player who could lead a revolution. His best years are ahead of him, he has the versatility and skillset to succeed and thrive in the Premier League and, perhaps most crucially, despite likely costing a hefty amount of money, he wouldn’t arrive with a reputation preceding him in the way failures such as Alexis Sanchez, Angel Di Maria and Radamel Falcao did.

Fred’s move in the summer of 2018, costing upwards of £47m, should serve as a warning, but Fabian is much more adapted to the team’s needs, especially under Solskjaer. His speed of thought in possession and ability to find the right forward pass means United could become the counter-attacking machine the Norwegian dreams of.

Prior to his Napoli switch, Fabian thrived in an exciting Real Betis side under Quique Setien. After a loan spell with Elche in 2017, he became a key member of the team at Estadio Benito Villamarin. Napoli had to pay a higher release clause than initially expected, €30million, but it still felt like a bargain and has proved as much ever since.

Fabian has been more efficient than rival midfielders in Italy, including United target Sergej Milinkovic-Savic of Lazio. He is a player born out of admiration for Xavi, but his game is a modern interpretation; he can play right across the midfield and dictate possession as well as make the most of it on the break.

He is the kind of midfielder United haven’t had for a long while. Michael Carrick’s retirement saw them surrender an ability to keep games ticking in the middle of the park. Currently, there isn’t enough variation in the options at Solskjaer’s disposal. Paul Pogba is great with the ball at his feet, Nemanja Matic, if he plays, offers balance while Scott McTominay and Fred, theoretically, bring great energy. Fabian would combine everything, and could play as part of a two or a three; if he were to sign – and that is a huge if – his would be a defining arrival.

The journey back to the top will be a long one, and Manchester United are unlikely to ever enjoy an era of dominance as they once did again. It is easy to forget, because of results, injuries and the general feeling of never-ending crisis, that the work they did in the transfer window was positive, they just needed more. Another striker is vital to lift the obvious strain on Marcus Rashford and the injured Anthony Martial, but signing a game-changing midfielder is the next step to finding their identity. Ruiz is on the road to becoming a superstar, and perhaps he’ll prove out of reach, but he is exactly the right man for United and they should realise that ahead of next summer.