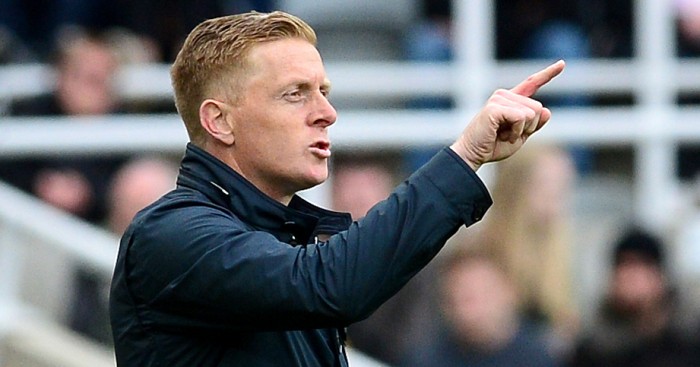 Lukasz Fabianski insists there is no tension in the Swansea camp amid speculation that Garry Monk’s position is under threat.

It was reported on Wednesday that Monk had missed Swansea training for a second successive day, a claim denied by the club, but the Daily Mirror claims the 36-year-old is under ‘mounting pressure’ from his bosses, who are considering bringing in someone to help him turn around the club’s disastrous run of form.

Speaking before the speculation hit the news, Fabianski was asked whether people would start speculating something was wrong in the camp.

“It would be wrong for people to start creating something like that, that there is tension or something in the group,” the Swans goalkeeper said.

“It’s a difficult period but we have to stick together and help the club in the best way possible.

“We all have one target and that is to perform well for Swansea, for the club and the fans. That is the best way to get over this.

“Obviously the results are a concern for us because as a group, as a club, we are capable of much more than we are achieving at the moment.

“For sure, the group wants to get back on the right track to get results and to play some decent football so hopefully we can do this against Villa.”

Asked whether Monk is frustrated about the recent dip in performance levels, Fabianski added: “Obviously he must be because all of us are frustrated with the bad results in the recent games.

“Stoke was even more frustrating because it looked like we were going to dominate the game.

“Before the penalty we were on the front foot and pressing high. We wanted to go for it and then we were unlucky with the penalty.

“But you can see the intention was there and hopefully we can put everything right in the next game.

“We know as players we have capabilities to play at a much higher level and we have shown that many times.

“The spirit is the best expression you can get and we have to show this now.

“It’s about getting the result as quickly as we can and getting back on the right track.”