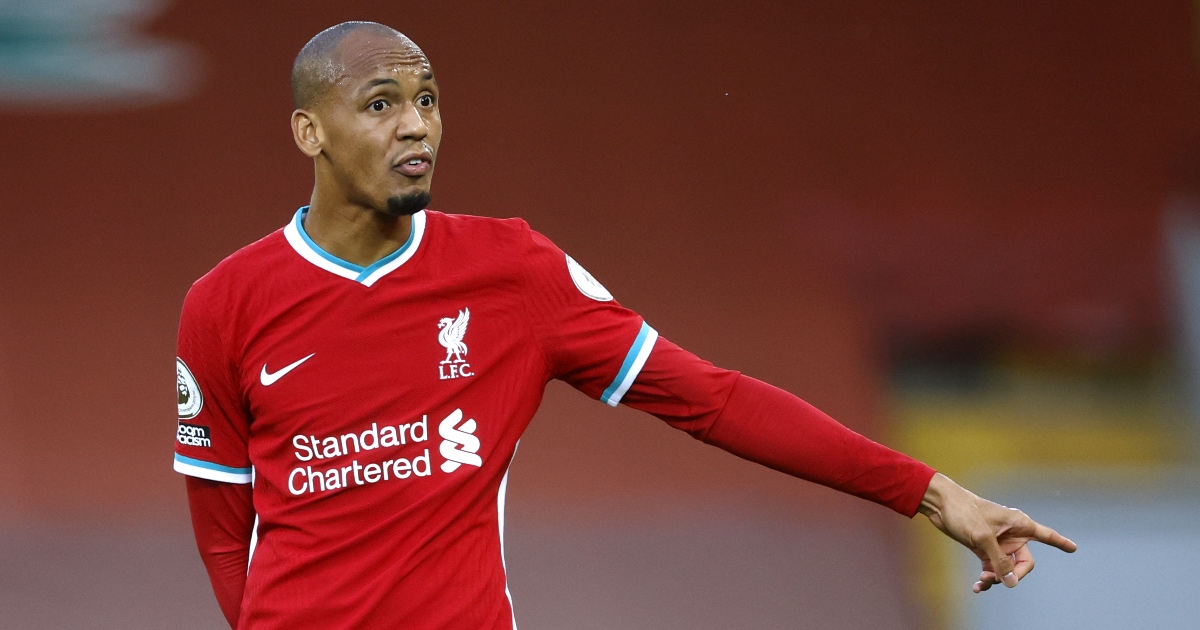 Fabinho says he “expected” Brazil teammate Raphinha to join him at Liverpool in the summer.

The 24-year-old’s appearances caught the eye of the European elite, including Manchester United and Liverpool, who were both rumoured to be interested in the summer.

But he stayed at Elland Road and has continued where he left off, scoring three goals in the opening seven Premier league games.

That form led to him being handed his first Brazil call-up this month and his performances from the bench for the national side have received widespread praise, with the winger providing two assists in the 3-1 victory over Venezuela.

Asked about his teammates ahead of the clash with Uruguay on Friday, Fabinho said: “Raphinha, since he arrived in the Premier League, has been performing and standing out very well at Leeds.

“After his first call-up, he started very well in both games, he made an impact against Venezuela, he played a part in the three goals. Against Colombia, he came in and played very well.

“The attributes he has are very unique. A left-handed player who can go either way. This is very important for our team. Against Colombia he made the best plays of our team and he can help us a lot.”

Raphina is under contract at Leeds until 2024 and insists he was “not even thinking about leaving” the club in an interview in May.

“It is difficult to explain how I feel when I hear speculation about giant teams like Liverpool and Manchester United being interested in signing me,” he said.

“Man, I grew up watching these teams on TV. I saw [Wayne] Rooney, [Ruud] Van Nistelrooy, Cristiano Ronaldo, but I also saw [Steven] Gerrard, as well as others like [Thierry] Henry, Deco, [Frank] Lampard.

“There are so many players of such quality that it is difficult to say if I mirrored one of them.

“I think I mirrored the league, you know? I loved watching it and dreamed of playing here.

“I am not only talking about the other clubs, but also Leeds, who were the ones who took a chance on me.

“They are all very nice, including the supporters who seem to have a great affection for me.

“I have four years remaining on my contract and I’m not even thinking about leaving here for exactly this reason: I am happy and making others happy.”