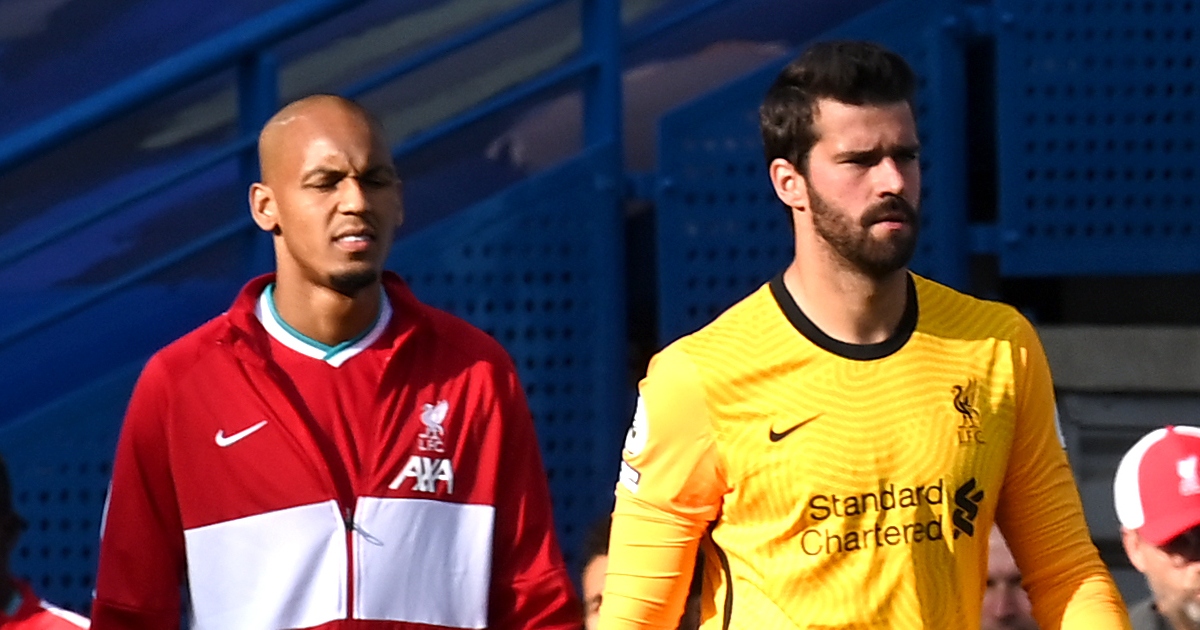 Fabinho has downplayed his chances of featuring against Watford this weekend but confirms Liverpool are exploring their options.

The midfielder is one of a number of players called up for the World Cup qualifier between Brazil and Uruguay, which was recently rescheduled to a kick-off time in the early hours of Friday morning in the UK.

A total of nine players from six clubs are in the respective squads and the Daily Mail say those teams have pitched in to charter a private jet in the hope of bringing them back soon enough to feature when the Premier League returns at the weekend.

‘Manchester City, Liverpool and Manchester United are understood to be involved in clubbing together for an aircraft costing six figures to carry international players,’ the Mail reports, adding that ‘the possibility of arranging two flights, splitting the group up based on where their clubs will be playing on Saturday, has been discussed.’

Fabinho, however, does not have high hopes, particularly as Liverpool have the shortest turnaround for their game against Watford at Saturday lunchtime.

‘They think they are a special case’ for a reason, after all.

“I believe that match against Watford will be very hard for us, I don’t think we will play,” Fabinho told a press conference. “Neither Alisson nor myself.

“With all of what is involved, including travel, I don’t know how much time we will have between one game and the other.

“I believe that we won’t be playing. We will also need to quarantine, but the club is still studying whether it is better to go straight to Spain to play Atletico and quarantine there, without staying in a hotel in England.”

Tottenham will avoid the issues that plagued them after the last international break by bringing Giovani Lo Celso, Emerson Royal, Cristian Romero and Davinson Sanchez back via private jet for their match against Newcastle on Sunday.

The removal of Argentina, Paraguay and Uruguay from the UK’s red list of countries requiring a period of isolation when travelling has boosted Villa, Spurs, United and Newcastle.