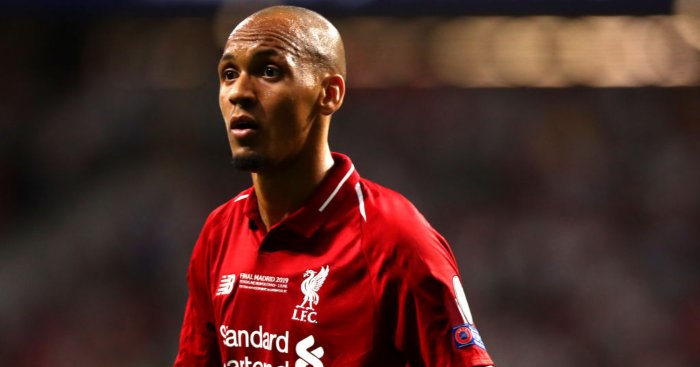 Liverpool midfielder Fabinho has singled out Ashley Barnes as the man they need to be weary of ahead of the Burnley clash on Saturday.

Fabinho has featured in all three of Liverpool’s victories this season as the Reds top the division with a 100 per cent record.

The Brazilian is aware of the threat that Burnley pose, particularly at Turf Moor.

“Burnley are one of the most frustrating teams to play against,” the Brazilian told Liverpool’s official website.

“You may win against such teams but you have to fight, sweat and really give your all.

“It’s a team that makes things very difficult. In the Premier League it’s not just Burnley , the majority of the teams are like this.

“Everyone knows that Burnley is a tough game, especially away from home.

“They’re a team who’ve done really well against tough opposition this season. They got a good result away from home in the last round of games.

“They’ll be confident and have a player who’ll be full of confidence – [Ashley] Barnes, who has scored a lot of goals.

“We know their style of play, a quality team who play to their strengths with the ball and in the air.

“We know how difficult it is to play, we know the quality we’re up against and we’ll try and neutralise their threat and be the stronger team.”