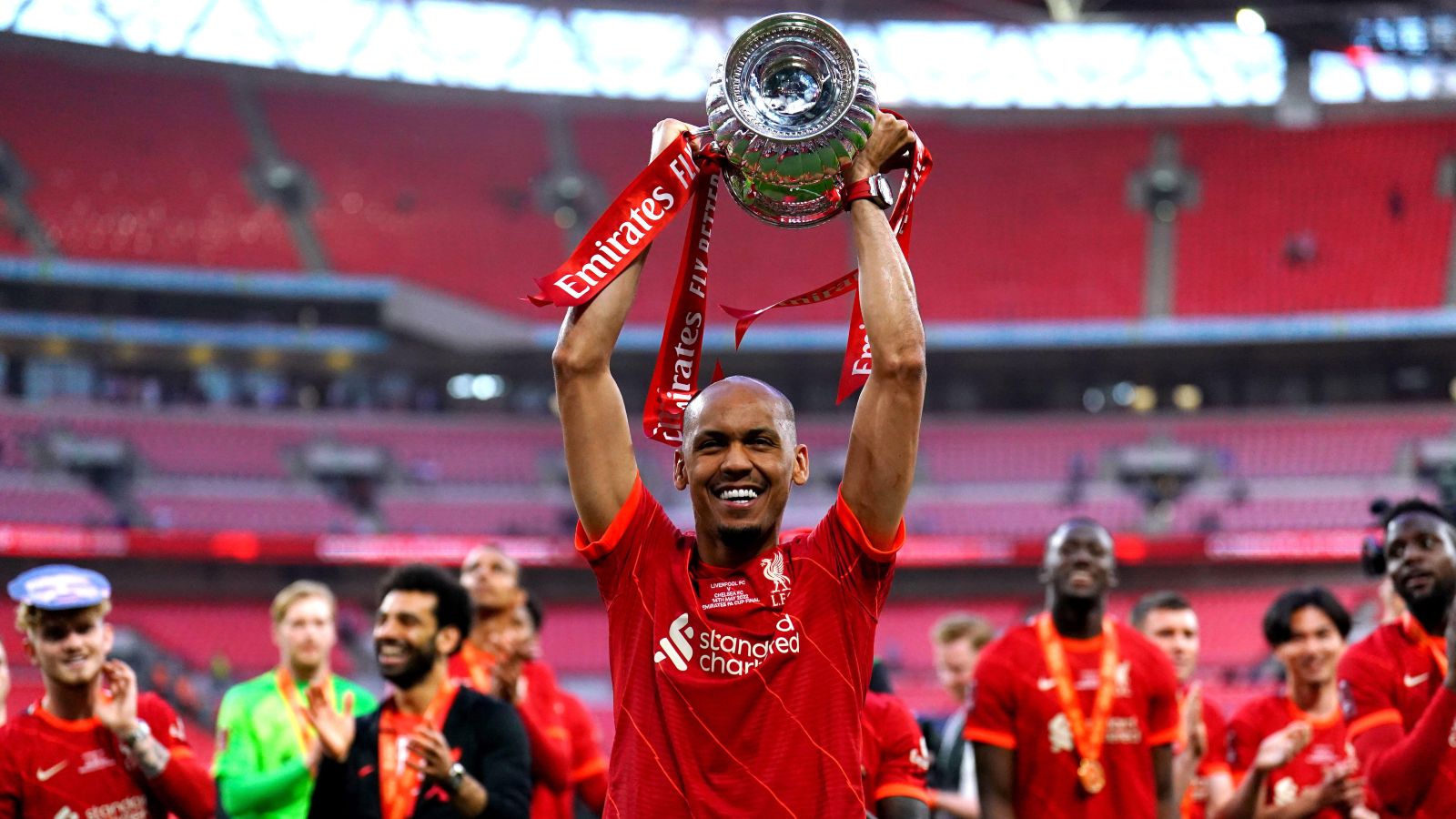 Liverpool midfielder Fabinho claims Jurgen Klopp’s squad are “very tired” ahead of the last two matches of the season but has declared himself fit for the Champions League final.

Klopp made nine changes in their 2-1 victory over Southampton on Tuesday night after Saturday’s gruelling penalty shoot-out victory over Chelsea in the FA Cup final.

Injured trio Fabinho, Virgil Van Dijk and Mohamed Salah were all left out of the Liverpool squad at St Mary’s in the hope that they will be fine for the next couple of fixtures.

Fabinho limped off with a hamstring injury in the Reds’ recent victory over Aston Villa but he has declared himself fit and ready for their Champions League final clash with Real Madrid on May 28.

“Yes, I’ll be there… to play,” Fabinho told Spanish publication AS. “We are working and recovering to be ready for that final. I am very calm and very confident that I will be there, so we have to keep working and resting to be at the best physical level for May 28th.”

Liverpool have already won the League Cup and FA Cup this season with an unprecedented Quadruple on the cards if they go on and add the Premier League and Champions League to their honours board this term.

But Fabinho has admitted that the volume of matches is starting to catch up with the Liverpool squad ahead of their final Premier League match of the season against Wolves.

Fabinho added: “I think I can speak a little generally: We are very tired. It’s true because we’ve been playing on weekends and during the week for a month now, always game after game and important games; which makes you physically and mentally tired as well, but this team worked very hard to get here, to this point in the season with a chance of winning all four trophies.

“There are few games left, there is a final sprint and the coach will have a bit of a headache to form a team because 120 minutes at this point in the season (for the FA Cup final) is not easy. I hope that those who play are well, prepared, because it will be very hard.”