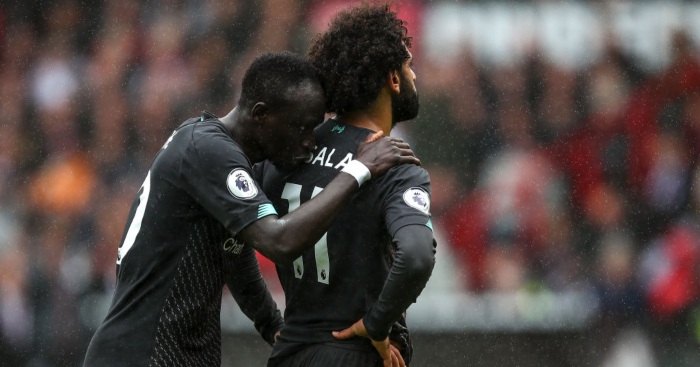 Liverpool midfielder Fabinho has revealed what happened after the fall-out between teammates Sadio Mane and Mohamed Salah.

Mane reacted angrily after being substituted at the end of Liverpool’s 3-0 win at Burnley in August.

The Senegalese international was apparently unhappy at being ignored by Salah when unmarked in front of an open goal.

Manager Jurgen Klopp later played down the incident, while both Mane and Salah have dismissed what happened.

Now Fabinho has shed further light on the disagreement.

When asked by The Straits Times of Singapore whether the strike duo remain friends, the Brazilian said: “Of course.

“After you know, they joked in the dressing room and spoke normally. They are very good friends.

“In the moment in the game, things can get heated but it’s not the first time and won’t be the last time. It’s okay.”

Fabinho was speaking ahead of Brazil’s friendly against Mane’s Senegal in Singapore on Thursday, which ended in a 1-1 draw.

“We joked a bit about it,” Fabinho said of the game. “Sadio said he’d score against us. He’s a very good guy.”