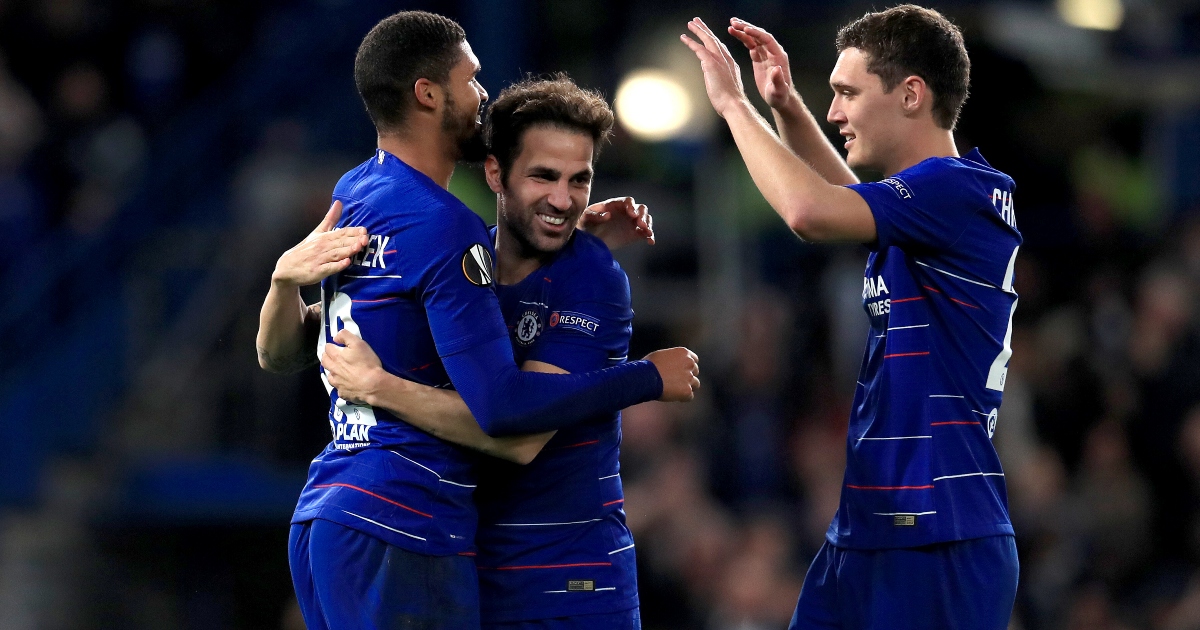 Cesc Fabregas believes Chelsea defender Andreas Christensen would benefit from adding an element of gamesmanship to his arsenal.

The Spaniard left Chelsea during the 2018/19 campaign after falling out of favour under Maurizio Sarri.

Christensen and Fabregas made 89 appearances between them in 17/18 as the Blues won the FA Cup and finished fifth in the Premier League.

The Denmark international is out of contract in the summer and has been heavily linked with Fabregas’ former club Barcelona.

During a conversation with Jijantes in Spain, the Monaco playmaker was asked about his old team-mate and the rumours linking him with the Nou Camp giants.

He said (quotes via Sport Witness): “He seems like a great player to me and his contract is up. When I arrived at Chelsea, in 2014, he was already training with us from time to time. He was the typical young man who went up, and then you could see the way he read the game, the way he anticipated.”

Fabregas added that he believes Christensen could add more of a nasty side to his game, comparing his style of play to Barcelona’s Eric Garcia.

Meanwhile, journalist Eduardo Inda claims that Christensen had a ‘secret medical examination’ ahead of a summer transfer to Barcelona.

Inda wrote: “They tell me that this Monday a Chelsea footballer who wants Barca has undergone a medical examination in London, in secret. He is Danish, a central defender and his name is Andreas Christensen.”