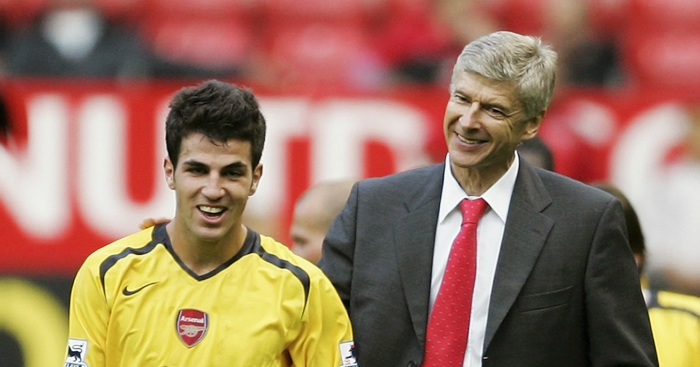 Cesc Fabregas has finally admitted that he threw the pizza that hit Sir Alex Ferguson in the face in 2004.

Fabregas has long been considered the culprit in the infamous incident after a heated game between Arsenal and Manchester United in October 2004.

United ended Arsenal’s 49-game unbeaten Premier League run with a 2-0 victory, after which players and coaching staff clashed in the tunnel.

Ferguson was hit in the face by a pizza during the fracas, with the Scot once saying that “to this day, I have no idea who the culprit is”.

Martin Keown once implied it was the midfielder – “it was a Spanish fella with great technique” – and Fabregas has finally confirmed the rumours.

Asked whether it was indeed him who threw the pizza at the United manager, Fabregas replied: “Yes!”

The Spaniard added, on TV panel show ‘A League of Their Own’: “Martin Keown is a liar because I saw him in front of me just, like, punching people so he didn’t see anything.

“All of a sudden, I heard noises and I thought what’s happening? So I go out with my slice of pizza and I saw Sol Campbell, Rio Ferdinand, Martin Keown… everyone pushing each other.

Fabregas then turned to the camera, before adding: “I apologise Sir Alex. I really didn’t mean to do that.”