Home All The News Fabregas: I ‘disliked’ Terry ‘very much’ at Arsenal 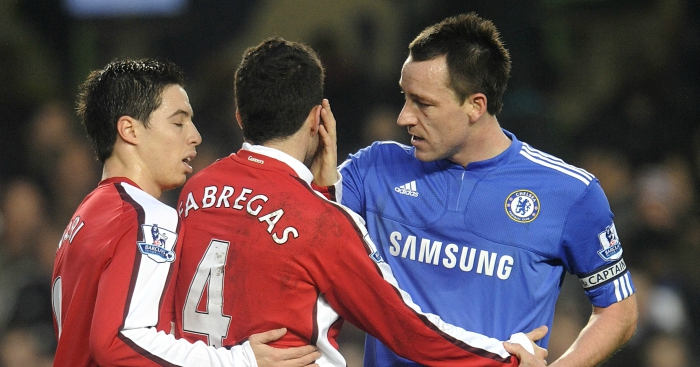 Cesc Fabregas admits that he “disliked” John Terry “very much” when he was at Arsenal.

Terry and Fabregas clashed on a number of occasions when the pair were at Chelsea and Arsenal respectively, but spent the last three years as teammates at Stamford Bridge.

The pair won two Premier League titles and a League Cup together, with Terry since departing for Aston Villa.

Fabregas says that he has always had “respect” for the centre-half, but that he was not his biggest fan while at Arsenal.

“I think it was maybe the most difficult season for him, for a lot of reasons,” Fabregas told Sky Sports of Terry’s most recent campaign.

“He showed to be before a great man and then a great player. He showed he will always be a great captain for this team and I have to tell him a big, big, big thanks.

“He is the type of player that I had many battles with. I disliked him very much at some point playing for Arsenal, we had a lot of confrontations, but one thing I always had for him was respect.”