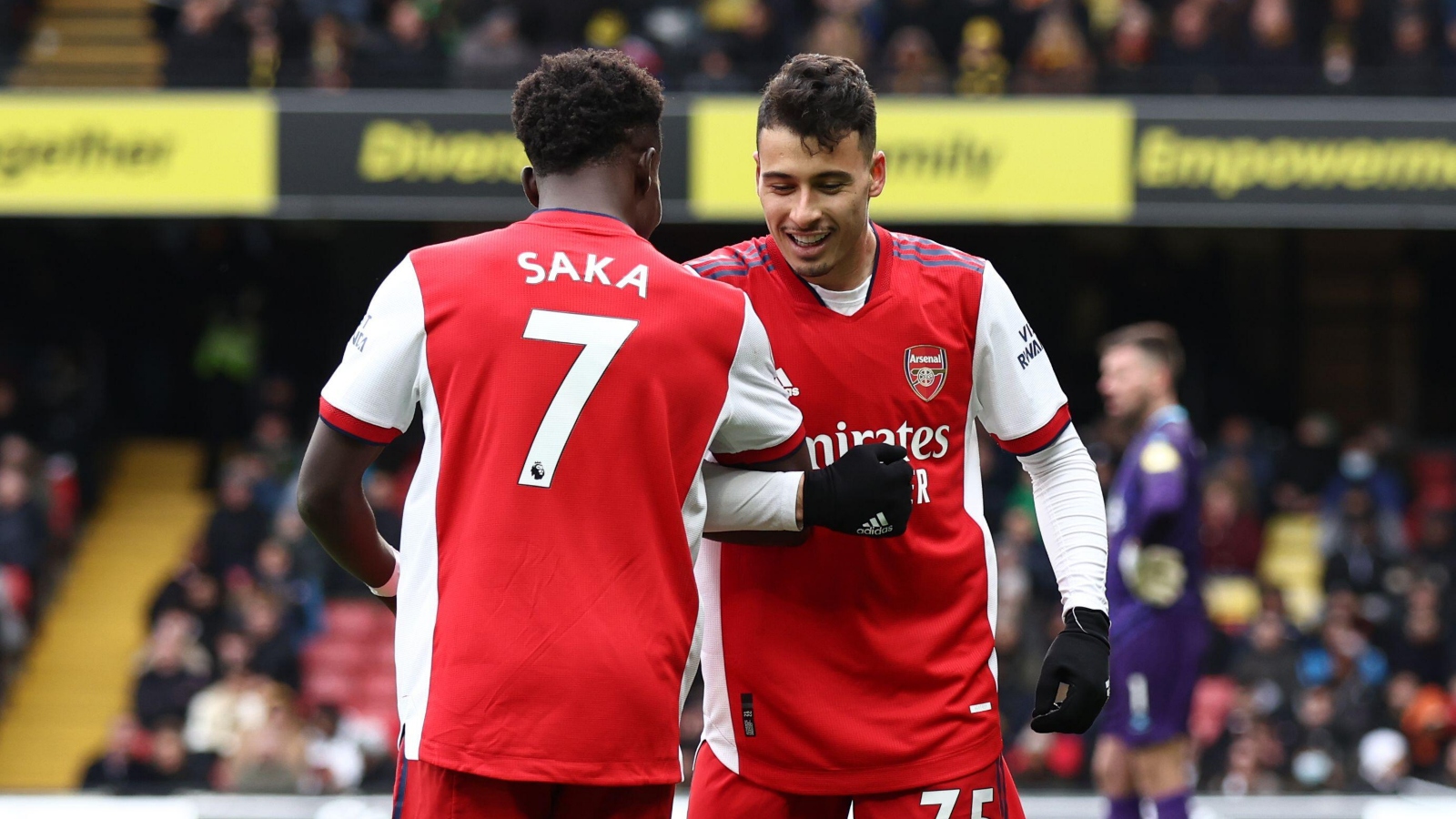 Former Arsenal captain has lauded four members of Mikel Arteta’s squad, claiming they remind him of himself at the club.

Victory for the Mikel Arteta’s side in the north London derby on Thursday will seal a top-four finish and Champions League qualification for the first time in five years.

The Gunners haven’t won away at Spurs since 2014 but a draw would be a good result as it would retain their four-point cushion over their rivals with just two Premier League games remaining.

Arteta has relied on several youngsters this season, and Fabregas has heaped praise on four who have come to the fore at the Emirates.

Fabregas told LondonWorld: “There are three or four [players] that I really like. I sometimes feel like I’m watching myself when I first started out.

“You have the likes of Saka, Martinelli, Odegaard, Smith Rowe… it’s great to see.

“Even [Eddie] Nketiah recently who has been scoring goals. Their recent performances will give them confidence.”

The Monaco midfielder then added: “Every young player needs some time to adapt to the real highest level of football, and Arsenal are giving opportunities to them. This will give a lot of value to the squad, not only economically but also football-wise.

“Hopefully, in a few years, we can see the results of it.”

The Spaniard, who won the title under Antonio Conte with Chelsea, also advised Arteta how he can get the better of the Italian on Thursday.

Fabregas added: “I’m sure Mikel analyses the opponent very well, but Arsenal will need a lot of intensity if they’re going to win this game.

“I know exactly how Antonio works. I know this methodology very well.

“If I was a coach, I could get by managing with all that he showed me in the two years I worked with him. Spurs are very well structured. They use the wing-backs very high. They are intense and a little bit like Arsenal. They try to build up from the back to draw the opponent out.

“Tottenham have world-class players upfront as well in [Heung-min] Son, [Harry] Kane and [Dejan] Kulusevski. Last weekend against Liverpool, they gave them a game. If you’re going to beat a Conte team, you’ll need to be very well structured.”