Home All The News Fabregas: Wilshere could have played for Real Madrid 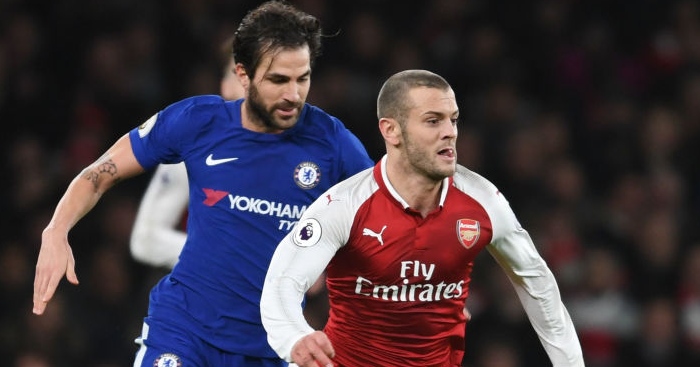 Cesc Fabregas has suggested that if was not for his injuries, Jack Wilshere could have gone onto play for Real Madrid or Barcelona.

Wilshere first broke into Arsenal’s first team when he was 16 years old. He immediately caught the eye with his talent. He was regarded as one of the brightest English prospects of his generation.

Sadly a string of serious injuries hampered his time with his boyhood club. In the two seasons between 2015 and 2017, he only made five appearances for the Gunners.

He returned to fitness in 2017/18 and he made 38 appearances for them before leaving the club at the end of the season.

Wilshere joined West Ham on a free transfer ahead of the 2018/19 campaign. Unfortunately, injuries came back to haunt Wilshere once again.

He only managed to make 16 appearances for West Ham before being released at the end of the 2019/20 season. The midfielder has been linked with moves to Rangers and sides in the MLS, but he is still without a club.

Fabregas said Wilshere has been robbed of a great career during a recent interview with the Daily Mail:

“Jack was such a good talent, one of the most talented players I’ve ever played with.

“He was just 16 when he first came to train with us and I was like, ‘Wow this guy is good, strong, sharp.’

“It’s a big shame what has happened to him. I feel sorry because he could have been a proper English legend of the game.

“We always talk about how British players would adapt to teams in Europe – I always believed that Jack was one of the few Brits who could have made it big time at Real Madrid or Barcelona.

“Same with Aaron Ramsey and Gareth Bale. These guys are so talented, without injuries they could have done much more.”