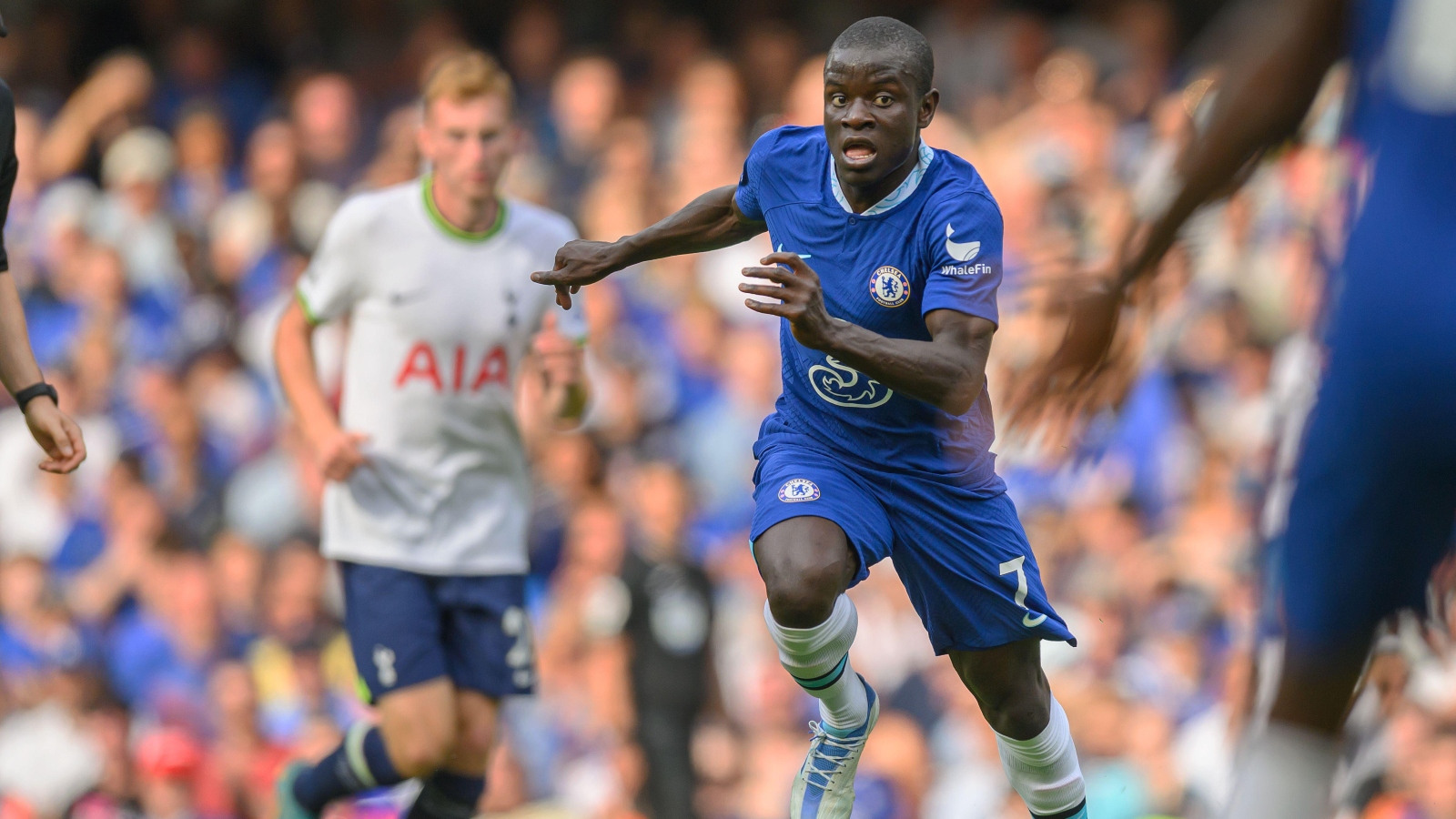 Fabrizio Romano has confirmed there is a ‘serious chance’ N’Golo Kante will leave Chelsea next year when his contract expires.

Kante can negotiate a pre-contract agreement with foreign clubs from January 1 with his contract set to expire in the summer of 2023.

He has been linked with a move to FC Barcelona and Paris Saint-Germain but is believed to be eager to stay in England, preferably London.

The 31-year-old has been a terrific servant for the club since joining from Leicester City for around £32million in 2016.

He spent one season in England prior to joining the Blues, helping the Foxes win their first Premier League title.

And in his first year in London, the French midfielder was a part of Chelsea’s title-winning squad.

The reason he is probably not going to pen a new Chelsea contract is because of his injury problems.

For around two years, Kante has struggled for consistent game time and is currently out for several months, meaning he will not play at the World Cup.

After playing the opening two fixtures of the season, the former Leicester man was ruled out for a month before returning to first-team training.

Before making his return on the pitch, Kante sustained another injury which will not see him represent his country in Qatar.

Unsurprisingly, Chelsea have reservations over extending his contract, especially with the player asking for a four-year deal.

The club have apparently offered him a two-year deal with the option for a third year.

This will probably be the last big payday of Kante’s career, so he is obviously looking for a long-term extension with a tasty wage package.

With a new deal off the cards, it is unclear what club will take a risk on someone who can be the best player in their position when fit.

Arsenal and Tottenham have been linked, but it seems unlikely that either club will offer Kante a contract.

In terms of potential replacements, you would expect Ajax’s Edson Alvarez to be near the top of the list.

Chelsea tried to sign the Mexican midfielder in the summer, but the Eredivisie champions were reluctant to sell after losing so many crucial players in the transfer window.

The Blues also lodged a bid for Southampton youngster Romeo Lavia, even though he signed for the Saints in the same window.

Transfer guru Fabrizio Romano has given us the low-down on Kante’s situation.

Writing for CaughtOffside, Romano said Chelsea ‘really like’ Alvarez and has confirmed that Barcelona are not in talks to sign Kante.

Pursuing Alvarez in January is ‘a possibility but not something that is guaranteed yet’, the Italian journalist adds.

And Romano says that there are currently ‘no talks’ with the player’s agents.

Kante is ‘happy in London’ but there is a ‘serious chance’ he leaves for nothing next year.

Alvarez recently discussed his failed move to Chelsea in the summer, admitting that he was “very disappointed” a move did not come to fruition.

He told ESPN: “There was interest from Chelsea. Nobody expected that they would make another offer. It was a difficult situation.

“Ajax really couldn’t do anything. They didn’t have a player in my position. Of course I fought as far as I could. I didn’t want to do that too much.

“Because I know the responsibility I have within the club. I am very disappointed, but I am convinced that sooner or later a big club will come for me.”

READ NOW: Brighton reach peak catharsis as they put Graham Potter and Chelsea to the sword