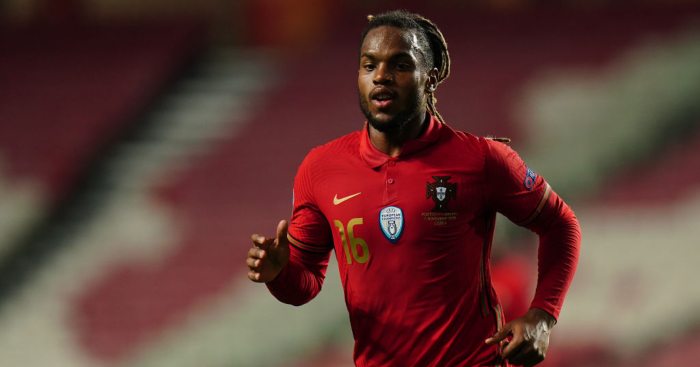 There is “no agreement” to between Liverpool and Lille for the transfer of Renato Sanches to Anfield, according to trusted journalist Fabrizio Romano.

Sanches, who has played for Benfica, Bayern Munich and Swansea City, has produced a number of good performances for Lille this season, leading to rumours that he could be attracting interest from top clubs once again.

Le10Sport claimed ten days ago that ‘several Premier League clubs’ are looking at Sanches with the Portugal international ‘notably on the shelves of Liverpool’.

The report claimed that Jurgen Klopp viewed Sanches as a possible replacement for Georginio Wijnaldum, who looks likely to leave in the summer when his contract at Anfield expires.

However, Romano – who is no stranger to breaking major transfer news – reckons despite being “on the list” at Liverpool, the Merseysiders are yet to agree a deal for Sanches.

“We have a lot of rumours – I’m told there’s nothing advanced with Liverpool,” Romano said on his Here We Go podcast.

“He’s on the list of all top clubs because he’s having an amazing season with Lille. Between Liverpool and Lille, there is no agreement.

Meanwhile, Liverpool legend John Barnes doesn’t think the club will be “held to ransom” over Wijnaldum.

Barnes told Bonus Code Bets: “Georginio Wijnaldum is a great player, I’m not sure if it would be Liverpool’s best piece of business in the window, but you want a player who is happy to stay.

“It would be great if both the player and club could come to an agreement in this window for a new deal, but I don’t feel as though Liverpool will be held to ransom and give him a four-year deal on high wages.

“The good thing about Liverpool is all of the players at the club want to play for the badge, they will all give 100 per cent and try to help Liverpool to win the league, which is all that can be asked for by a squad of players. I hope he stays.”