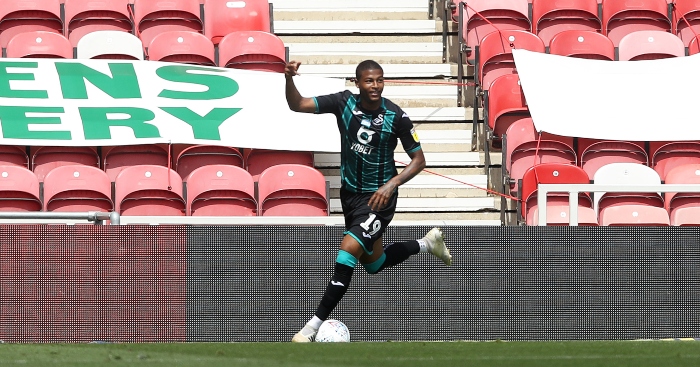 New Sheffield United signing Rhian Brewster could make his debut for the club at the weekend against Fulham.

The 20-year-old signed for the Blades in October from Liverpool for a fee of around £23.5m. The forward had been highly thought of throughout his time with the Premier League champions.

Despite this, he only featured in four senior games for them, after making his debut during the 2019/20 campaign.

The forward enjoyed a great loan spell with Championship side Swansea City last season. He scored 11 goals from his 22 appearances for the Swans, as he guided them into the play-offs.

They fell short in the Championship semi-finals, but it was a great stint for Brewster. The young forward was keen for regular first-team football, which led him to join Sheffield United this summer.

Oliver Burke and David McGoldrick both picked up injuries on international duty, so Brewster is in line to make his debut against Fulham this weekend.

Speaking during his press conference, Wilder said he faces a big decision on whether or not to start Brewster against Scott Parker’s side:

“Rhian has been fabulous, a breath of fresh air, and he’s given us a real spark.

“But obviously the decision whether to start him or not is a big one, because of the position he came to us in – flitting between Liverpool’s under-23’s and their first team. Often, when players do that, they aren’t quite in the condition you want them to be in or they want to be in. So we’ll see.

“Rhian has been fabulous (in training) and really settled in, he’s been brilliant around the place,” Wilder added. “But that’s to do with the attitude of the players around him here too.”