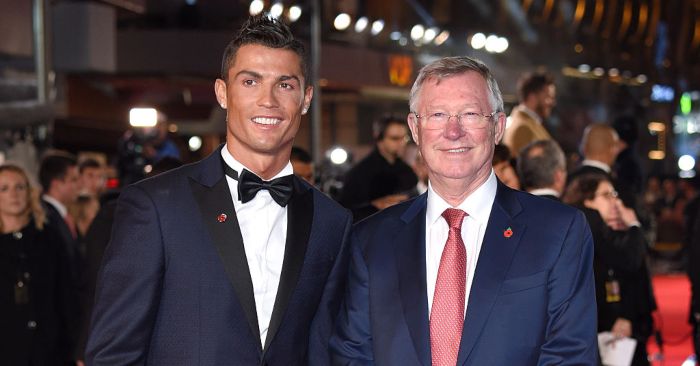 So Sir Alex Ferguson got Cristiano Ronaldo to “say yes to the boss” over a return to Manchester United in 2013. The Scot’s retirement scuppered those plans but it would have been a certain world-record move.

Which other ungodly expensive deals have fallen somewhere between the first and final hurdles? These deals would have set new markers but it just wasn’t meant to be…

David Beckham
It was a season that started with Neil Sullivan being beaten from 60 yards, and ended with a reported world-record bid from AC Milan. David Beckham had enjoyed the finest campaign of his nascent career, guiding Manchester United to a second successive Premier League title and the Champions League semi-finals, when the Rossoneri came calling .

Milan had their heads turned by the 22-year-old PFA Young Player of the Year, now an established member of Alex Ferguson’s first team. “We have watched Beckham in action,” Arrigo Sacchi told News of the World. “And when our president Silvio Berlusconi wants something badly enough, he will break the bank to get it.”

Equalling Newcastle’s record of £15m spent on Alan Shearer the previous summer would certainly have been a statement. But United resisted Milan interest to hold onto their most prized possession.

Three years later, in 2000, their resolve would be tested even further. Spanish newspaper Marca said Barcelona had lodged a £45m bid for the winger, which would have shattered the marker set by Christian Vieri’s £32m move to Inter.

“When Figo left us, it was not only a great player departing, but the spiritual leader of the team itself,” former director, manager and coach Llorenc Serra Ferrer later revealed. “I said that we should try and buy Beckham, he would have adapted perfectly to the style of Barcelona.”

But it was not to be. The £37m landmark Figo set when he joined Real Madrid would go unchallenged, Barca made an unsuccessful bid for Beckham three years later, and Sullivan was rewarded for his role that launched the winger into the stratosphere by being presented as one of the first signings of Chelsea’s Roman Abramovich era. It was not for a world-record fee.

Thierry Henry
“We turned down world-record deals for Thierry from two Spanish clubs – and you don’t need to be a rocket scientist to work out who they were,” David Dein told the Sunday Express in May 2006, publicly divulging the extravagant plans of Osasuna and Extremadura.

“The two clubs in question don’t like to be outbid by each other. They were ready to go for it,” he added, if only to emphasise how impressive it was that Arsenal had persuaded the Frenchman to stay. Defeat to Barcelona in the Champions League final strengthened their case rather than weakening it, and a four-year deal was signed two days later to dispel speculation of a £50m move.

“The game reassured me of one thing I wanted to know – how far I can go with that team,” Henry said at the time. “I’ve never played in Spain and never will. This is my last contract.”

Cristiano Ronaldo
The longest standing world transfer record belongs to Bernabé Ferreyra, who reigned as the game’s most expensive player for 17 years from 1932, with an obvious assist from a literal World War. Next is Willie Groves, the first £100 signing in 1893; he would not be surpassed for a decade. But bronze on this particular podium is shared by Alf Common (1905-1913) and Zinedine Zidane (2001-2009), which goes some way to outlining the latter’s status as a modern anomaly.

Zidane’s £46m fee just after the turn of the millennium would not be beaten for eight years, but the wait could have been a little shorter. If Manchester City’s spending seems excessive now, their initial plans were considerably more grandiose.

“Ronaldo has said he wants to play for the biggest club in the world, so we will see in January if he is serious,” said Dr Sulaiman Al-Fahim on behalf of the Abu Dhabi United Group in the week of the club’s September 2008 takeover. “Real Madrid were estimating his value at $160m (£90m) but for a player like that, to actually get him, will cost a lot more; I would think $240m (£135m).”

In the same interview, Al-Fahim suggested Fernando Torres and Cesc Fabregas were also targets. By the end of the week he was shuffled quietly into the background; by February 2018 the ‘Donald Trump of Abu Dhabi’  – a less desirable nickname does not exist – was sentenced to five years in prison for stealing £5m from his wife to fund his six-week ownership of Portsmouth.

As for City, they themselves stated that further talk of Ronaldo joining for £150m in 2011 was “ill-informed and unfounded and nothing other than mischief-making”. But those first few post-takeover transfer windows really were something to behold.

Kaka
Take January 2009, for example. City signed Wayne Bridge, Craig Bellamy, Nigel De Jong and Shay Given during a busy winter to follow up on the arrival of Robinho the previous summer. Their initial targets were a little more ostentatious.

“We’re not anybody’s fool,” said then-executive chairman Garry Cook, hopefully not via email, with just over a week before the deadline. “We’ve turned down negotiations for three different players because we felt the demands both from the [selling] club and, in essence, the players have been ludicrous.”

The men in question were David Villa, Thierry Henry and Gianluigi Buffon, but Kaka was the real jewel in the proposed crown. Assistant manager Mark Bowen suggested the Brazilian was “very close” to joining as City were “selling the future plans of the club to the player”.

“The player was clearly for sale,” Cook added at the time. “We had entered into a confidentiality agreement weeks ago but, in my personal opinion, they bottled it.”

The pull of playing for Mark Hughes was just not enough. Kaka, for his part, recently admitted that “the only thing separating City and I was my final word”. It was not forthcoming, with his eventual world-record move instead leading to the Bernabeu.

But he was close enough to Manchester to inspire this:

can we stop for a moment to remember the city fan and his kaka tattoo pic.twitter.com/FDfzLSVgFE

Thomas Muller
As one of Ed Woodward’s four fantasy signings, a Manchester United offer for Thomas Muller was bound to come to fruition at some point. That it did so under Louis van Gaal 12 months before Jose Mourinho broke the world transfer record on Paul Pogba is the surprise.

“We had a mad offer from Manchester United last year, which was not a topic for one second,” Bayern Munich chief executive Karl-Heinz Rummenigge said in 2016. “We could have secured a world-record transfer fee.”

Considering Gareth Bale still reigned supreme at the time after his £85.3m move to Real two years prior, Muller would have pretty much cornered the transfer market. But would he ever have established himself ahead of Jesse Lingard in the pecking order?