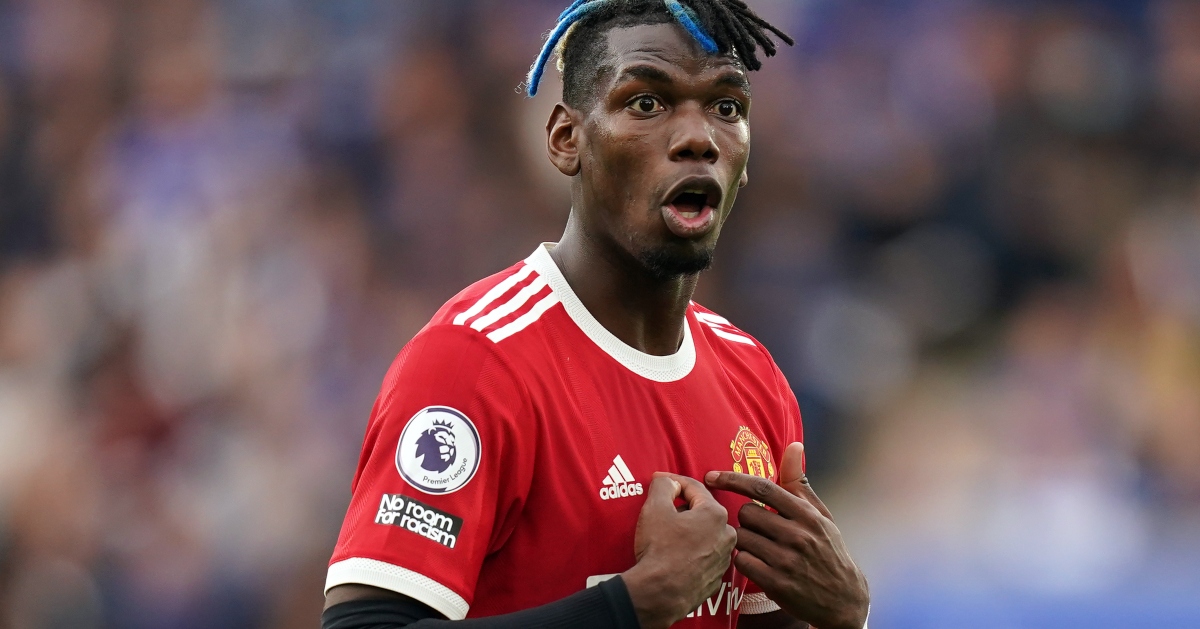 Paul Pogba has called bullsh*t on The Sun.

The United midfielder labelled the claim that he snubbed Ole Gunnar Solskjaer in the dressing room after Manchester United’s 5-0 defeat to Liverpool as ‘FAKE NEWS’.

Pogba entered the fray at half-time at Old Trafford, ceded possession for Liverpool’s fifth goal in the 5-0 defeat, before being sent off for a lunging challenge on Naby Keita.

And The Sun claimed the midfielder apologised to his teammates after the match, but ‘furiously’ blanked Solskjaer, who has reportedly ‘lost the faith’ of many of the senior players in the dressing room.

Pogba had to come from the bench in United’s last two games following the 4-2 defeat away to Leicester, after which he said: “We’ve had these kinds of games for a long time.

“We have not found the problem, conceding easy goals – we need to be more mature, play with more experience and arrogance in a good way.

“We need to find something, we need to change.”

And The Sun presumably felt that would have irked Pogba sufficiently to snub Solskjaer, so made up a story. At least that’s what Pogba claims.

The United midfielder took to Twitter to post a picture of the outlet’s headline, with ‘FAKE NEWS’ emblazoned across it, accompanied by the caption: ‘Big lies to make headlines’.

Sheingham said: “Does Ole get a fair deal? Yes, he gets a very fair deal.

“You’re managing Manchester United and you’ve stayed in the job for a long time and you haven’t won anything.

“Depending on how you look at it, he’s had a very fair deal to still be in a job.

“It does look like he’s been getting the club to progress, as a team, but that has faltered at the start of this season and that’s why so many have question marks against him.

“There has been a lot of protection for Ole from his former teammates and I’ve been just the same but he’s not stupid and he knows that the noose is tightening.