Colombia continue to take defeat well. Radamel Falcao says "he always made the calls in favour of England". 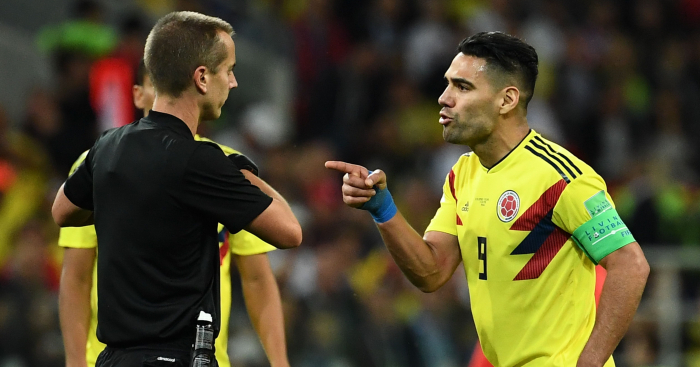 England overcame Falcao’s Colombia in the last 16 on Tuesday, drawing 1-1 after extra-time but beating them in a penalty shootout.

The game was tense and riddled with gamesmanship, such as Colombia scuffing the penalty spot before Harry Kane opened the scoring from 12 yards.

Kane was fouled nine times in all, while England even indulged in a spot of diving. You should read 16 Conclusions, really.

Falcao, who netted in the shootout but could not quite inspire victory, pointed the finger squarely at referee Geiger.

“I found it peculiar that they put an American referee in this instance,” he said. “To tell you the truth, the process leaves a lot of doubts.

“He only spoke English, some bias was certain. Through small calls he was pushing us [toward] our goal, that was clear for me.

“The referee disturbed us a lot, in the 50-50 plays, he always made the calls in favour of England. This situation was undermining us. He didn’t act with the same criteria for both teams.

“When in doubt he always went to the England side. It’s shameful that this happens in the round of 16 of a World Cup.”