Did Radamel Falcao try and 'fix' a World Cup qualifier. He has his say. So does Nolberto Solano. 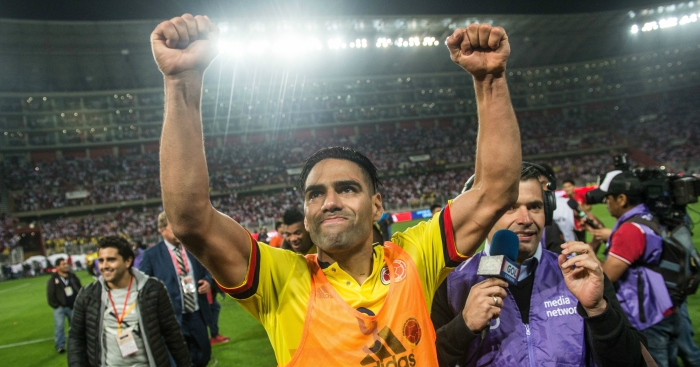 Radamel Falcao has spoken out amid claims that he tried to persuade Peru to settle for a draw in their World Cup qualifier against Colombia to send both nations through to the tournament.

Falcao was seen talking to Peru players during the 1-1 draw earlier in the week, with the Colombia striker covering his mouth.

Falcao convincing Peru players to settle with a draw, as that would qualify them both. Media in Chile are livid. pic.twitter.com/c8qotSAS7c

Both nations knew they would qualify for the World Cup with a draw, as the eventual 1-1 scoreline proved, with Chile being knocked out.

Falcao was asked about the speculation after the game, and offered something of an explanation for what the angry Chilean media is describing as the ‘Lima Pact’.

“We knew what was happening in the other matches, we were playing with [the knowledge of] the other results and in that moment [I tried] to transmit that [to Peru],” he said.

“But I think Peru has been a worthy rival, they fought for 90 minutes just like us. The match was very tight. We suffered a lot but in the end we did it.”

Peru midfielder Renato Tapia appeared to confirm something of a ‘Lima Pact’ after the game.

“In the last five minutes, the Colombians approached us. They knew what the situation was in the other games,” Tapia told Panamericana TV.

“So we managed the game as we needed to… I spoke with Radamel, who told me we were both qualified (as things stood), but it’s football and we play to win.”

Nolberto Solano, now a member of Peru’s coaching staff, even had his say.

“We needed to win, them too,” said the former Newcastle winger. “What pact? That’s speculation.

“Obviously, at the end, we knew what the other results were and you tell yourself, ‘Calm it down a bit, we mustn’t take any risks.'”