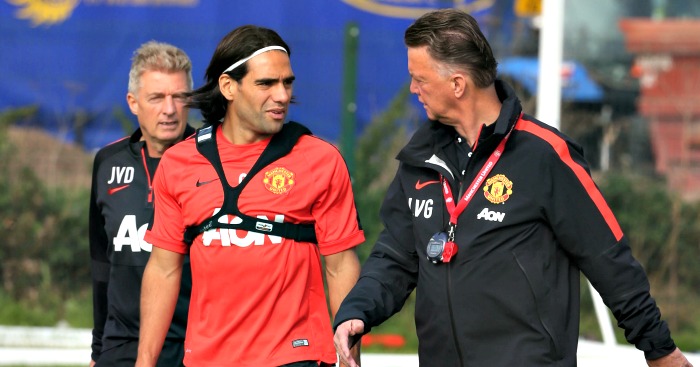 United had the option to extend Falcao’s deal and sign him permanently from Monaco but they understandably declined.

The Colombian left Old Trafford in the summer and joined Chelsea, where his struggles have continued with one goal in nine games.

Discussing his year-long spell at United, Falcao explained why he failed to make an impact.

“At Manchester, it was complicated,” he told El Tiempo. “Everyone saw how situations of instability were generated, then somedays I played, others not, 60 minutes here, then 45, and then 20.

“This caused instability and then you don’t know where you stand, or what the manager is looking for footballistically as he seems to prefer others. These are situations that happen in football.”

Asked whether he has a problem with manager Van Gaal, Falcao replied: “No, not at all. We had discussions that you have in a football team as to why I’m playing or why not, but it was always with respect, and at no time was there any kind of problem.”