Home Mailbox With ‘fans’ like Man Utd’s, who needs detractors? Pogba should go… 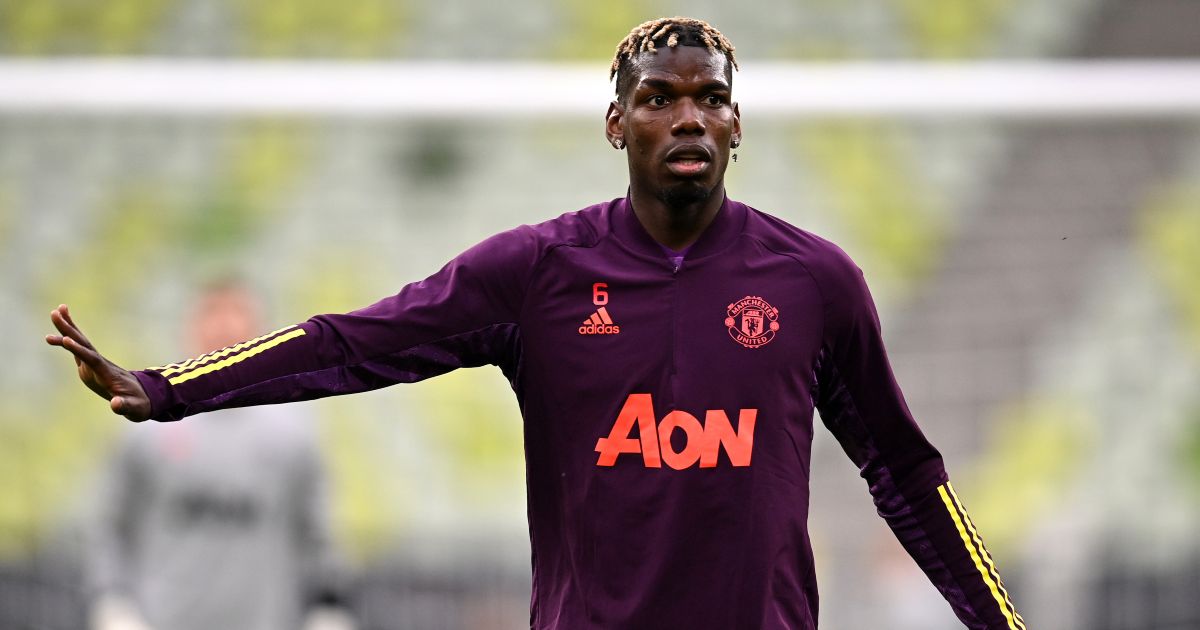 We need your mails! Send your views to theeditor@football365.com…

Man Utd’s summer recruitment and Pogba
With the arrival of Sancho and the hopefully impending transfer of Varane, it naturally made me think of Pogba’s plight.

When he was brought back to Man Utd at the beginning of Jose’s reign, as Ian Watson said himself, it was to prompt a return to the glory days. Poor Pogba, little did he know at the time that Man Utd’s failure to compete would be entirely his fault and his alone.

Why is this never asked from other players?

Just Pogba, with his flashy haircuts, silly dances and his massive transfer fee. If this was a marriage, this is an abusive marriage where the club promised Pogba we would look after him, we would provide for him, we would be the support he needed to be happy, and instead found himself in a dysfunctional shack, plagued by indecision and under-investment, unfair expectations placed on him and all the blame when it went wrong.

If he goes to PSG (or any other club) I couldn’t blame him. With “fans” like ours, who needs detractors? He was promised trophies and medals at Man Utd, we’ve delivered a League Cup, a Europa League, and a Community Shield. I don’t think I need to go over Man Utd’s league performances since he joined. He’ll go to PSG, and win everything that there is to win in France. He’ll play alongside Verratti, Di Maria, Neymar, Hakimi, Ramos, Mbappe. He’ll probably at least get to a CL final, and play under a decent manager. He’ll get to live in his home city and not have the toxicity of the UK media and Man Utd fanbase on his back the entire time. And to top it off he’ll earn a shedload while doing so. In short, I think there’s a lot going for the move.

This said, I don’t think it will make him happy. I don’t think it’s a big secret he’d rather go to Real Madrid or even Barcelona. PSG are not only nouveau riche, they play in a league that isn’t respected and where PSG still lost last season. If he moves to PSG, I think he’ll essentially be digging a Harry Kane style hole for himself, because if he moves, PSG will not sell, nor will they have to, and no club, Real Madrid or otherwise, will want to pay his wages. So he’ll be stuck in Paris (admittedly there are worse places to be stuck) with a collection of trophies and medals no one really respects, unable to move to the club that he actually wants to go to, knowing all the while he failed to make it at Man Utd twice. And I do think he knows that, and I do think he will feel some level of regret and personal responsibility for that. It wasn’t the dream return he would have hoped for.

Overall, I think Pogba would be much better off staying at Man Utd for another season and then leaving on a free to any of the clubs that will be desperate to sign him. With Sancho and Varane, and hopefully a solid CDM (If not Camavinga then Ndidi anyone?), he might finally win something more meaningful at Man Utd, it might even make him enjoy football in Manchester again. And if not, then at least he can go where he likes the season after and be truly selective.
Daniel (just pony up Ed!) Cambridge

Solskjaer fan boy…
…Season not even started yet and the agenda seems to be that OGS is tactically out of his depth and wont win anything despite flunking millions. I don’t get the tactically inept bit, he’s beaten Pep, Brendan, Jose, Tuchel among others. Yes we’ve drawn or lost to inferior teams too but you cant have one part of the narrative without the other.

United fans I know generally think he’s doing a great job, better football, more goals, younger squad, getting rid of the deadwood and his transfer policy so far has been spot on. It wasnt long ago we were buying Schneiderlin, Schwinsteiger, Darmian, Fellaini, Falcao etc. Players either past their best or even at their best never going to be top class. Generally good performances will result in winning more than you lose, yes we’ve got to get over the final hurdle and win something but it will happen. City squad is getting older, Spurs are finished, Liverpool have exhausted salah mane and firmino with an average midfield, Chelsea have improved but need a fwd and Kante and Thiago arent getting younger.

Ole came in, accepted the squad he had cant challenge for a couple of years but started bringing players in who will peak as city and liverpools begin to decline. From where I sit, that plan is still right on track.
Sid

Your rivals must remain competitive
I did forget to mention one important detail in my mail, I am NOT an Arsenal fan. Only surface examinations led me to suggest that they could be title challengers next season. I do see the flaws in my suggestion. I am more likely to hate Arsenal than like them, and still,

I would rather have them in the CL than Ferencvaros or Baseksehir. Why?

Well, isn’t that obvious, it’s nice to be able to troll your rivals but it should not last for too long, you want your bitter rivals to be relegated but let’s be honest, you don’t want them to stay there, do you? You want them to fail to make Europe but you also want them to return, don’t you?

Liverpool fans, will you prefer it if man utd simply disappeared into oblivion never to return again? Man utd fans, will you prefer if such happened to liverpool. Do you think Barcelona fans want Real Madrid to disappear? Because your rivals must remain competitive, the biggest game should be the el classico, and for that to happen, the results must fluctuate, for that to happen, you must know that those two are the biggest, for those two to be the biggest, they must have history of winning.

But Arsenal now go into a game against liverpool and man city as the overwhelming favourites to lose, they now go into a league season with less than 30% chance of winning it. That should not be and for once I think they have the will to change this. From the players being linked to them, it is obvious they know what they need, the team still lacks strength in depth but strength in depth is considerably overrated, Liverpool lacked strength in depth and still won everything, Shaqiri, Origi, Milner all those guys only played when Klopp’s hand was forced most of the time, they can do it if Arteta is any good.

Make no mistake, I want them to be contenders but I don’t want them to win, don’t even make the top 4 and I will gladly laugh at you, but for the sake of those who support you and even your bitterest rivals, you need to rise again, but if you don’t, history dictates that a new force will rise to take your place.
Sa’ad 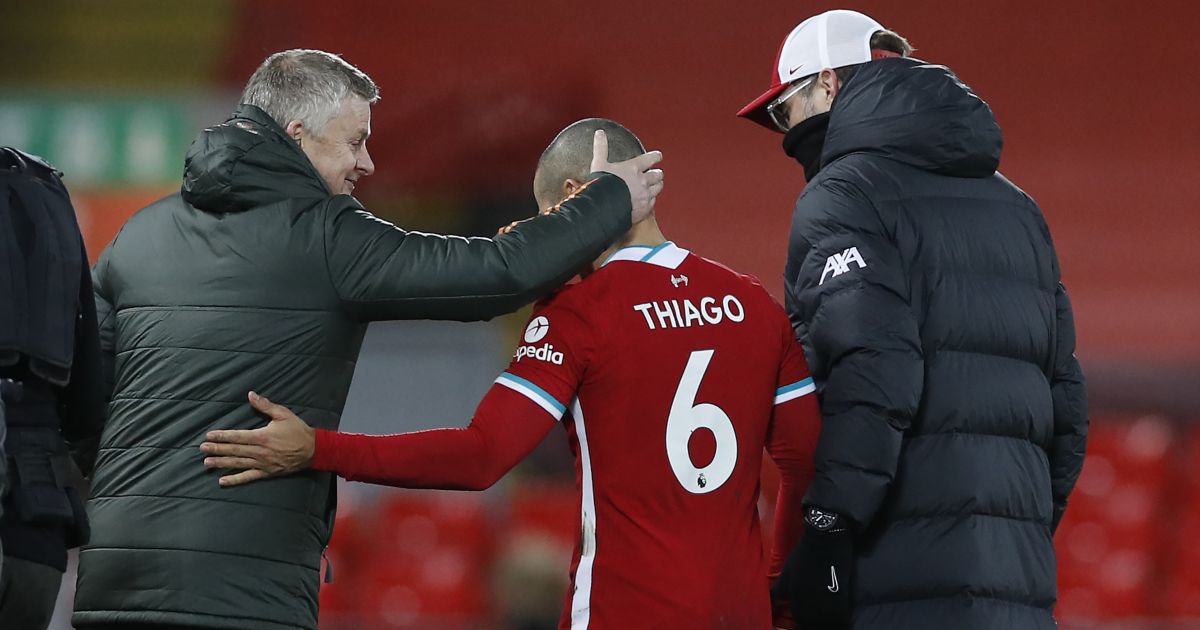 Greatest goal of all time
I got to watching a few clips of some of the greatest goals of all time and decided to configure a best goal ever scenario. Completely possible.

So being it could be a screamer, maybe a long dribble, perhaps a last minute winner, possibly to win a cup or the league. I’ll go with the lot.

It will be an Agueroooo! type moment. It’s the last minute, games tied, final game of the season. For the sake of it it’s Brentford, miraculously up for the title up against City. Chelsea have already won and only a win from either team can clinch it from them at this point. Penalty City.

Up steps Kane and he is denied by David Raya!.

DR doesn’t wait around and plays a clever pass to right back who gives it back to DR, who then plays another one-two and proceeds up the pitch playing neat one-twos past the City midfield.

He reaches the halfway line. Drop of the shoulder here, the occasional Meg and some new found pace and he’s 30 yards out.
Does he go for power or grace? It has to be both. He does a roulette around Stones and unleashes fury which cannons right off the cross bar down and in. Walker zips back to clear it away.

But it may have looked like it wasn’t over the line but surely it was. The ref hasn’t yet blown the whistle.

DR then collects the rebound onto the chest, Berkamps it past Dias, and finish’s again, this time with a bicycle lob from 25 years over the hapless Ederson, who almost gets there but it was right in the top corner.

It’s so good they give it to him twice. 3-1 Brentford.
Calvino (This is what happens when there is no football on)

If I was in charge…
Of everything I’d start making some rules. All football boots to be Puma King or Adidas World Cup (and black). Kits changed every two years. No transfer gossip except for in the Sunday papers.

And only popcorn allowed in cinemas. If you want to eat a meal, eat a meal in a place where meals are supposed to be eaten.
Dan M

Harry Kane, the source…
So the first i heard about this Harry Kane to Manchester City “done deal”, was on talkSport as i drove into work, please do not judge my choice of my radio station i just could not be bothered to plug my phone in to put on Spotify, anyway the way it was presented it sounded as if it had been done, signed and official, little did i know it really was not the case at all.

After a bit of light research it was clear this came from the Sun, now if we are all honest there are a variety of outlets within the UK that we choose not to read or even trust, one of those being The Sun, a newspaper that could tell me that Christmas Day is on the 25th December and i would have to research to check if they were talking nonsense.
Mikey, CFC

Why have I had this dream about Alan Smith?
This probably isn’t important but last night I dreamt that Alan Smith (the Man Utd one) described a chronic back injury to me in lots of detail and showed me footage of him being subbed off injured in games, describing what each injury was.