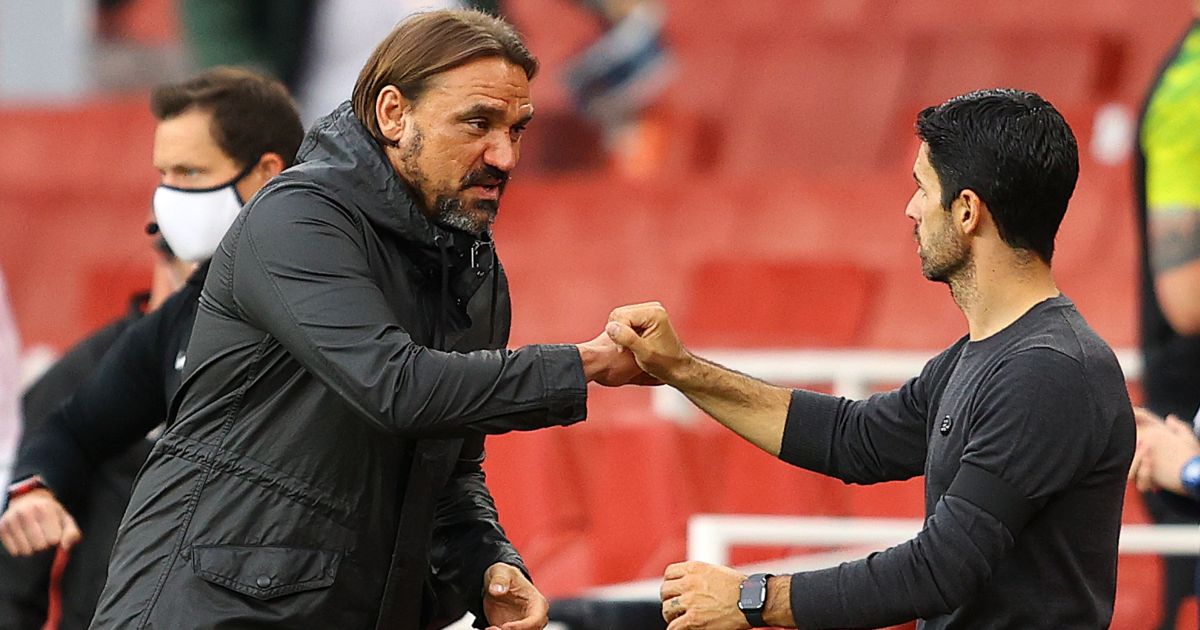 Norwich head coach Daniel Farke feels Arsenal boss Mikel Arteta is not about to “crack” – even if his side crank up the pressure with a positive result when they head to the Emirates Stadium on Saturday.

The Gunners sit bottom of the Premier League table, one place below Norwich, after losing their opening three games of the season.

As the questions over the direction of his team continue to mount, Arteta admits Saturday’s showdown with the Canaries is an early “must-win” game.

Farke, though, is confident no matter what the final outcome this weekend, the Spaniard will remain determined to prove the doubters wrong.

“It is not my style to comment on the situation for other clubs or circumstances, all I can say about Mikel Arteta is he is a fantastic guy, we have met several times,” said Farke, whose side are also without a league win this season.

“He has unbelievable football knowledge with unbelievable experience, who tries to bring his own handwriting on to this team.”

Farke added: “In this business there is always pressure, and Mikel knows it – especially as he has played for some of the best clubs in the world.

“He has handled this pressure as a player and believe me, he will not crack under any pressure as a coach. He is much too smart, intelligent and such a good person.

“Without judging the Arsenal situation, I think he will have a great career as a manager.”

DF: I think he (Mikel Arteta) is a fantastic manager, with fantastic values, and he is an unbelievably great guy.

Arteta has seen his selection problems ease in recent weeks after a series of Covid-19 cases hampered Arsenal’s start to the season, which opened with a 2-0 defeat at newly-promoted Brentford.

Farke said: “Arsenal have a lot of quality. They were also struggling in the first few games with their availability, right now they are all back to fitness and all available.

“We don’t fear them, but we respect them. We are not the favourites in this game, but it is an opportunity to get off the mark and win some points.”

Norwich have bolstered their own options during the summer.

Farke, though, is wary of throwing the new recruits into the heat of Premier League action too soon.

“In general you have to watch and judge every individual’s situation, sometimes you cannot immediately throw a player into the mix,” said Farke, who will make a late decision on American forward Joshua Sargent following his trans-Atlantic return.

“Ozan Kabak is a player full of potential, but he is a young player and his last league game was in April for Liverpool and (he) just had a part of pre-season for Schalke, so his only competitive minutes were (for Turkey) against the Netherlands.

“Perhaps it is a bit easier for Mathias Normann, because he had a proper pre-season and also league games, then (played) again with the World Cup qualifiers.”

Farke added: “We are all happy that we have them, they will help us in the medium and the long term, but how quick we can throw them in, we will have to see.”