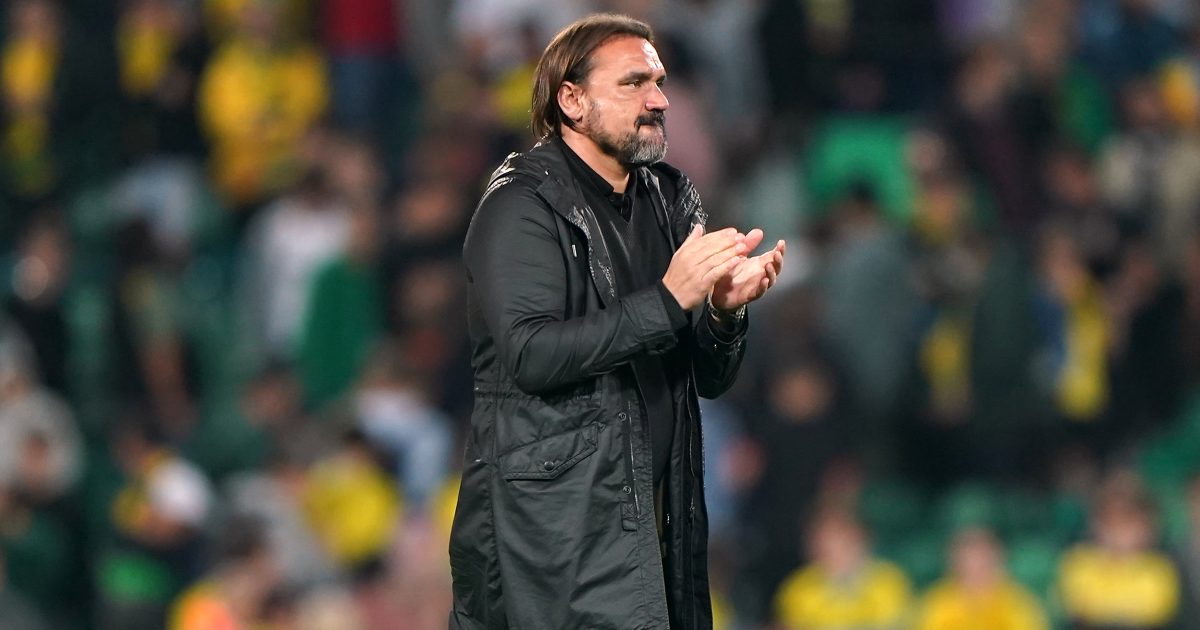 Daniel Farke believes he has “credit in the bank” as Norwich City boss even with them losing their first five Premier League games of the 2021/22 season.

The Canaries are without a point from their opening five games of the season. They will look to get off the mark on Saturday as they face Everton.

Norwich exited the Carabao Cup in midweek as they were beaten 3-0 by Liverpool.

However, after steering Norwich through a testing period financially to secure two Sky Bet Championship titles in the past three seasons, delivering an instant return to the top flight following relegation, Farke maintains the club is built on strong foundations.

“There is always pressure on this level,” said Farke, whose team had opened the campaign with arguably the toughest of starts against Liverpool, Manchester City and Leicester before losing 1-0 at Arsenal after the international break.

“Of course we have credit in the bank, that is also definitely for sure.

“It is a different situation to four years ago where no-one knew you – now you have proven you can win trophies and can do good things.

“Our supporters were not unbelievably happy after the Watford game, were booing a little bit – and if you judge it in a level way, you would expect this a little bit.

“There is a bit of negativity perhaps from the national media because they do not know really exactly each and everything about where we are coming from or the fixture list.

“They just watch the table, with nil points, and say ‘okay we have to criticise a bit’.”

Farke continued: “One thing is for sure, we know that we will not change our ways, so nothing will happen here.

“We are fully convinced in our way and how we act, that the key persons are the persons in the right place.

“It is not like we sack the sporting director or the head coach or the players, then buy players for £30million and change our football.

“Of course we are looking for improvements and to be flexible.

“At the moment we have to be focused a bit more on protecting our own goal, but all in all, we are fully convinced of our way and this is the way we will go forward.”

Despite Norwich’s shortcomings on the pitch so far, Farke insists no-one is about to throw the towel in on their season just yet as he looks to get a first positive result of the campaign at Goodison Park.

“We wanted to be there with more points, especially against Watford, but that does not mean we raise the white flag,” the German said.

“We have analysed things in a self-critical way, but we will not lose trust and be panicking.

“If we stay focused and improve the little margins, then we have a chance to improve and to win many points during the season.”