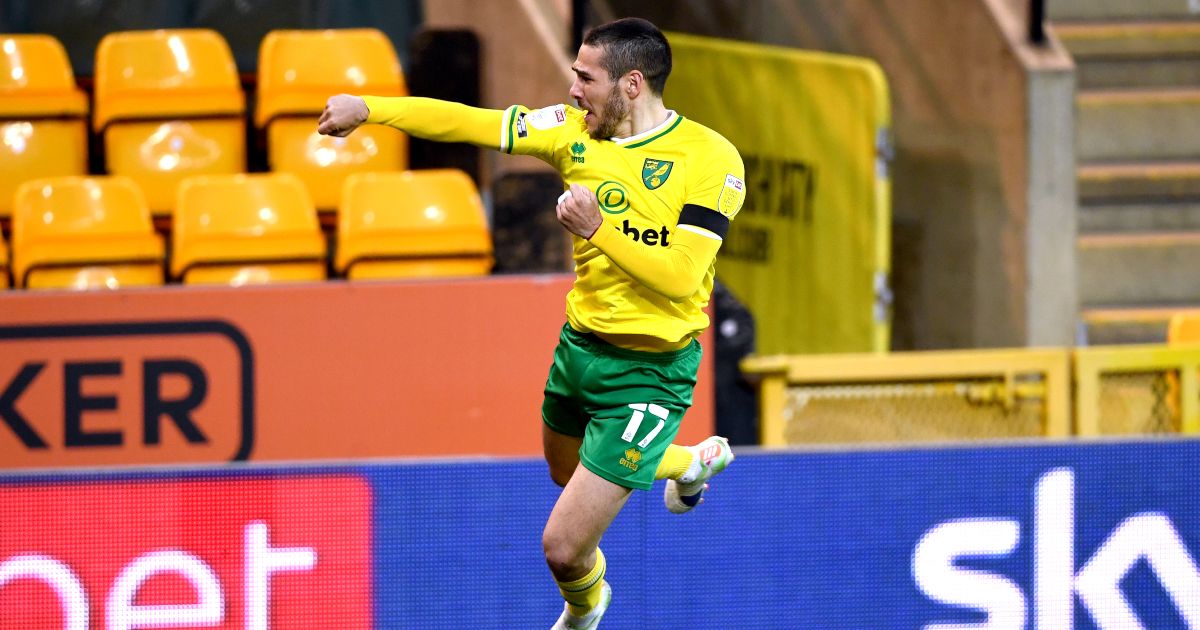 Norwich head coach Daniel Farke remains confident the club will get to see the best from Sky Bet Championship player of the season Emi Buendia back in the Premier League.

The Canaries have already secured a swift return to the top flight and can wrap up the title with victory over Reading at Carrow Road on Saturday.

Argentine playmaker Buendia has been integral to Norwich’s success this season, leading the division in assists as well as scoring 14 goals.

On Thursday night, Buendia was named the EFL’s Championship player of the season.

Norwich full-back Max Aarons, himself linked with a big-money move away, captain Grant Hanley and forward Teemu Pukki were also all in the team of the year, while Farke took the manager’s accolade.

Buendia, 24, is on a long-term contract with the Norfolk club, having signed from Getafe in a £1.4million deal during the summer of 2018, and was voted player of the season by Norwich supporters.

While Farke accepts every player has their price, the Canaries boss sees no reason why Buendia should not want to showcase his talents in yellow and green again next season.

“He has been unbelievably important for us during the past season and as long as we have him it is a joy to work with him, to have him in the team and for our supporters.

“You have to love his creativity and skills. Hopefully he can shine also in the future for us.”

Farke accepts that should “crazy offers” come in for the likes of Buendia, Aarons and midfielder Todd Cantwell, then the club might have to consider the bigger picture.

“We have to be realistic, we are self-funding club and will always have to develop our players,” said the German, who took over in May 2017 and went on to guide Norwich to promotion as champions in 2018/2019.

“Sometimes you also have to accept if a player has outgrown the club, then there is a solution – we had this in the past with James Maddison, when without the transfer fee it would have been difficult to keep the club going.

“Now, though, we are in a much better position.

“We are not struggling financially any more and are ourselves playing on the big stage of Premier League level, for that I am not in fear that a player of this category has to leave.”

Farke added: “They are all on long-term contracts, so if a club really wants to buy one of our key players, they have to invest an unbelievable amount of money, and it would be pretty difficult.

“But if there is a club which wants to do this and put some crazy offers out, then it is more like you can also use this money to improve and move on as a club.

“As a head coach, though, my first topic is that I want to work with our best players.”

Norwich lost back-to-back home games against Bournemouth and Watford immediately after promotion had been confirmed.

Having returned to form with a 3-1 victory at QPR last Saturday, Farke hopes his men can finish the job against the Royals on Saturday to deliver what would be a second Championship crown in the past three seasons.

“We are greedy and motivated for the title,” said the Norwich head coach, whose side hold a five-point lead over Watford.

“We have two tough games left and there is work to do.”