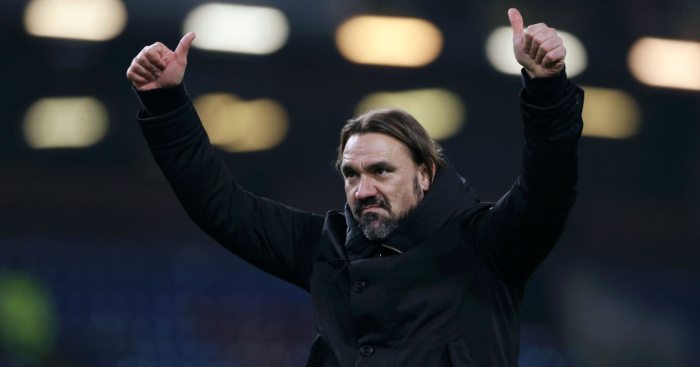 Norwich boss Daniel Farke hailed the Canaries’ rare progress into the FA Cup fifth round and insisted it could provide a major boost to their top-flight survival fight.

Second-half goals from Grant Hanley and Josip Drmic earned a 2-1 win at Turf Moor over a Burnley side who gave themselves hope through a 72nd-minute strike from Erik Pieters.

Despite making seven changes from his side’s unlucky defeat at Tottenham, Farke stressed the importance of his side’s progress to this stage of the competition for the first time since 2012.

Farke said: “My feeling is it could have a really positive influence on the league because it’s good for the rhythm and confidence of the players who have not been so involved in recent weeks.

“It’s another great away win after a really top-class performance against Tottenham with an unlucky outcome, so we are heading totally in the right direction.

“We were able to bring this tight result over the line in a cool and composed manner. We never had the feeling there would be an equaliser, and that was because of our focus and discipline.”

He added: “I can’t predict what will happen but realistically I don’t expect any business because we don’t have the money to spend in order to bring in quality players.

“We don’t just need more bodies, we need players who can really help us to improve. Players are costly anyway but in the January transfer window it is even more complicated.”

Sean Dyche defended his decision to make five changes to the team that won at Manchester United in midweek and bemoaned his side’s inability to take their chances.

Dyche said: “The first half was a bit of a ding-dong and in the second half we huffed and puffed but we couldn’t find the quality we needed, and we let two soft goals in.

“They were good changes. They are good players and they need to play football. I thought we’d be strong today and I was really confident with the way the week had gone.

“It’s disappointing because at the end of the day the only thing we haven’t had here is a really strong cup run, and I thought going into this game there was such a good feeling.

“But it’s just logic. It’s not about the FA Cup – I’ve had great times in the cup as a player – but the Premier League is so powerful now and our part in it is so important.”