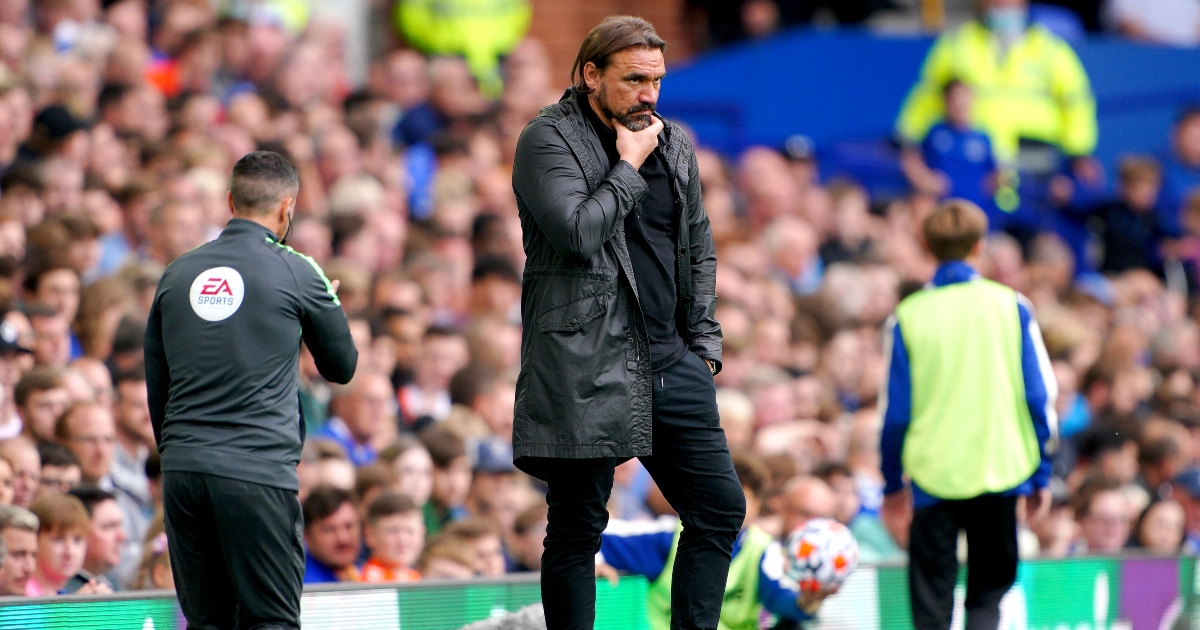 Norwich City boss Daniel Farke has insisted he will not change his side’s style of play as they fight to stay in the Premier League this season.

The Canaries have started the season in woeful fashion. They currently sit bottom of the league with zero points from a possible 18.

Farke’s men face Burnley – who are also winless in the league – at Turf Moor on Saturday in a crucial fixture for both sides.

The German head coach accepts he must be flexible in order to survive in the top flight, but insists he will not abandon Norwich’s high-pressing style.

“Last season we were praised a lot for our offensive attack, possession quality and goals, but one of our major strengths was also to be rock solid in defending with many clean sheets.

“But I do not think we improve right now if we just put the ball on the stand and into the river, just put long balls up to Teemu Pukki.

“We don’t have these type of players, so it is quite important we are good in possession.”

Farke added: “For me our approach at Everton was a role model for me in how we want to defend.

“We only allowed one chance for the home side, looked absolutely compact and solid – that is not always a guarantee though that you return to the dressing room with a clean sheet.

“You cannot be like a flag in the wind, that you train, play in a special way with a special philosophy and then say ‘no, right now we play completely different football.’”

Despite Norwich’s shortcomings so far, Farke remains confident all is not yet lost.

“We are not happy we are bottom of the league with no points, but we also know the reasons,” he said.

“We are focussed and know what we have to improve.

“If we can show a bit more quality and efficiency in both boxes, then we have more chances to win many points in this league.”