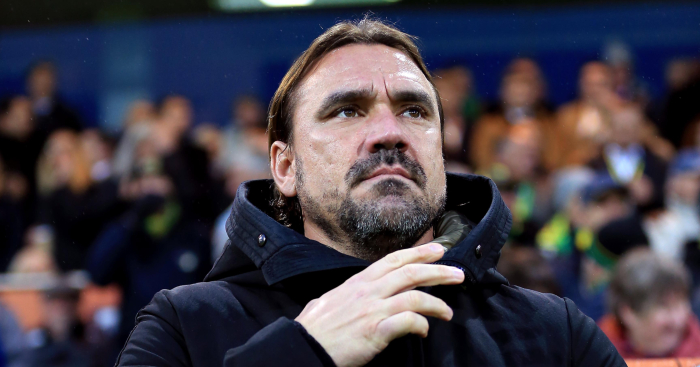 Norwich head coach Daniel Farke has warned his squad not to let injury setbacks derail their bid to stay competitive in the Premier League.

The Canaries head to Crystal Palace on Saturday without goalkeeper Tim Krul, who has a back issue, while midfielder Alex Tettey is sidelined by a groin injury picked up in last week’s defeat at Burnley.

Defender Max Aarons, though, provided some positive news with an earlier-than-expected return from his ankle problem sustained while on international duty with England Under-21s.

After pulling off a shock 3-2 home win against champions Manchester City, the promoted side were brought back down to earth by a sobering 2-0 loss at Turf Moor.

Norwich are expected to be scrapping for every point in the battle to keep themselves clear of the relegation dogfight, and Farke maintains there can be no excuses – no matter how busy the treatment room.

“When you have to play without many key players, then it is always difficult to gain points at this level, especially for us who is always the underdog in every game, but we never complained,” the Norwich head coach said.

“I told the lads it is not just to speak about that after the international break I hope at least a few players will come back.

“Of course we will then be more competitive, but it does not mean that we can say ‘Right, after the international break we will start to gain points’ – no, it is even more important to gain some points right now.

“My feeling is if we are able to win points, even in this situation, then these points are worth even more than in a normal situation, for that we are even more greedy to win some points.”

Farke continued at a press conference: “We have spoken pretty honestly about what we could have done better (at Burnley). There were also a few good things, but generally we were disappointed.

“It is not like we are saying ‘OK, with these injuries we are happy for a close loss’.”

Back-up goalkeeper Ralf Fahrmann has been managing a groin problem, so veteran Northern Ireland international Michael McGovern is on standby.

Farke said: “If I have to play with Michael McGovern, I am not concerned. He is a great lad and is always ready to take his chance.

“He is so professional, he is always analysing the strikers of the opponent with Ralf and Tim. In training, he always delivers.”

Farke is expecting another stern away test of his side’s top-flight credentials at Selhurst Park.

“Palace are well-structured and disciplined,” the Norwich boss added. “We have to be pragmatic and work methodically.

“However, we don’t want to just protect our own goal, we are good when we control the ball and attack.”