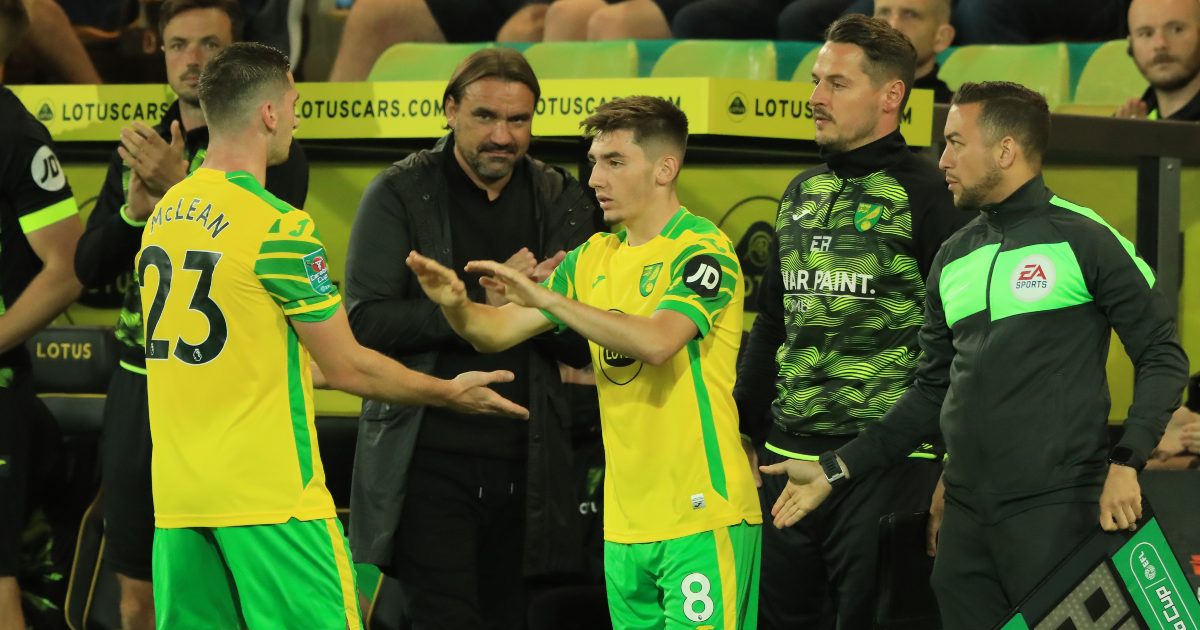 Norwich City boss Daniel Farke has explained why Brandon Williams and Billy Gilmour have not featured consistently for his side this season.

After being relegated from the Premier League at the end of the 2019/20 season, Norwich earned promotion back to the top-flight last year.

The Canaries were busy in the transfer market this summer. Williams and Gilmour were among their signings.

Both players were expected to be integral figures for Norwich this season. They have been in and out of the team so far this term, though.

Williams and Gilmour have each only started half of Norwich’s eight league games. The promoted side are winless in the Premier League as they have picked up just two points.

As reported by The Metro, Farke has stated that he is under “no extra pressure” to play the youngsters:

“Big clubs like Manchester United and Chelsea don’t want it easy for their players,” said Farke.

“If they want to be Manchester United, Chelsea or Tottenham players one day, then they need to make sure that they face this challenge and step up to this challenge.

“For that, there is no extra pressure. I am not here to please Manchester United or Chelsea, or Tottenham last season. I am just here to win points for Norwich City.

‘”It’s not about Billy Gilmour or Brandon Williams, or Kenny McLean or Teemu Pukki who are our players, we just like to play with the players to help us to win points.

“This is the challenge that, for example, our loan players want to have. It is not a gift that we play them because we have loaned them and they want to play many games.”

On Gilmour: “It’s the wrong picture of what he has done. Yes, he was not in the Burnley game or at Everton but, to be honest, he had a difficult pre-season.

“He came later due to his Covid situation and due to the Euros. He played in the first six games more minutes than any other midfield player for us.

“The first time he was out was for Arsenal because he had played three games for his country and I had to look after this guy a bit.