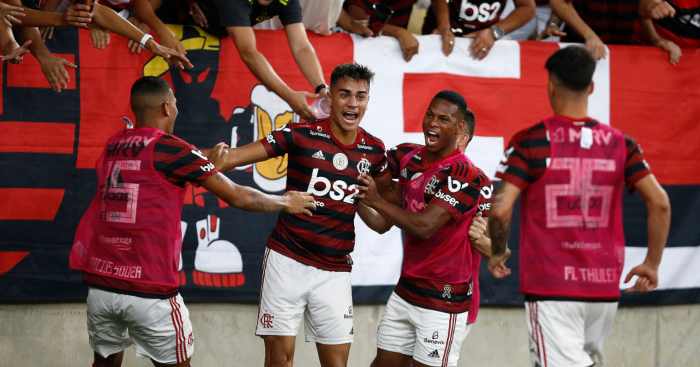 New Real Madrid signing Reinier was attracting interest from Liverpool and Arsenal prior to completing his switch to La Liga, according to his father.

Los Blancos completed the signing of the highly-rated Brazilian teenager from Flamengo on a contract until 2026 on Monday.

Reports in Spain suggest the fee is in the region of 30million euros (£25m) for the attacking midfielder, who is set to initially join Real Madrid Castilla once he has finished playing in the CONMEBOL Pre-Olympic Tournament next month.

On the signing, Real boss Zinedine Zidane said: “He hasn’t been here with us yet and we have to take it step by step.

“The idea is that he is a player for the future. He is a technically very good player, which is his main quality”.

However, Reinier’s father claims that the 18-year-old was wanted by a host of clubs – including Arsenal and Liverpool – before deciding on Real Madrid.

“There were contacts with Barça, but very weak, nothing as strong as Real, who came and made the offer. There were also contacts with Juventus, Arsenal, Liverpool, Borussia and Ajax,” Mauro Carvalho – Reinier’s dad told Cadena Ser (via Sport Witness).