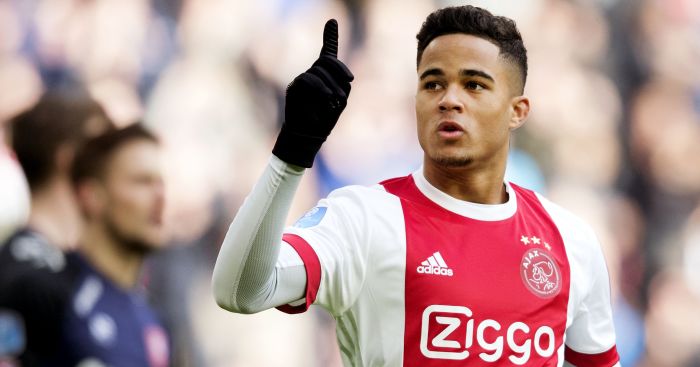 Former Barcelona striker Patrick Kluivert has warned his son, Justin, against a move to the La Liga giants.

Kluivert Jr has made a big impression by bursting onto the scene at Ajax this season with 10 goals and five assists 30 Eredvisie appearances.

Reports have linked Kluivert Jr with a move to Barca in recent times as well as Manchester United and Roma but his father is encouraging his son to take baby steps.

“The truth is that now is not the time,” said Kluivert Snr told Ole.

“He is just in his second year in the Netherlands and moving to a club of the magnitude of Barca should not be the first choice.

“For now, go step by step, calmly and calmly, but as a father I will support him in anything he decides.

“I try, I tell him, he is 19 years old and thinks he can play with [Lionel] Messi, Luis Suarez, [Sergio] Busquets, [Philippe] Coutinho … But he has to do more yards.

“When a team sits down to negotiate in earnest, they will have to explain the project, what they want from him, and then it will be my son who decides if he accepts it.”