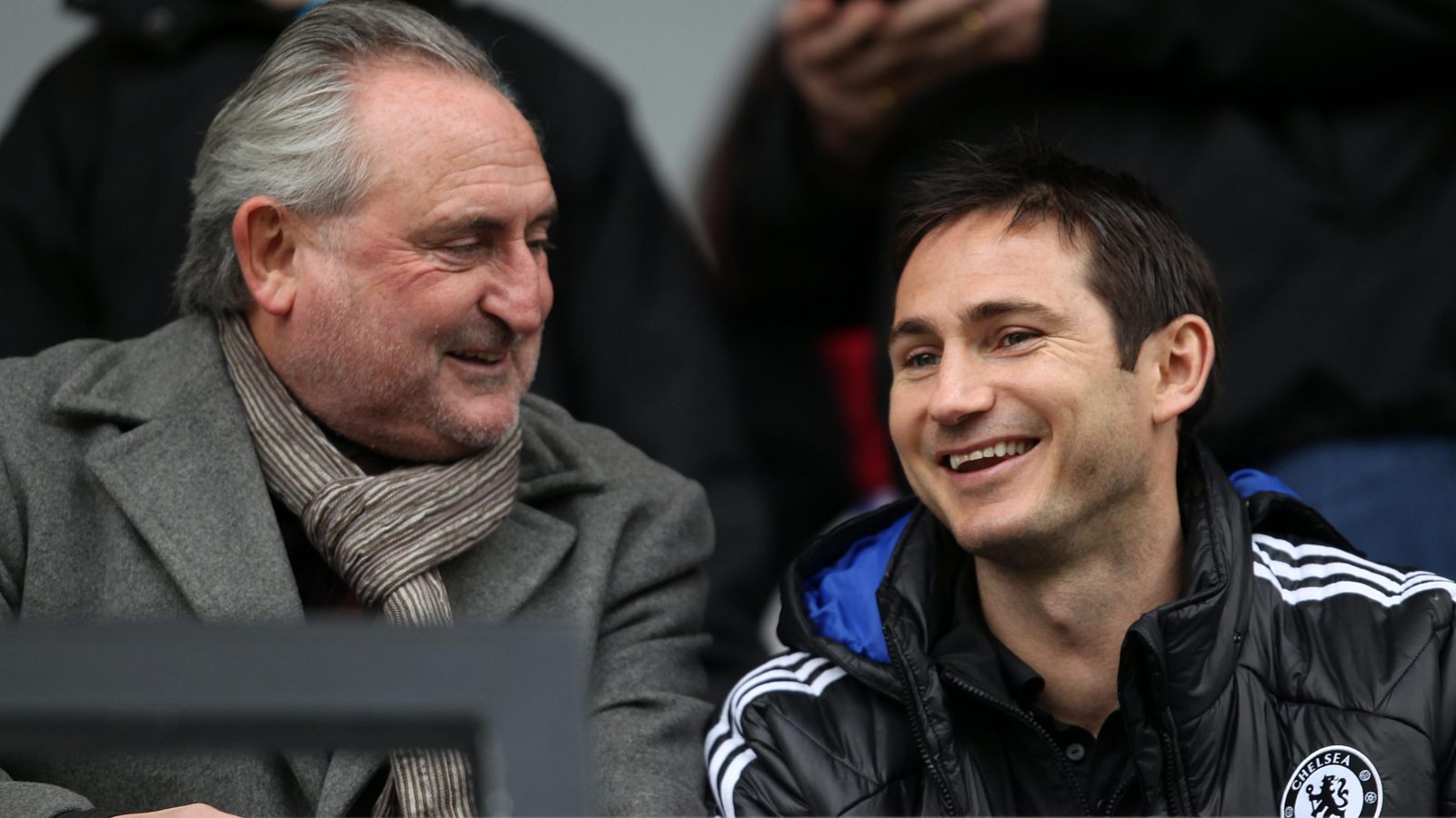 Happy Father’s Day to these dads who had their achievements in football surpassed by their lads. One was literally replaced by his son…

Erling Haaland’s arrival at Manchester City means the Norwegian star has followed his pop’s footsteps and the young striker looks certain to surpass Alf-Inge’s achievements in the game. As it’s Father’s Day, here’s an XI made up from Premier League players who were clearly taught well by their dads and ended up having a more stellar career than the men who raised them…

Goalkeeper: Wojciech Szczesny.
Pepe Reina is a potential option for the goalkeeper spot in this side but it’s debatable whether the former Liverpool stopper had a better career than his father Miguel or not, given his old man did win a La Liga title and served as Barcelona’s number one keeper for an extended spell; two things his son never managed. Szczesny takes the spot instead, with his dad Maciej spending his club career in his native Poland and only collecting a fraction of the number of international caps his son has amassed. If you fancy a goalkeeper challenge, try naming the ex-Spurs ‘keeper who was a familiar face in the Premier League for over a decade but had a father who spent most of his time in-between the sticks in the lower leagues.

Centre-back: Gary Mabbutt.
An own-goal that gifted the FA Cup to Coventry in 1987 aside, Mabbutt’s long spell at Spurs is still remembered fondly by the White Hart Lane/Tottenham Hotspur Stadium faithful. Before arriving in north London, Mabbutt lined up for hometown club Bristol Rovers, where his dad Ken played in the fifties and sixties. The younger Mabbutt’s move to a big club and the international recognition that followed meant his career eclipsed that of his father.

Centre-back: Marco Materazzi.
Marco Materazzi’s short stint at Everton in the late nineties was largely forgettable but his career did end up containing a fair few highlights, including being on the end of Zinedine Zidane headbutt in the 2006 World Cup Final. Italy did of course go on to win the trophy on penalties after Zizou’s dismissal, meaning the foul-mouthed Materazzi got his hands on the most-prized possession in the game, something his uncapped father Giuseppe never came close to achieving.

Centre-back: Jose Fonte.
Fonte’s career looked to be passing by without international recognition but his good form for Southampton led to a call-up at the age of 30. Half a century of caps later, including wins at Euro 2016 and the 2018/19 Nations League, Fonte has surpassed the achievements of his father Artur, who played in the Portuguese top flight in the eighties.

Right-wing: Alex Oxlade-Chamberlain.
Although it’s been a few years since Oxlade-Chamberlain featured for the Three Lions, his collection of England caps far outweighs his father’s. Mark Chamberlain played for his country eight times during the Bobby Robson era, whilst his club career saw him feature for Stoke City, Sheffield Wednesday and Portsmouth in the top flight, missing out on the domestic honours his son has to his name.

Central-midfield: Frank Lampard.
Like Oxlade-Chamberlain, Lampard had an England international to look up to as a child but ended up surpassing expectations to become the most famous Frank in the family. Lampard junior started his career at West Ham, just like his father, but a move to Chelsea saw his career reach heights his father never achieved, with a plethora of trophies accumulated during his stay at Stamford Bridge, as well as a glittering collection of individual accolades.

Central midfield: Ray Wilkins.
Another Chelsea hero features in this side, with Wilkins coming from a family of footballers. His father George saw his professional career interrupted by the Second World War, whilst three of his brothers also played the game. Ray was by far the most successful of the lot, winning the FA Cup in 1983 with Manchester United and he also remains the 14th most-capped England international of all time.

Central midfield: Xabi Alonso
Three La Liga titles, a Copa del Rey and twenty international caps make for a fruitful career but Periko Alonso’s son Xabi trumped his father’s CV with titles in Spain, England and Germany. Periko was part of World Cup on home soil in 1982, but his boy helped bring the trophy to Spain for the first time with victory over the Netherlands in South Africa in 2010. Liverpool fans may wonder if a current midfielder could join a former one in this side, but Thiago’s famous father Mazinho has won a World Cup, unlike his talented offspring.

Left-wing: Brain Laudrup.
Though not a Chelsea legend like Lampard and Wilkins, Brain Laudrup’s short spell at Stamford Bridge makes him eligible for this XI. The great Dane’s brother is also famous on these shores, with Michael managing Swansea, as well as appearing for a host of big-name clubs on the continent during his playing days. Less well-known is their father Finn, who lined up for Denmark in the pre-dynamite days of the sixties and seventies.

Striker: Michael Owen.
Former England and Liverpool striker Owen clearly has more talent that his father….Terry Owen couldn’t peddle those precious NFTs like his son does. The younger Owen was better at football too, scoring a World Cup wonder goal as a teenager, terrorising a famous Arsenal backline in the FA Cup final and there’s the small matter of winning the Ballon d’Or too. Owen senior does have a promotion to the Third Division to his name, having spent most his playing days in the lower tiers of English football, although he did appear for Everton early in his career.

Striker: Eidur Gudjohnsen.
Plenty of familiar names could partner Owen upfront, with the likes of Pierre-Emerick Aubameyang, Diego Forlan, Gonzalo Higuan, Javier Hernandez, Henrik Larsson, Chris Sutton and Dean Saunders all having more stellar careers than their dads, but former Chelsea forward Eidur Gudjohnsen gets the nod for partaking in a rather unique father/son moment. In 1996, Eidur came on as a substitute in place of his old man Arnor during Iceland’s match with Estonia. Unfortunately, they never got to link up on the pitch for the national team.