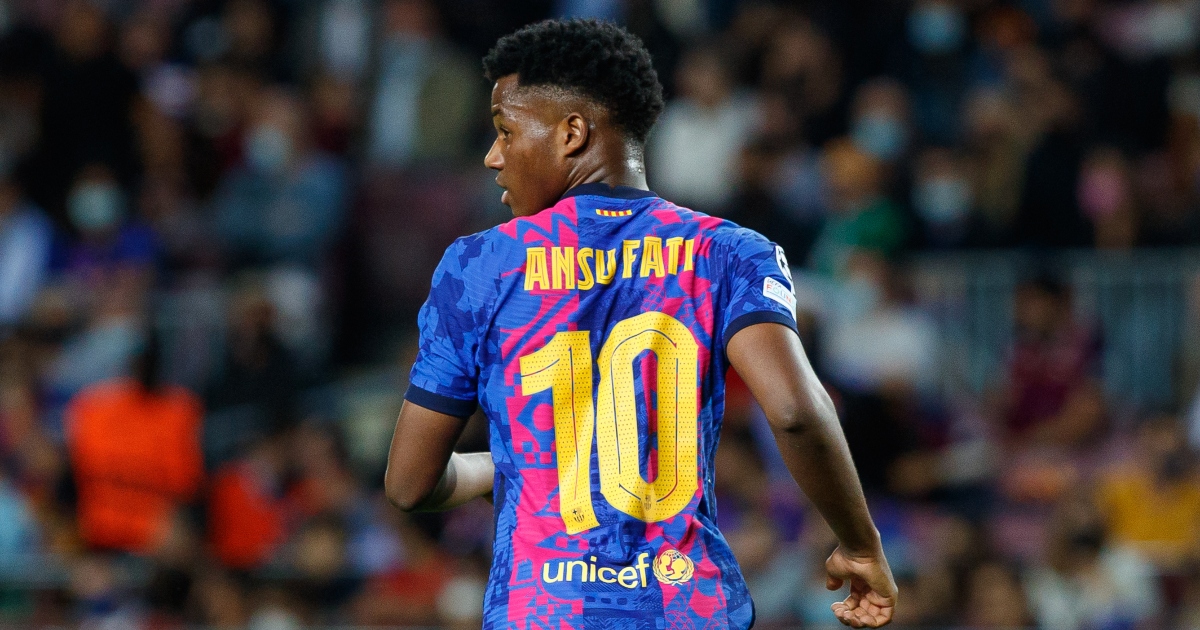 The 18-year-old’s deal will now run until 2027 with a press conference to be held later this week.

Fati joined Barcelona in 2012, progressing through the youth academy before making is first-team debut in 2019 at the age of 16.

A club statement read: “FC Barcelona and the player Ansu Fati have reached an agreement to renew his contract until 30 June 2027. The buy out clause is set at 1 billion euros.

“The formalising of the new contract that will tie the La Masia product to the club for the rest of the season the next five will take place on Thursday 21 October.”

The winger picked up an injury in November 2020, not returning until September this year, scoring on his return in a 3-0 win against Levante in La Liga.

His minutes have gradually increased game by game, and he played 45 minutes in Barca’s Champions League win against Dynamo Kyiv on Wednesday evening.

Fati was notably handed the No 10 shirt at the club following the departure of Lionel Messi.

The Argentinian superstar left the Catalan club in the summer following the expiry of his contract.

The 34-year-old was set to pen a new deal at the Nou Camp, but was unable to do so due to Barca’s dire financial situation.

Upon being given the famous shirt number, Fati insisted that he did not feel any pressure.

He said: He said: “It is not a pressure. I am proud to wear the number 10 after Leo. I am happy with the club and captains for the opportunity.”