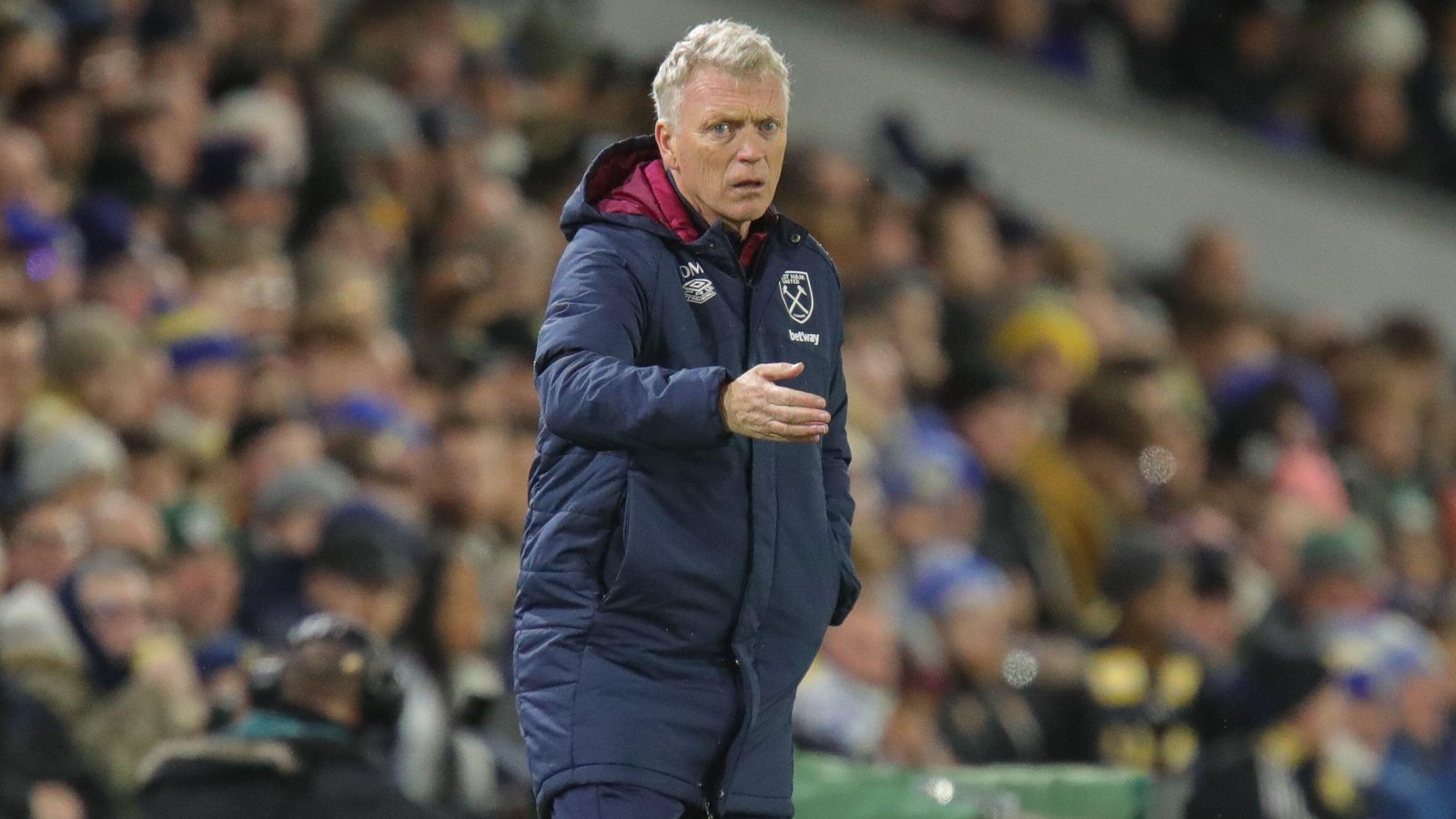 We’ve ranked the top-flight managers by their chance of being shown – or showing themselves to – the door, starting with the favourite, according to the best odds currently available at oddschecker.com.

1) David Moyes
A team that finished sixth then seventh in the Premier League in the previous two seasons, spent £150m in the summer on players like Lucas Paqueta and Gianluca Scamacca, and lost no players of great significance, should not be in a relegation fight. Moyes said after West Ham’s crucial win over Everton that he “feels” for Lampard, probably because it would probably now be him without a job has El Sackico gone the other way. The latest news is that West Ham are deliberating, with Rafa Benitez the favourite to come in on a short-term basis.

2) Jesse Marsch
There have been calls for his head from the stands from Leeds fans, who are growing increasingly frustrated by the ineffective football they’re watching, and Marsch’s attempts to put a positive spin on things. Leeds can either score goals or keep clean sheets, but not both, with their only win to zero coming back in August when things looked particularly rosy after a 3-0 win over Chelsea gave them seven points from three games.

3) Gary O’Neil
Bournemouth took 13 points from 11 games with O’Neil as their caretaker boss, but have scored just once and taken one point from five since he was handed the job permanently. Let’s face it, any manager would be struggling with that squad, but there will likely come a point when any other manager is at least worth a go.

4) Antonio Conte
He won’t be sacked, but will almost certainly leave at the end of the season when Daniel Levy offers him some loose change to make a title charge. No-one appears to be enjoying life at Tottenham, other than Harry Kane, who is apparently ready to sign a new contract to ‘repay’ Conte ahead of the Italian leaving to win the Serie A title next season.

5) Brendan Rodgers
Four straight Premier League defeats after the World Cup was not a good look for Leicester or for Brendan Rodgers, and while a 2-2 draw with Brighton isn’t a terrible outcome in the circumstances the nature of the goals conceded will irritate. Still remains the case that the Foxes will have to be really, really bad for the board to sack Rodgers as they can’t really afford his £10m pay-out. A mid-table finish will do just fine and that is still very achievable with the squad at his disposal.

6) Graham Potter
It’s been difficult to say the least for Potter at Chelsea. Having made the huge step up from Brighton he’s had multiple injuries and daft suspensions to deal with, while attempted to get the best out of an imbalanced squad of players, most of whom are either out of form or desperate to leave.

But things are looking up. Todd Boehly and the board continue to back him both through statements released to the press and in the transfer market. Mykhaylo Mudryk could make the second half of the season a lot of fun.

7) Nathan Jones
He’s very quickly become our favourite, and the Southampton players appear to be similarly warming to him. But Jones needs those positive vibes to yield points, because no amount of vibes make up for just three from six games under his stewardship.

8) Thomas Frank
Frank is high on this list purely because other Premier League managers are in danger of the sack and the Brentford boss will be near the top of every club’s shortlists to replace them. He’s built a proper Premier League squad that plays entertaining football on a shoestring budget.

9) Patrick Vieira
Questions were just starting to be asked, possibly unjustifiably, but battling hard to home draws against Manchester United and Newcastle should keep the wolves from the door.

10) Jurgen Klopp
Are we in the Klopp/Liverpool endgame? The manager couldn’t remember a worse game than their woeful defeat to Brighton. But one thing is clear: he will have to walk because he absolutely won’t be pushed by a rightly grateful fanbase. The Chelsea stalemate was pretty drab all round.

11) Steve Cooper
Signed a new contract at Nottingham Forest in October when they were truly terrible and there’s been a slow but steady upswing in performances and results since.

12) Julen Lopetegui
Wolves still need to score more goals, with the team managing just three in five games under Lopetegui, who will be praying a loan move for Matheus Cunha comes up trumps. They’ve beaten the teams they’re supposed to beat, lost to the teams they’re supposed to lose to and drawn with the side on a similar path under fellow Spanish saviour Unai Emery. A par performance from Lopetegui thus far.

13) Marco Silva
There is far, far more danger of Silva being poached than being sacked as the Cottagers have performed beyond any expectations.

14) Unai Emery
It would be quite difficult to do less than Steven Gerrard with what is a pretty well-stocked squad. But he has actually done better than every manager bar Mikel Arteta since taking over.

15) Roberto De Zerbi
Can Brighton do no wrong? They sold their two best players from last season and got better, then lost one of the best young managers around, and again, seem to have got better. Even without their leading scorer, they battered Liverpool and their disappointment in drawing with Leicester is a pretty good indication as to how far they’ve come.

16) Mikel Arteta
It now feels as though the only way Arteta is leaving Arsenal is if Barcelona come calling. And even they will have to wait. Love him or hate him, he is doing an extraordinary job.

17) Eddie Howe
Took Newcastle from 19th to a comfortable mid-table finish last season and now has them well in with a shout of qualifying for the Champions League, spending smart money on players who have immediately improved the first XI. Stage Two will cost a pretty penny, but he can worry about that later.

18) Erik ten Hag
He appears to have fixed the unfixable. It was assumed there was no manager would could succeed at Manchester United while the Glazers remain, but Ten Hag has shown he could make this work even with the undesirable owners limiting his control of the tiller.

19) Pep Guardiola
He’s a brilliant manager with a brilliant squad which he can add to pretty much as he pleases. His contract runs out in 2025 and we can’t imagine a set of circumstances that will lead him to leave before then.