Even in a football landscape which has become more and more surreal by the day over the past 18 months, the couple of weeks before the Copa America kicked off were off the scale for pure ridiculousness. It wouldn’t be far-fetched to suggest it is an overplayed tournament anyway, having been contested in four of the last six years; the reason it had been moved to 2021 was to mirror the European Championship and tidy up the sport’s global calendar.

But 12 days before kick-off, logistics could hardly have been in a worse state. There was no host – Colombia and Argentina were due to put on a joint show but pulled out with COVID-19 cases soaring, and there was barely any sort of appetite for football on the continent. It was quite the contrast to Europe; after being ravaged by the pandemic for over a year and seeing their own showpiece – due to be played across 11 separate countries in a one-off break from tradition – called off in 2020, almost everyone was raring to go.

There is light at the end of the tunnel; fans are partially back at every game and fully in the Hungarian capital of Budapest. South America simply hasn’t been that lucky, in terms of a reduction in cases on a similar scale or the reception to their competition.

The fact that it had got that close to opening night with chaos at fever pitch said everything. Pressure and anger — already swirling, simmering and throating — only increased when Brazil, the epicentre of the virus’s hold in that part of the world for much of the crisis, stepped forward to take the reins. Jair Bolsonaro, the country’s reactionary president, has been a sceptic of the impact of COVID despite mounting deaths and stacks of scientific evidence which he promptly ignored and vilified. He has exploited political and social disconnection both to gain and maintain power.

Nobody really wanted to host again, after mass protests greeted both the World Cup in 2014 and the Olympic Games two years later; this time, it was the players who led the resistance, initially refusing to play before collectively biting their tongues and getting on with their jobs. Watching from afar, the disregard is palpable – empty seats have become the norm for everyone, but there is no getting away from the sense that nobody should really be there for such an incredibly trivial reason during the most serious of times. Nothing summed up the farce quite like Brazil’s opening match, a 3-0 win over Venezuela last Sunday. Marquinhos, Neymar and Gabriel Barbosa’s goals were hardly worthy of a second glance thanks to 13 positive COVID cases in the opposing camp, wiping out almost the entirety of their first team.

Before Argentina’s tournament bow, there was a beautiful, spellbinding tribute to the late Diego Maradona, but with nobody there to see it the spectacle was so clearly diluted. Lionel Messi scored again, against Chile in a 1-1 draw with saw Blackburn Rovers striker Ben Brereton, one of the nicer, more unexpected stories of the summer, representing the latter, his mother’s home nation. Messi’s goal was a typically brilliant free-kick and, unsurprisingly, a record-breaker, but even that felt off; an afterthought and a ray of sun in a storm of unnecessary misery. 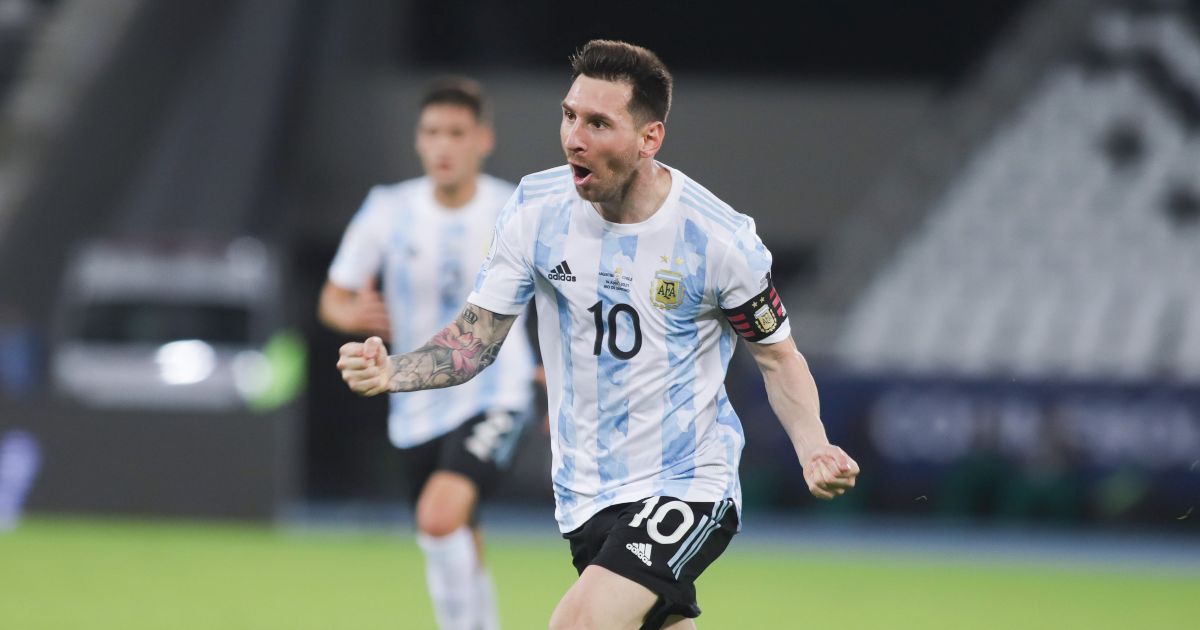 European audiences are able to watch it in tandem with their own championships; it was billed as a feast of football and the perfect antidote to endless lockdowns and restrictions. But after all the exhilaration of three games per day from one tournament, heading over to watch the other saps you of what remaining energy you have. International tournaments are special and unique and exciting; they are the same sport we’ve watched domestically all year, relentless in fact because of the circumstances, but they’re different because of the nuances, the noises and the spectacle, the excitement and pride of the smaller nations and different cultural references. None of that exists with the Copa America matches; they are just more examples of very good footballers playing because they are obligated to. Yawn. Boring. We’ve seen that before.

At Wembley on Sunday and right across the country, the feeling of anticipation ahead of England’s first home tournament match for 25 years was unmistakable. Where Brazil’s differences have long been exacerbated by sport, it has been a unifying tool on these shores, with the exception of the mindless few booing a peaceful, non-political stance against injustice before games. England needs this as a nation, more than ever. Football has been a distraction for most of this pandemic, but now it is a staple again. It is a reason to get out, it is why people go to pubs and see their friends. It has provided structure and happiness and Gareth Southgate’s side are the driving force for that.

Compare and contrast to the Copa America: a show without its spark, desolated by the crisis that went before it and continues to linger. For many adding it to the schedule on British terrestrial television felt like the dream ticket, another serving to add to the all-you-can watch summer buffet. In reality, it has been a dreary reflection of a continent’s greater problems.