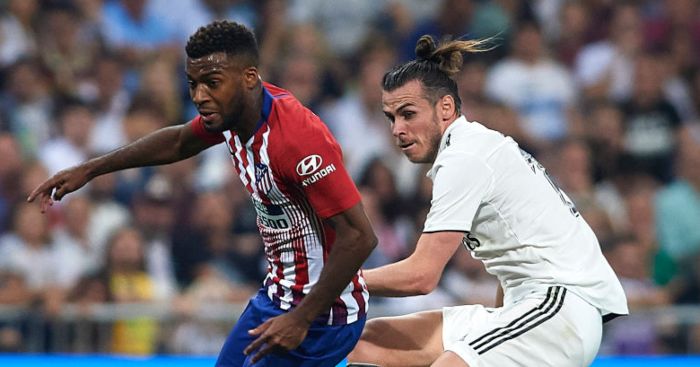 Paul Pogba could be going for just £55m this summer. He’s not the only expensive example of buyer’s remorse.

12) Edinson Cavani (£55m in 2013, free in 2020)
Robin van Persie was not alone in trying to engineer a Premier League move for Edinson Cavani in January. While the Dutchman implored Manchester United to make a move, Frank Lampard was freely discussing Chelsea’s possible interest and Jose Mourinho was openly joking about the suggestion that Tottenham might sign an actual human striker.

Cavani seemed destined to leave PSG, with his contract expiring at the end of the season. But when you already have all the money, you can value your 33-year-old strikers at a reported £25m. Atletico Madrid could not countenance such a fee a couple of months ago but there will be no shortage of suitors if he becomes a free agent.

11) Gareth Bale (£86m in 2013, free in 2020)
‘Real Madrid are already making plans for summer and Gareth Bale’s departure is one of the most important issues they will have to deal with. Los Blancos are not willing to keep the Welshman for next season, but they are aware that his exit will be complicated.’

That, from Marca last week, pretty much covers it. Bale has made it patently clear that Real fall low on a list of his priorities, and the feeling is very much mutual. But finding someone to take on anything close to those wages is easier said than done.

10) Luka Jovic (£52.4m in 2019, less in 2020)
The latest player to fall foul of the Bernabeu machine, Luka Jovic captured lightning in a bottle one season and might be forlornly hoping it strikes again for the rest of his career. The forward has registered double digits in one of his six first-team campaigns but used that stunning exception to the rule – 27 goals for Eintracht Frankfurst last season – to leverage a six-year contract in Spain. He has played roughly 21.9% (770 of 3,510 minutes) of their entire season since; he won’t be staying.

9) Joao Cancelo (£60m in 2019, a Milan Skriniar exchange in 2020)
The 16 Manchester City players with more Premier League minutes to their name than £60m signing Joao Cancelo this season include Oleksandr Zinchenko, Benjamin Mendy and John Stones. Extend that to the other 19 clubs and such luminaries as Jesse Lingard, Conor Hourihane and Lys Mousset have seen more game time.

Italian reports floated ‘the idea’ of a swap deal between City and Inter Milan involving Cancelo and centre-half Milan Skriniar this month, but I Nerazzurri rather understandably have their ‘doubts’. So, too, does Pep Guardiola, if some are to be believed. Maybe Jose Mourinho will offer an unexpected lifeline?

8) Kepa Arrizabalaga (£71.6m in 2018, at least £51m in 2020)
The renaissance might already be underway. After around a month and a half in detention to think about what he’d done, Kepa returned earlier this month to keep clean sheets in impressive wins against Liverpool and Everton. But those were small steps forward to follow great strides back. The world’s most expensive goalkeeper has work to do.

Chelsea have been linked with a number of shot-stoppers for a reason. The 38-year-old Willy Caballero would likely have needed replacing regardless but Kepa’s struggles will inevitably be taken into account. Experts in amortisation will know a fee of at least £51m would be required to give Lampard food for thought.

7) James Rodriguez (£71m in 2014, £45m in 2020)
It is six years since James Rodriguez survived a giant mutant grasshopper attack in the aftermath of his World Cup goal against Brazil. He has signed two contracts since: his first long-term deal at Real Madrid, and an extension ahead of his first loan move to Bayern Munich.

The Colombian has two Bundesliga titles but little else to show for his German sojourn. And his return to Madrid has hardly heralded a change in fortunes. Injuries have played their part but cannot account entirely for just eight starts all season. While there is loose interest from afar, Rodriguez cannot claim to have grown up wishing to play for Everton or Wolves.

6) Thomas Lemar (£52.7m in 2018, £50m in 2020)
There is no denying that “he’s still young enough to go to the next level”. Thomas Lemar is a World Cup winner and Ligue Un champion at 24 who refined his offensive skills in that thrilling Monaco team and has added a defensive string or two to his bow under Diego Simeone. Even though his stay in the Spanish capital has not gone exactly to plan, there remains more than enough talent and tenacity for any prospective coach to work with and mould.

5) Pierre-Emerick Aubameyang (£56m in 2018, £50m in 2020)
His age is perhaps the only thing working against him. A combination of turning 31 in June and his club asking for £50m will thin out the list of potential suitors. Yet Pierre-Emerick Aubameyang occupies a fairly barren place as an elite striker with at least 20 goals across the past six seasons in two different leagues. He is as close to a short-term guarantee of attacking proficiency as they come.

4) Riyad Mahrez (£60m in summer 2018, £80m in summer 2020)
Might City be tempted by PSG’s apparent £80m interest in Riyad Mahrez? The winger has been far from a failure at the Etihad, with some vital displays helping to secure Premier League glory last season, and few teammates performing quite as well as him this campaign. It just seems as though Guardiola doesn’t fully trust Mahrez, and the temptation to sell someone from their embarrassment of attacking riches to help improve their embarrassing defence could prove too strong.

3) Philippe Coutinho (£142m in 2018, £84.6m in 2020)
It is genuinely intriguing to see what happens next with Philippe Coutinho. There has been a suggestion that Quique Setien could give him the opportunity to prove himself at Barcelona, but the inherent risk that carries in the event that he fails to convince is obvious. A loan at Bayern Munich has done little to restore Coutinho’s reputation and links to Arsenal, Chelsea, Manchester United and Tottenham only emphasise the belief that this is a player still judged on his time at Liverpool and not the two years that have followed.

And that’s the thing: we have learned nothing new about Coutinho since he left Anfield. We still know he is a phenomenal talent. But we also know that you need to build your team around that phenomenal talent.

2) Paul Pogba (£89.3m in 2016, £55m in 2020)
With Paul Pogba, the transfer smokescreen obscures whatever truth might lie beyond the Mino Raiola posturing, spurious reports and fee flip-flopping. It feels like there is too much water under the bridge and too little time – with a year left on his Manchester United contract – to drain it. But then does he go to a Real Madrid side who have moved on, a Juventus with no real need for him, a Barcelona who could not afford him or a PSG whose interest extends only to the common denominator of a shared country? United themselves will pursue a solution but there is no obvious answer.

1) Antoine Griezmann (£107m in 2019, £90m in 2020)
The Decision in 2018 became the division a year later when Atletico Madrid were left enraged by Antoine Griezmann’s departure for Barcelona. A plaque dedicated to the Frenchman outside Atletico’s ground was defaced when he was sold for £107m, less than a fortnight after a release clause closer to £180m had expired. There will be no sympathy for a player no longer wanted at the Nou Camp as they seek to cut costs.

Not that £90m is cheap, particularly for a striker with a goal every three games in La Liga and just two in seven in the Champions League. Jurgen Klopp was right: the French are bloody expensive.