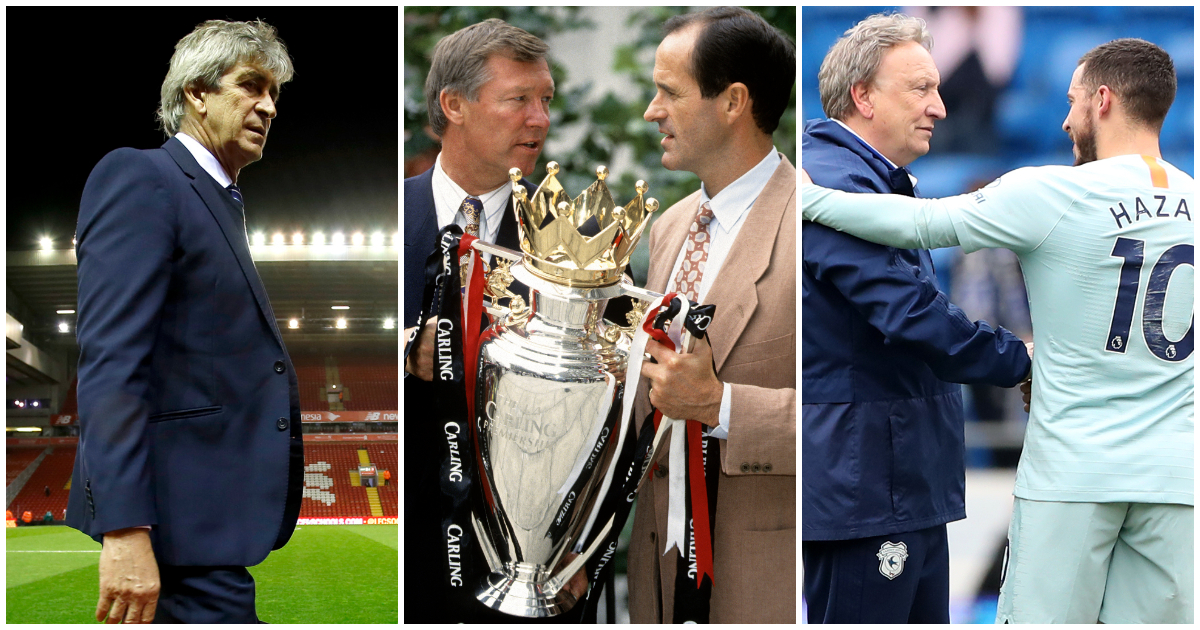 With numerous clubs recruiting for new managers this week, we recall some appointments that almost happened, some of which could have changed history…

Sir Alex Ferguson to Arsenal
It was just plain old Alex Ferguson when Arsenal were sniffing around the Scottish manager in 1986. Fergie was bossing both Aberdeen and Scotland and before the World Cup, the Gunners made him an offer he seriously considered. So much so that he was choosing his assistant…

“I was offered the Arsenal job and I wanted to take Walter [Smith] with me,” Ferguson said in 2011. “He was positive about it, saying they were a big club and that kind of thing.

“So I said to him: ‘Do you fancy coming with me?’ Then he dropped the bombshell that he was going to Rangers.

“The thing about the Arsenal offer was that they wanted an answer right away but I couldn’t give them one because I was going to the World Cup in Mexico with Scotland. So the Arsenal thing fell by the wayside. Walter went to Rangers and then later that year I went to Manchester United.”

It worked out okay in the end for Fergie and Smith. And not bad for Arsenal. They appointed George Graham and he did alright…

Sven Goran Eriksson to Man Utd
Sven claims he actually signed a contract in late 2001 to replace Ferguson as United manager the following summer. Fergie had announced his intention to retire and though it would involve reneging on a deal he signed to boss England through to the 2006 World Cup, Eriksson felt he couldn’t refuse the opportunity.

“I knew it would be tricky,” Eriksson wrote in his autobiography. “I had a contract with England until the 2006 World Cup and I would be severely criticised if I broke that contract.

“But this was an opportunity to manage Manchester United, probably the biggest club in the world. I would be able to stay with England through the World Cup. My appointment would not be made official until after the tournament. A contract was signed — I was United’s new manager.”

“A couple of weeks passed and Pini Zahavi called again,” Eriksson explained. “He wanted another meeting. When I got there, I knew something was wrong.

“Peter Kenyon explained that Ferguson had changed his mind. He did not want to leave the club after all, but had agreed to stay in the job for another three years.”

Fergie’s retirement U-turn was wonderful news for everyone at Old Trafford not named Dwight Yorke. The manager stayed on and won another six Premier League titles, a European Cup, an FA Cup and three League Cups.

Neil Warnock to Chelsea
Long before Roman Abramovich bought Chelsea, Warnock was offered the Blues job in 1991 but Ken Bates. Warnock had earned the chance by guiding Notts County to successive promotions from the Third Division to the top flight. But he declined Bates’ offer, partly because of the traffic.

“I don’t have any regrets really because your life shapes around decisions really and I was a northern lad and I thought going beyond Watford was the end of the world in those days,” he said in 2012.

“I went down twice, once to the ground and once to Ken’s farm in Beaconsfield and I was stuck on the motorway for five hours on both occasions and it didn’t seem to be me really, so there are a lot of issues.

“I wanted to stay loyal to a group of players who had been fantastic for me.”

His loyalty wasn’t rewarded. County sacked Warnock in January 1993 after relegation cost them a place in the inaugural Premier League season.

“If it was a different way round, why do managers say loyal, you get the sack anyway, why not go and take the opportunity? Good luck to you. I’ve nothing about this loyalty thing now. My advice to young managers is if you get the chance, go.”

Harry Redknapp to Newcastle
Around downing pints while clad in his replica shirt in the away end, Newcastle owner Mike Ashley was looking for his first new manager after deciding that Sam Allardyce had to go in 2008.

He went all the way to the opposite end of the country and decided that Redknapp was the man for him. Redknapp was in charge of Portsmouth at the time and he was tempted to take the job. Especially when Ashley spelled out the perks…

“Mike wanted to know if I was interested… and obviously I wanted to hear what they had to say. What they told me was very, very tempting, too. Not least because, regardless of the flat they’d have got me, they were prepared to lay on a private plane from Bournemouth Airport at 7am every morning. Then, about 5pm, they would fly me back home if I didn’t want to stay up, so I could still live down here if I wanted to.

“I must admit, I gave it really serious consideration and at one stage it was very much, “Why not?” It’s such a massive club, with a massive fanbase, and has always had massive potential.

“But the more I thought of it, the more I didn’t think it could work. As soon as we lost a few, the Geordies would be going off their heads at me flying up and down the country each day. I really didn’t fancy the prospect of that, so in the end I said no.”

Michael Owen will doubtless say it was a smart decision.

Manuel Pellegrini to Liverpool
“Liverpool, I was very near. After Real Madrid, to arrive at Liverpool. But for different things, it was not the moment. Now it is the right moment with the right club.”

That was Manuel Pellegrini’s claim in 2013 when he took over at Manchester City, one later backed up by the Liverpool hierarchy at the time.

The Reds, in 2010, were looking for a replacement for Rafa Benitez. The men tasked with sourcing a new boss were Christian Purslow and Martin Broughton, who had never before hired a football manager.

They met Pellegrini in a hotel lounge in London when the Chilean flew in for talks. But they went for Roy Hodgson because, as Jamie Carragher recalls, they didn’t want to spend more cash on a new backroom team: “I think they went for him because Roy wasn’t going to bring with him an entire new staff, like Didier Deschamps or Pellegrini might.”

Hodgson flopped hard at Anfield while Pellegrini instead went to Malaga and earned the chance to manage Manchester City.