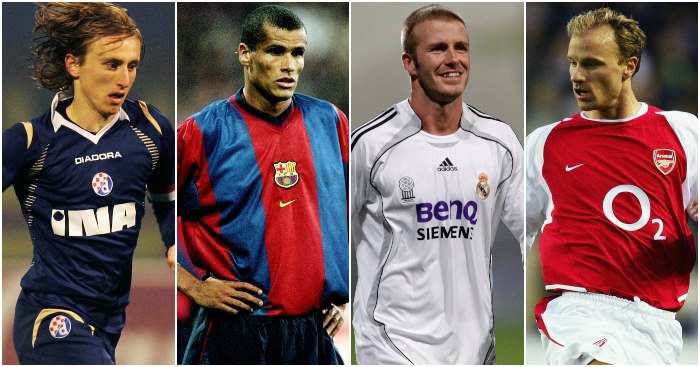 Sam Allardyce has revealed that he tried to sign Pierre-Emerick Aubameyang for Everton. It’s hardly the first time Big Sam has missed out on a big name. Would Aubameyang even get in this Keegan-esque XI of Allardyce’s near misses?

Paul Robinson
It’s hard to believe that at some point in his managerial career Allardyce hasn’t tried to sign Iker Casillas or Gianluigi Buffon, but we know he wanted to take former England keeper Robinson to West Ham in 2013. Because he told us…

Robinson had fallen out of favour at Blackburn having rebuilt his reputation at Ewood Park under Allardyce. West Ham had been linked with the ex-Leeds and Tottenham stopper in summer 2012 and they tried again the following January but Allardyce could not get a deal over the line.

“It never materialised,” said Allardyce. “It looked like there was an opportunity but then when we looked at it and it never panned out to be a goer for us. I think it was dead before deadline day.”

Leighton Baines
Baines was still a Wigan player when Allardyce tried to take him to Newcastle after taking over at St James’ Park.

‘We tried for Leighton Baines at Wigan and Phil Jagielka at Sheffield United,’ he wrote in his autobiography. ‘But I got Jose Enrique from Villarreal and eventually Habib Beye from Marseille and Abdoulaye Faye from Bolton on transfer deadline day.’

Which all worked out for the best, otherwise we would never have heard the Toon Army’s Habib Beye remix of the ‘Happy Days’ theme tune.

Phil Jagielka
Allardyce has already told us he tried to sign the then-Sheffield United centre-back for Newcastle. And he’s not stopped telling us since…

Branislav Ivanovic
We can also add Ivanovic’s name to the list of players Allardyce tried to sign at Newcastle, only to be denied by Mike Ashley’s takeover. This came out in a separate interview in 2015…

“I had lined up moves for Phil Jaglielka, Luka Modric and Branislav Ivanovic – people on my Bolton recruitment database.

“Not big stars but quality players and with the finances I was being promised at Newcastle, we could have done something.”

David Beckham
When it became clear that Beckham would be leaving Real Madrid in 2007, Allardyce chucked Bolton’s hat in the ring.

”Bolton Wanderers would love to sign David Beckham, of course we would,” he said at the end of 2006. “In the past when that sort of name has been attached to this club, people considered it as something that was never going to happen. But cast your mind back to Youri Djorkaeff. People scoffed and said he would never come to play for Bolton but he came. We’ve attracted some fabulous players to this club.”

A month later, however, it was announced Beckham was going to LA Galaxy, after which Allardyce further discussed his interest in the game’s biggest star.

”I was serious about bringing Beckham to Bolton because when it became clear he was available I hoped that he was keen on coming back to the Premier League. He is 31 but all his stats suggest to me that he still a world-class player and he would have been a major asset and influence both on and off the pitch at Bolton.

“The move would have probably paid for itself such is David’s corporate influence within football but the fact was that the only Premier League club he would have come back to was Manchester United.”

“I was then on the way to getting Luka Modric from Dinamo Zagreb, but by then, Mike saw the scale of the full debt and put the clamps on,” he told the Mirror in 2010. “So I had to make do with Geremi from Chelsea.”

He revisited that theme in his autobiography.

“I had got the staff in place and we were ready to rock and roll. What we needed was bigger and better players, like a Luka Modric.

“Modric was in our training ground, having a look around. He was top of our list. But then somebody told Mike I wasn’t the man. They told him Harry Redknapp was and I got booted out. Then Harry changed his mind.”

Dennis Bergkamp
The Arsenal star was out of contract and delaying his return to pre-season training until the matter was sorted, which allowed Allardyce the opportunity to pounce. But it was not to be…

”I came close to signing Dennis Bergkamp but he was not interested in coming north to play,” Allardyce said at the time, which poses questions of his definition of ‘close’.

Anyway, he continued: “It’s disappointing because he would have been a fantastic acquisition for this football club. He was out of contract at Arsenal and we could have budgeted for his wages.”

Bergkamp eventually re-signed with Arsenal and went on to finish the following season as an Invincible.

Rivaldo
The Brazil World Cup winner held two-hour talks with Allardyce and other Bolton officials at the Lowry Hotel in Manchester in 2004, when Rivaldo was looking to return to Europe after a disappointing two-month spell with Cruzeiro.

He was impressed with what Sam had to say. “There is a chance, as long as the club offer more money and match what I’m asking,” Rivaldo said at the time. “The club is good, the stadium is very nice and my challenge would be to take the club into Europe. If I reach an agreement with Bolton, I will live in Manchester.”

However, Rivaldo’s reluctance to make a decision irked Allardyce and the Trotters warned the former Barcelona megastar that they would not be putting more money on the table. ”We certainly won’t be offering more money,” Allardyce responded. “We just won’t do that so he knows what the situation is. We’ve taken in all kinds of waifs and strays, who were out of shape and out of sorts. Sometimes it just comes to putting an arm around a player and making him feel wanted again.”

Rivaldo eventually opted for Olympiacos, while in the process also managing to p*ss off suitors in Qatar.

Jamie Vardy
Leicester snared Vardy from Fleetwood in 2012 but Allardyce says he passed up the chance to get in there first.

He told talkSPORT last year: “When I was at West Ham and I needed some goals, Mickey Mellon rang me up and he said ‘We can’t sign Jamie Vardy; he won’t stay with us, Sam. Give us a million quid and it will be the best signing you have ever made’.

“That was quite a bit of money for a non-league player, I’m talking 2011, in my first season at West Ham. I just wondered if Jamie could jump out of the conference and come in for our first year of the Premier League.

“So I didn’t do it and I have been kicking myself ever since. I went to David Sullivan and he said ‘a non-league player for £1million? Will he go straight in your team?’

“And I said ‘I’ve been told by his manager I will not regret it’.”

“I think about it every time I see him play,” the former Blackburn boss said in 2013 of the time three years previously when a volcanic ash cloud grounded flights across Europe and denied the then-Lech Poznan striker the chance to travel to the north west.

“Yes, I had that opportunity,” he told the Daily Mail. “I wanted to see how Blackburn looked: the training ground, the place. I wanted to go because I wasn’t sure where it was. I think it would have been fine if I’d got to Blackburn. But I couldn’t go because of the cloud. I couldn’t fly.

“I met Sam Allardyce. It was in Poland after one game. I thought he was a good guy, a very good coach. He was prepared to take a young player who was something new and might be something special. He was a big person but wanted to come.

“The flight was booked but we couldn’t leave. It changed my life? Yeah! Maybe! If I’d gone there, maybe I would have stayed! I wanted to know if I went “What would I get? What would I learn?” It wasn’t just a five-minute thought. But then I found out about Dortmund. That was the next step.”

Samuel Eto’o
Allardyce discussed in 2017 his desire to sign the Cameroon star 16 years earlier for Bolton: “There were a couple of signings we came extremely close to but didn’t quite get,” he said. “Eto’o was one when he was playing for Mallorca. He really wanted to come to England, but unfortunately that didn’t happen.”

Five years previously, Allardyce was more specific: ”I had to try and convince the chairman at the time that £6.5million was the best £6.5million he’d ever spent and this player would be worth £20-25 million in the future. The thing was, we could have got him to come to England and at that particular time he would been a bit of a capture.”

Indeed. Instead of Bolton, Eto’o went to Barcelona and set the world on fire.