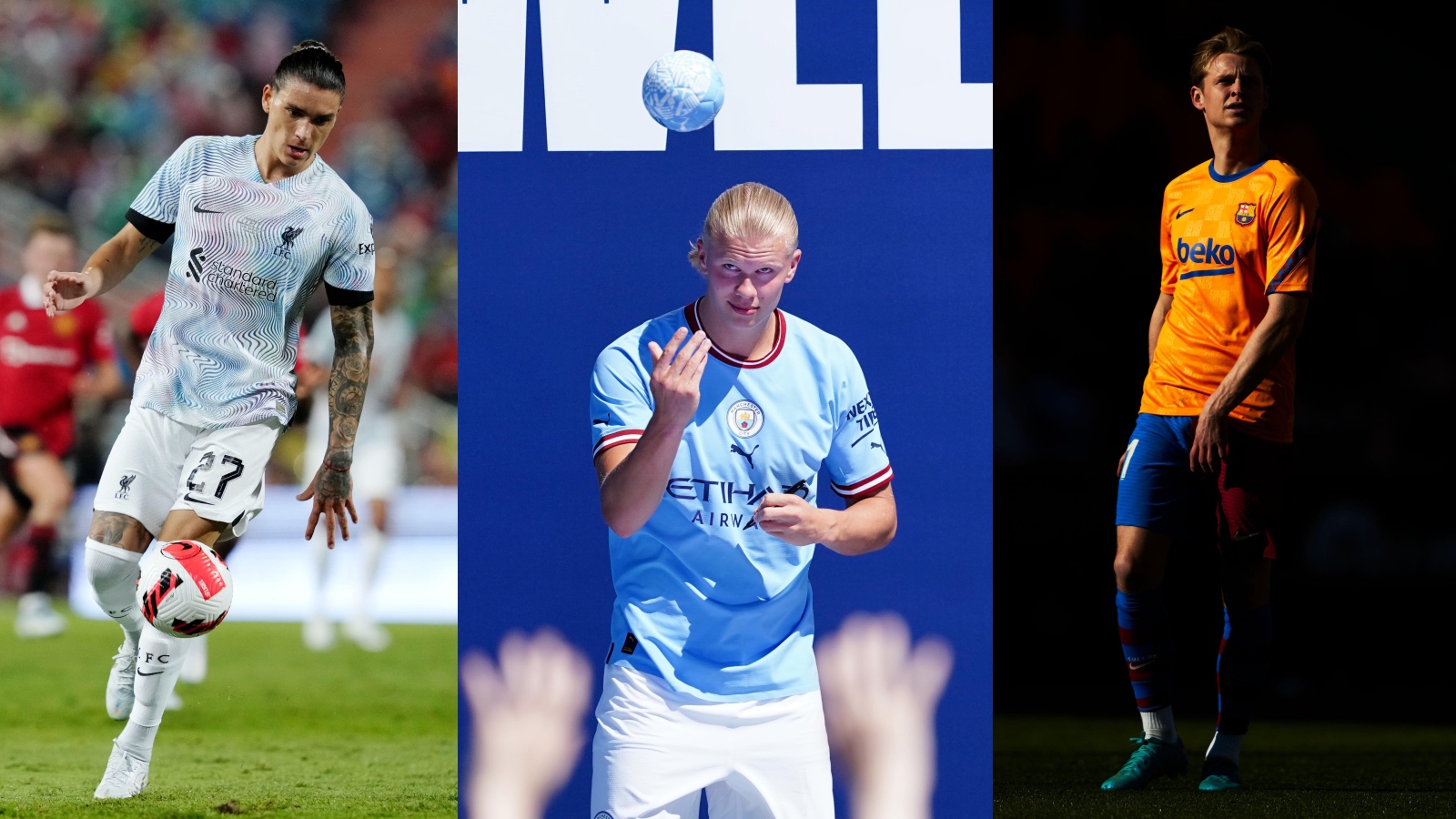 It’s half-time in the summer transfer window. The Big Six have already spent a combined £489.1m on new talent but squad gaps remain in most as they look to bolster their armoury ahead of the new season.

We’ve taken a look at what their initial budget was (or as close an approximation we could find), the players they’ve bought and sold (for a fee), how much money they’ve got left and where they still need to invest.

For every transfer so far this summer, we’ve got you covered here.

Jesus controlled a football in a pre-season game and caused Arsenal Twitter to lose its mind, but cynicism aside, he’s probably going to be pretty good. It really is hard to tell with Manchester City players though. How much of Jesus being good was actually City being good? Because it’s got to be some, right? Or was he instead being held back by the other brilliant footballers around him? Might he benefit from being the main man? You see, hard to tell.

Gabriel Jesus is ridiculous man, that first touch to kill that ball makes the goal pic.twitter.com/72982xpgJu

And they’re close to landing another of Pep Guardiola’s success stories, perhaps his greatest of all, as they near the £30m transfer of Oleksandr Zinchenko, bought by City for £1.8m six years ago. He can play at left-back and in midfield and is certainly a useful (and very good) option. But they probably still need either a left-back or a midfielder as *checks notes* Zinchenko can’t play in two positions at once.

Sterling for £47.5m is almost certainly a snip, maybe not (see above), but is definitely certainly going to be a better option for Thomas Tuchel than Callimo Ziyisic (see what I did there?). The German manager looked genuinely delighted at being asked about the new acquisition, presumably because a) Sterling is very good at football and b) it was his first signing as Chelsea manager, because as became very clear, bringing in Romelu ‘there’s your daddy’ Lukaku was not his choice.

They’ve gone some way to clearing up the centre-back mess, with Koulibaly finally arriving in the Premier League, but they need at least one, possibly two more in the heart of defence, and probably one, possibly two more wing-backs should Barcelona find further millions down the back of the sofa and steal one or both of Cesar Azpilicueta and Marcos Alonso away.

There’s also talk of a striker, but you can’t help but feel it would be unfair to ruin more careers.

They’ve very nearly covered their losses through sales and God knows a Liverpool fan loves net spend (just don’t look at the team below you on this list, customarily above you in the table, fellas). Darwin Nunez missed a chance in pre-season so he’s a lost cause and Sadio Mane is going to be a bigger loss than we think despite everyone already admitting he’s going to be a massive loss.

Has anyone told Liverpool that not every Scotsman signed on the cheap is going to be the new Andy Robertson? Calvin Ramsay probably bloody will though. Would be nice if they got one wrong once in a while. They could do with a new midfielder, but appear willing to wait for their top target.

It’s becoming a joke. They’ve sold three players that most of us have never seen, or even heard of, for over £30m, and let two forwards with 366 goal contributions between them leave because they, well, didn’t need them. Guys, they didn’t need them!

What they do need is a left-back with Oleksandr Zinchenko nearing his move to Arsenal. Marc Cucurella is apparently Pep Guardiola’s top target and even if Brighton get the £50m they want, City will have landed him, Kalvin Phillips and the most in-demand striker in world football for a net spend of just over £20m this summer. Ridiculous.

The Frenkie de Jong will he, won’t he dance is tiresome, frustrating and funny in equal measure. Barcelona really want him to go to United, De Jong really doesn’t want to leave and United are so desperate to sign him that they’re apparently willing to wait right up to the end of the window, before being stuck with McFred until January.

They will also need to break their reported budget to sign him and will presumably then have no further funds to spend elsewhere, while £30m Youri Tielemans sits and waits for a move. They’ve also been royally f***ed by Cristiano Ronaldo, who will bring in very little in the way of a transfer fee if he does get his move, leaving Erik ten Hag with no choice but to bring Anthony Martial back into the fold, which United fans up and down the land are now attempting to persuade themselves is a good thing as widespread dementia takes hold.

Antonio Conte has got this celestial way about him which makes it very difficult to question anything he does. Jose Mourinho had it for a long time, where you’re almost scared to predict he’ll be anything other than brilliant, for fear of him inevitably proving you wrong. That’s of course something of a paradox when you consider the team Conte is managing, but even so, my prediction for the pre-season predictions is that quite a few will have Spurs in the top three, possibly even the top two, almost solely because they’re managed by Conte.

Yves Bissouma is a brilliant signing and if anyone can drum consistency into Richarlison it’s Conte. They’ve also added Spence and Ivan Perisic as wing-back options and Clement Lenglet on loan as centre-back cover. Could do with a Christian Eriksen, so probably should have gone for Christian Eriksen.