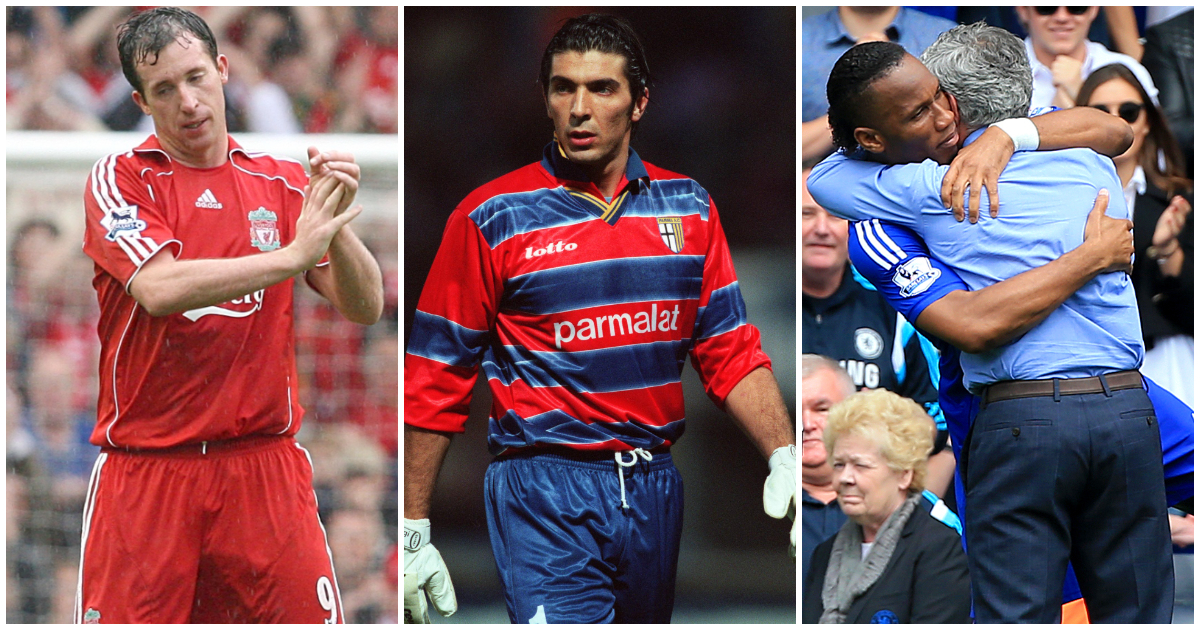 With Gianluigi Buffon set to return to Parma for one last season, here are five other big names who embraced a romantic return to their former clubs…

‘For all the decent people I’ve met at Leeds and Manchester City, for all the wonderful fans at those two clubs, I know I should still be at Liverpool now.’

Fowler admitted his regret over ever leaving Anfield in his autobiography, published in 2005 while the striker was still a City player. At that point, Fowler had turned 30 and was widely considered to be on the wane, with injuries taking their toll on the centre-forward.

He made only four Premier League appearances in the first half of the 2005/06 season, having slipped in the pecking order behind Darius Vassell and 33-year-old Andy Cole. Bradley Wright-Phillips played more minutes in City’s attack – but Rafa Benitez still felt Fowler could do a job for him back at Liverpool.

“I’m not sure I’ve ever seen a player quite so happy to be joining a club before,” said Benitez after signing Fowler when his City deal was terminated in January 2006. “We have signed a player with so much passion for this football club and I think he will act as an example to every player here in how much he loves Liverpool. It is a boost for the team, a boost for the supporters and a boost for Robbie himself.”

Fowler was denied a dream return when his injury-time bicycle-kick against Birmingham was ruled out by an offside flag. He did, however, notch five goals in 16 games to earn another year-long contract, during which he netted another seven goals in 23 appearances back in the No.9 jersey vacated by Djibril Cisse.

A total of 226 goals in 370 games was enough to earn Henry a statue at the Emirates before he came back for more at the start of 2012.

“I am sure during these two months he will be a massive asset to the team in the dressing room and on the pitch,” said Arsene Wenger, who needed cover for Gervinho and Marouane Chamakh while they were away at the Africa Cup of Nations.

Upon being loaned back to Arsenal by New York Red Bulls, Henry added: “I always said I was never going to come back and play in Europe again but, when the team you love and support asks you back, it’s kind of hard to say ‘no’.

“I am not coming here to be a hero or prove anything. I am just coming here to help. People have to understand that. I’ll be on the bench most of the time – if I can make the bench, that is.”

He came off that bench to bag the winner in the FA Cup against Leeds on his second debut for the club. Henry scored another winner at Sunderland and added another goal to bag three in seven appearances.

Wenger was delighted with his cameo, which the manager wanted to extend by a fortnight to allow Henry one last north London derby. “I would have loved if he could have stayed two more weeks because he would have had a psychological impact in the derby as well but he has to go back,” Wenger said.

“He has had a fantastic impact on the squad on a daily basis and all the players are happy to have him around. In training he looks better, he’s now back to a fitness level that’s comparable to all the other players and I’ve seen movements from him in training that tell me it’s really a shame that he doesn’t play for the national team any more.” 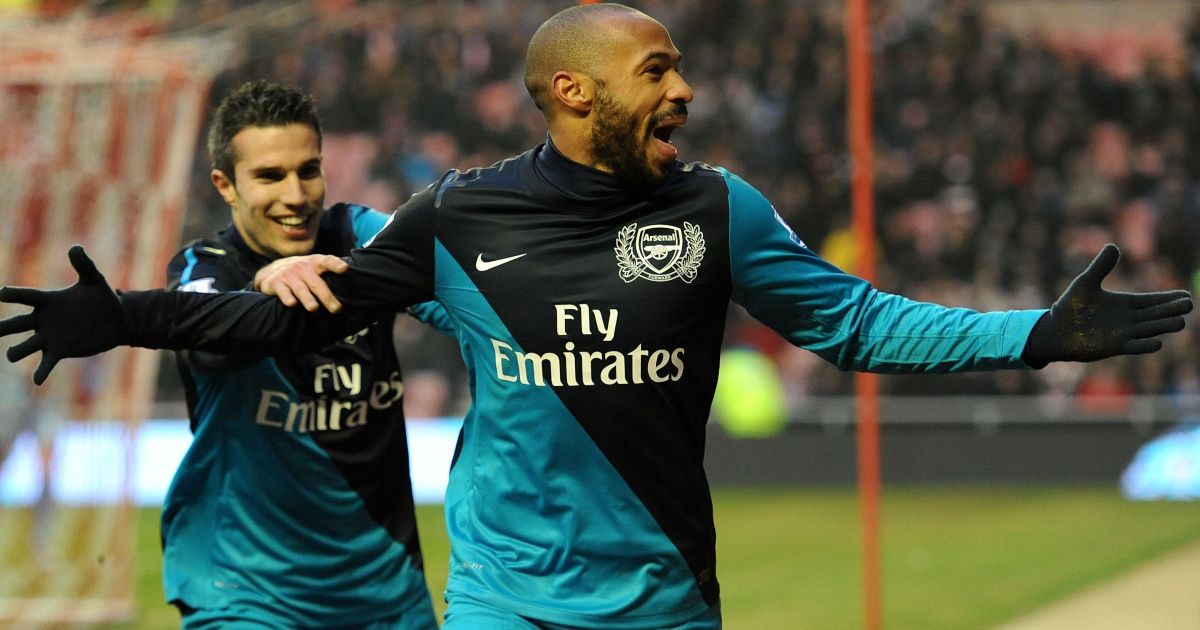 “Didier is coming back because he’s one of the best strikers in Europe,” said Jose Mourinho when he brought the Ivorian back to Stamford Bridge in 2014. “I know his personality very well and I know if he comes back he’s not protected by history or what he’s done for this club previously. He is coming with the mentality to make more history.”

Mourinho certainly upgraded his strikers that summer. Along with Drogba came Diego Costa, with Samuel Eto’o and Demba Ba shuffled towards the exit. When he left two years previously the 36-year-old, who played for Shanghai Shenhua and Galatasaray, did so having scored the last of 157 goals to help the Blues win the Champions League.

Upon departing a second time, Drogba was a Premier League champion once more with another League Cup winner’s medal to add to his collection. He netted seven goals in 40 appearances before being carried off the pitch during his final appearance against Sunderland.

Aged 37, Drogba wasn’t done. “I want to play for at least one more season and in order to play more football I feel I need to go to another club,” he said. Off he went to Montreal Impact and scored a perfect hat-trick in his first start and seven goals in his first five games for the MLS club.

Wayne Rooney is officially unveiled as an Everton player by manager Ronald Koeman at a press conference. pic.twitter.com/0UpMdxEyUn

“I’ve kept it quiet for the last 13 years, but I’ve actually been wearing Everton pyjamas at home with my kids,” Rooney said upon being unveiled by his boyhood club. “I had to keep that a bit quiet. It’s great. Wearing the Everton shirt feels as special as it did 13 years ago and I’m just looking forward now to getting out on the pitch with it on.”

Rooney was allowed to rejoin Everton for free at the same time United forked out £70million to take Romelu Lukaku off the Toffees. Lukaku had netted 25 goals the season before so Rooney’s return wasn’t just about sentimentality. “This isn’t a retirement home,” he said, with Everton needing the 31-year-old to rediscover his scoring touch.

But Rooney hadn’t played as an out-and-out striker for some time at Old Trafford, with Ronald Koeman adding another two No.10s that summer in addition to the former England captain.

It didn’t work for Koeman. Or caretaker David Unsworth. Rooney found the net six times in Sam Allardyce’s first five Premier League matches but he failed to add to his 10 goals overall in the second half of the season.

When Marco Silva was appointed as Rooney’s fourth Everton boss in 12 months, his two-year contract was ended a year early to allow Rooney to join DC United in MLS. A brilliant hat-trick against West Ham and his first Merseyside derby goal were the highlights of a fleeting return, but his second exit suited both Rooney and Everton.

Juninho’s arrival on Teesside in 1995 paved the way for Emerson and Fabrizio Ravanelli to follow, but neither came close to capturing the hearts of Teesiders like the little playmaker from Sao Paulo.

Sadly for Boro, their Galacticos experiment failed miserably. Relegation in 1997 – a mess largely of their own making after they were docked points for failing to fulfil a fixture at Blackburn – left Juninho in tears with the fans, who all understood that the Premier League player of the season was too good for the First Division. So he went to Atletico Madrid with their blessing.