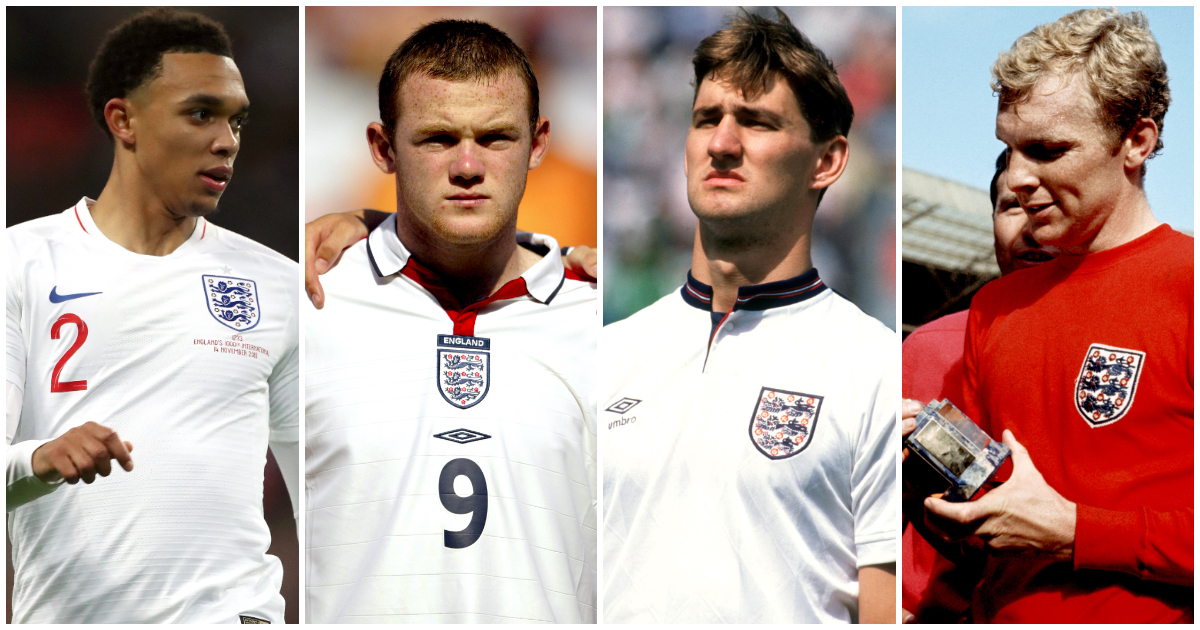 Jude Bellingham is the youngest player in the current England squad. He’ll do well to get in this XI of his predecessors…

Bellingham is now the youngest star to appear for England at the Euros after coming on against Croatia, but how did the Three Lions’ other whippersnappers get on when selected for a major international tournament?

GK: Joe Hart
Once considered head and shoulders above every other English goalkeeper, Hart thumping the Three Lions on his shirt is now a distant memory. Eleven years ago Hart was selected as Fabio Capello’s third choice at the 2010 World Cup and although he didn’t see a minute of action in South Africa, he was the youngest member of an ageing squad. If you fancy a goalkeeper challenge, try naming the nineteen-year-old ‘keeper Roy Hodgson picked for his Euro 2012 squad.

RB: Trent Alexander-Arnold
One of many famous names to have been replaced in a tournament squad following an injury, TAA did at least get to make the trip to Russia three years ago. The Liverpool star was the youngest player in Southgate’s 2018 party and although Kieran Tripper was preferred on the right-side, Alexander-Arnold did get to make his World Cup debut in the dead rubber group game against Belgium.

CB: Tony Adams
Having become Arsenal captain at just 21, Adams was accustomed to pressure at an early age. Bobby Robson selected him for the Euros in 1988 and despite his status as the squad’s youngest member, Adams played in all three group matches. Unfortunately, it wasn’t the greatest introduction to international tournaments as England lost every game, but a goal against Russia meant the Gunners centre-back left Germany with something to smile about.

CB: Bobby Moore
Four years before he famously led England to World Cup victory on home soil, Moore travelled to South America as the youngest player in Walter Winterbottom’s 1962 Three Lions squad. Despite his tender age, Moore played every match in Chile and impressed as England reached the quarter-finals, losing out to a Garrincha-inspired Brazil.

LB: Kenny Sansom
The Three Lions’ first choice left-back during the eighties, Sansom made all four England tournament squads during the decade. Aged just 21 at Euro ’80, the Crystal Palace defender was selected by Ron Greenwood for the group games against Belgium and Italy. Sansom joined Arsenal upon arriving home and stayed at Highbury for the peak years of his career.

MF: Emlyn Hughes
A European Cup winning captain in 1977 and 1978, Hughes was hugely successful at club level. However, a frustrating international career went by without the famous Liverpool skipper ever playing a World Cup match. Hughes was selected for the Mexico 1970 squad and at 22, he was the youngest player in the group. Alf Ramsey didn’t give him a single minute of action as the Three Lions failed to defend the trophy and four consecutive unsuccessful qualification attempts in the seventies meant he only made one other tournament squad: Euro 1980.

MF: Alan Ball
A man who enjoyed a far more fruitful international career, Ball played in all of England’s knockout games during 1966 as the Three Lions succeeded on home turf. The tireless midfielder was the youngest player in Ramsey’s squad and his performances on the world stage earned the Blackpool player a big move to reigning FA Cup holders Everton.

MF: Paul Gascoigne
Tackles, tears, tantrums and Tartan Army-busting technique, Gazza’s international career was anything but uneventful. The Geordie-born maestro gained worldwide fame during the 1990 World Cup, as the Three Lions progressed to semi-finals. Gascoigne was the youngest player in Bobby Robson’s squad and his performances in Italy left a lasting impression on the host nation, with Lazio purchasing him from Spurs in 1992.

FWD: Wayne Rooney
England’s all-time leading goalscorer went to six tournaments with England, but his first remains the most impressive. By far the youngest member of Sven-Goran Eriksson’s Euro 2004 squad, Rooney scored against Switzerland and Croatia in the group stage and was named in the All-Star squad. It was enough to persuade Manchester United to make a big money move for the teenager. 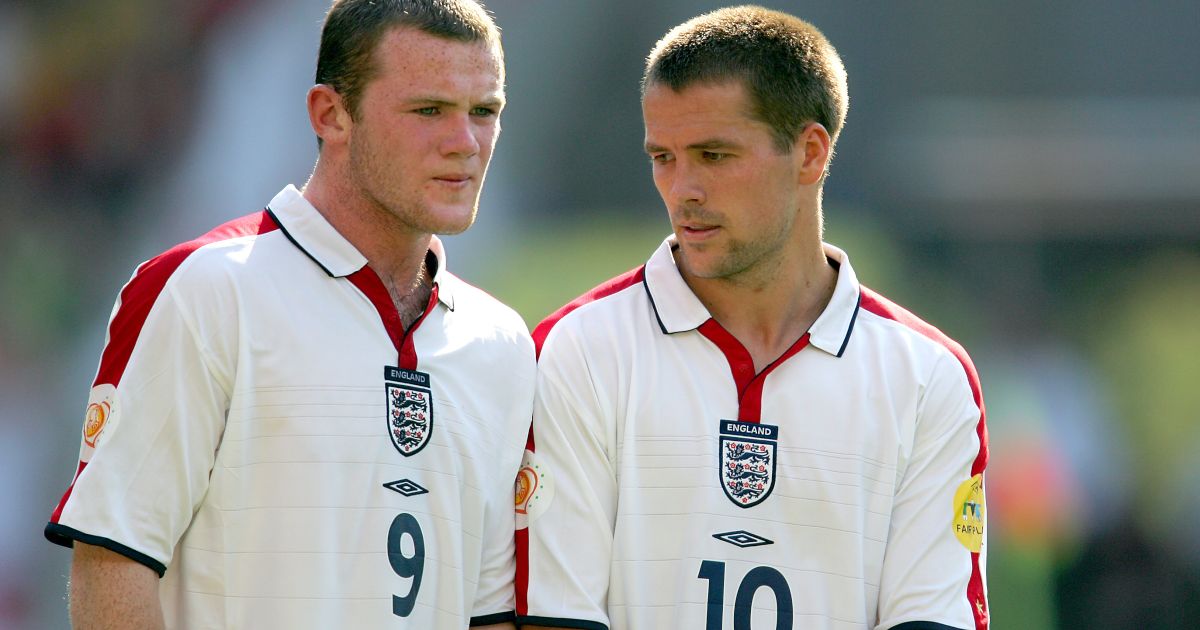 FWD: Alan Shearer
Graham Taylor’s first and only tournament in charge of England didn’t end well, but the much-maligned boss did at least give Alan Shearer his first taste of tournament football. The legendary striker was just 21 at the time and played against France in the group stages. Unfortunately, he had to wait four years for another opportunity on the big stage after Taylor failed to guide the Three Lions to World Cup qualification in 1994.

FWD: Michael Owen
England fans of a certain vintage will always remember the exhilaration of watching an eighteen-year-old Michael Owen leave Argentina’s defence in his wake before coolly finishing past Carlos Roa to put Glenn Hoddle’s men 2-1 up in the knockout phase of the World Cup in France. Sadly, that infamous Beckham red card and a predictably demoralising penalty shootout ended the Three Lions’ journey. Even more depressingly, that was 23 years ago.