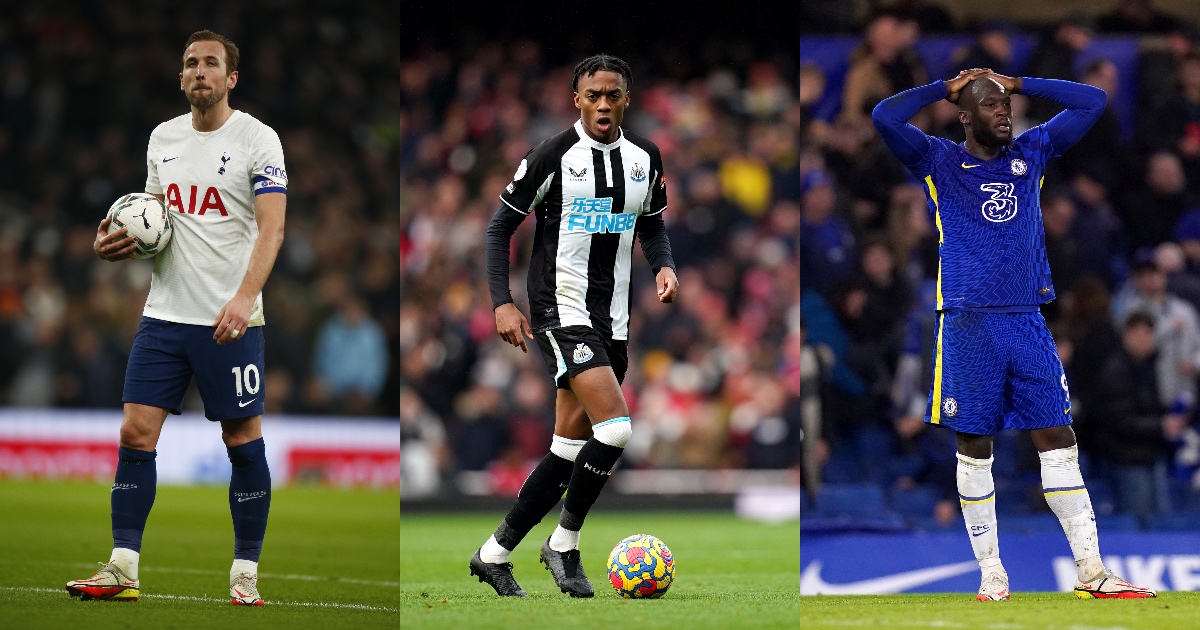 Which transfers haven’t come off? Who’s not kicked on? Who needs a kicking? We’ve selected a flop of the season from every Premier League club.

Arsenal: Nicolas Pepe
The last of the daft Arsenal transfers. £72m and they would be lucky to get half of that now. Four goals in the last two Premier League games of last season provided hope, but none as he started four of Arsenal’s first five this season has seen him nailed to the bench since.

Aston Villa: Danny Ings
Ings is generally considered to be an underrated striker – the sort of player that wouldn’t be out of place in any Premier League squad. But it was an odd signing at £28m given Ollie Watkins’ excellent form as the central striker. Changing the formation to get them both in the team arguably cost Dean Smith his job, and Ings has drifted out of the side under Steven Gerrard following the signing of Philippe Coutinho.

Brentford: Mathias Jensen
No standout Brentford flops, in truth. They were all similarly brilliant at the start of the season, and are now all similarly fading towards the relegation zone. Jensen gets the nod as he was a more creative force from midfield in the Championship.

Brighton: Jakub Moder
Graham Potter clearly rates him – Moder has started 16 Premier League games this season. Brighton haven’t made this easy, they’ve been brilliant pretty much all round. But according to FBRef, Moder has a Goals minus Expected Goals of -2.5, so… flop.

Burnley: Dwight McNeil
Having held the skill baton at Burnley for the previous three seasons, that’s passed to Maxwell Cornet, leaving McNeil holding little more than the distant memory of a transfer link to Manchester United.

Chelsea: Romelu Lukaku
Possibly the biggest flop of them all. Plenty of us tipped him to top the goalscoring charts in the Premier League this season, but he’s only just reached double figures. Lukaku said he was glad to be home when he returned to Chelsea this summer, but the lawn remains uncut as he sits on the sofa and sulks.

Crystal Palace: Odsonne Edouard
He set his own bar very high indeed. According to the goals-per-minute ratio after his debut, in which he scored two in six minutes, he should really have 418 in the Premier League by now. He’s actually scored four goals since at a rate of one every 310 minutes.

Everton: Richarlison
Linked with a move to some very big clubs, a Brazil regular for over three years, but it’s only every now and again for Everton that he does something that merits the very high regard he’s held in. Four goals and three assists in 15 games just isn’t enough.

Leeds: Tyler Roberts
Impressed more and more as last season progressed, but has been really poor this term. Running a lot is great, particularly in a Marcelo Bielsa side, but one goal and one assist in nearly 1000 minutes of Premier League football is sub-optimal.

Leicester: Harvey Barnes
Was in with a decent shot at an England call-up for the Euros before his knee injury last season, but he’s not been able to rediscover his spark. There is no spark in Leicester, mind.

Liverpool: Curtis Jones
The Georginio Wijnaldum spot was his for the taking, but as Jurgen Klopp says, Jones has not made “the next steps” having arrived on the scene over two years ago.

Manchester City: Jack Grealish
Pep Guardiola insists Grealish is “playing at a high level”, but life at Manchester City is a numbers game. While he’s got six goal contributions, Riyad Mahrez has 24, Raheem Sterling has 18, Bernardo Silva has 13, Phil Foden and Gabriel Jesus both have 15.

Manchester United: Cristiano Ronaldo
Ronaldo was never actually ‘the last piece of the jigsaw’, but he was supposed to score a hatful of goals and not boil everyone’s p*ss with his truly awful attitude and constant whining. Yes, he’s a winner, but he’s also a massive pr*ck United could have done without.

Newcastle: Joe Willock
A goal in each of his last seven games on loan at Newcastle last season and not one in 16 starts having made the £27m permanent switch.

Norwich: Ozan Kabak
Bewitched into signing Kabak because Liverpool did, despite him being quite clearly not very good at football, Norwich have won two points from the nine games the Turkey international has played. He’s not featured in their last six games and didn’t make the bench in the last two.

Southampton: Adam Armstrong
A goal on debut but just one more since, Armando Broja as competition is proving too big a challenge for Armstrong. Southampton may be wishing they had gone after the other Blackburn striker.

Tottenham: Harry Kane
Having won the Golden Boot and playmaker award in the his great farewell to Tottenham last season, Kane is still at Tottenham, sort of. He’s got the worst Goals minus Expected Goals score of anyone in the Premier League (-4.8).

Watford: Imran Louza
Louza has been a winner just once this season – that weird 4-1 victory over United – following his £9m move from Nantes; he’s lost all of his other eight games.

West Ham: Nikola Vlasic
You could be forgiven for forgetting West Ham spent their fourth-highest transfer fee of all time on Vlasic in the summer. He’s barely featured and when he does you barely notice him.

Wolves: Raul Jimenez
It’s really great to have him back, but five goals in 21 games is well below his par. Two in his last three suggests he may be about to catch fire to make the difference in Wolves’ push for the Champions League.