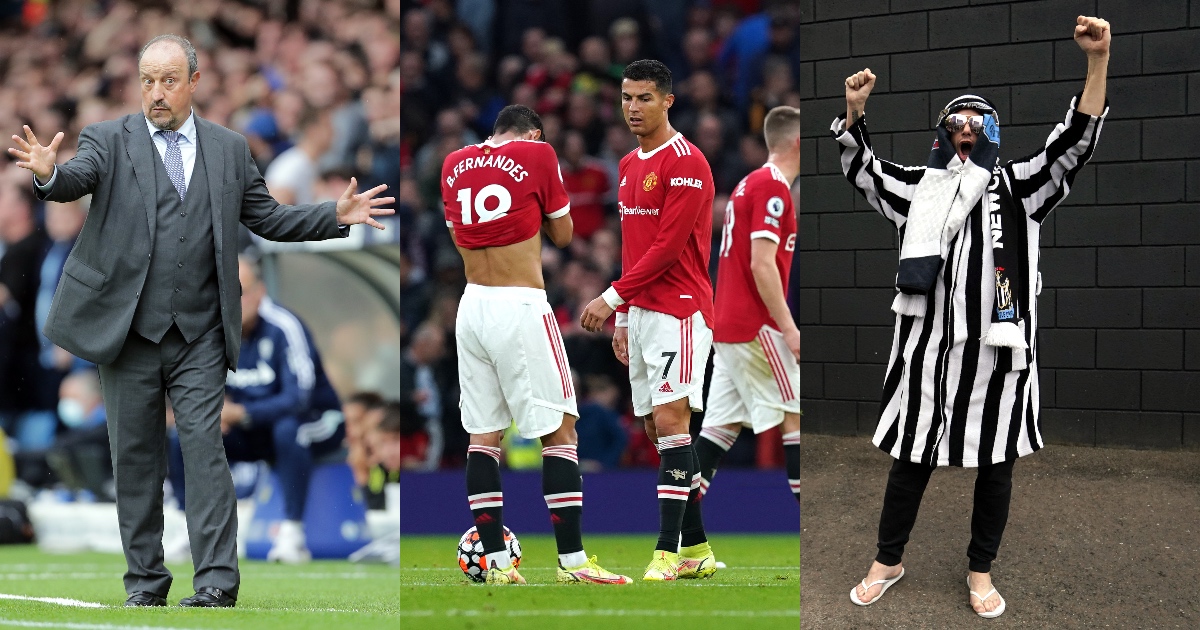 Injuries, tactical madness and selling your soul to the devil – these are the worst moments of 2021 for every Premier League club.

ICYMI here are the best moments.

Arsenal – Europa League semi-final second leg
2-1 down to Villarreal after the first leg, Arsenal put in possibly their flattest performance of the season in their most important game to draw 0-0. Unai Emery was the man to end their hopes of a Europa League title and Champions League qualification – a fitting kick in the teeth.

Aston Villa – Losing Jack Grealish
£100million will have eased the pain somewhat, but it’s tough to lose your best player, captain and a club legend. Some didn’t take it very well at all.

Brentford – Mbeumo’s massive miss
It worked out fine in the end, but Bryan Mbeumo must have wanted the earth to swallow him after missing a proper sitter in the play-off semi-final against Bournemouth. They were 1-0 down on aggregate at the time.

Brighton – The fan boos
“We are sitting eighth in the Premier League but maybe I need a history lesson on this club,” Graham Potter said after sections of the Brighton crowd booed his side off after their draw with Leeds. It was a classic ‘not angry, just disappointed’ message to those who presumably felt very guilty about the whole thing.

Burnley – Dyche’s look-alike anecdote
Dyche attempted to liven up another “boring” press conference by regaling journalists with his lookalike anecdote. Is there anything more ‘you had to be there’ than explaining to a group of people that you once saw someone who looks like someone else?

Chelsea – Chelsea 2-5 West Brom
Callum Robinson did that thing where he scores against Chelsea and no-one else. Five of the 13 goals Chelsea conceded in Tuchel’s 30 games in charge last season came against Sam Allardyce’s West Brom. Nearly a quarter of West Brom’s Premier League goals came in that one game. Vintage Barclays.

The Baggies are in dreamland! 🔥

Crystal Palace – Eberechi Eze’s injury
“It is almost impossible to understand how it happened,” Roy Hodgson said on Eze’s “freak” injury in training. He was in sparkling form before his Achilles popped and had an outside shot of making England’s Euro 2020 squad. His time will come.

Everton – Hiring the enemy
Farhad Moshiri really does not give a flying f*** what the Everton supporters think or want. Either that or he wants them to be miserable. Those are just about the only two explanations for replacing Carlo Ancelotti with Rafael Benitez. Predictably, it’s not going well.

Leeds – Kalvin Phillips limping off against Brentford
Extraordinarily good for Leeds and England this year. Without him, Leeds lack poise, quality and aggression. They will be surviving until he returns.

Leicester – F***ing it in the last 15 minutes of the season
2-1 up against Tottenham with 15 minutes to go, with Chelsea losing to Villa, Leicester f***ed it. Kasper Schmeichel flapped at a cross as Spurs equalised, before Leicester simply gave up on defending to gift Gareth Bale a brace and remove themselves from the Champions League places once again.

Manchester City – Guardiola’s Champions League tactics
Oh, Pep. The best team in Europe had won the Premier League at a canter and had cast Paris Saint-Germain aside in the semi-final. But Guardiola just can’t resist a tactical talking point. Ilkay Gundogan was left to patrol the midfield on his own and Chelsea cruised to Champions League glory.

Manchester United – Manchester United 0-5 Liverpool
4-0 down at half-time, the gulf between the sides was laughable. United were completely dismantled as the visiting fans chanted “Ole’s at the wheel”. He wasn’t for much longer.

Newcastle – Selling their soul to the devil
The club recovered the soul stolen by Mike Ashley and sold it straight to the devil. Newcastle used to be everyone’s second club.

Southampton – Manchester United 9-0 Southampton
When and to which team will Southampton lose 9-0 this season?

Tottenham – Hiring the 76th-choice manager
The road led to Antonio Conte, with Nuno Espirito Santo brought in to tarmac the last five feet. The whole thing was shambolic.

Watford – Ranieri’s first game
Watford are a lot more fun under Claudio Ranieri, but that’s not turning out to be a good thing. You could see his eyes opening wider and wider as Liverpool tore them to shreds in his first game in charge.

West Ham – Sebastien Haller banging in goals for Ajax
After ten goals in 48 Premier League games for West Ham, Haller now has 21 in 34 Eredivisie matches for Ajax and 10 in seven in the Champions League. If West Ham hadn’t already signed Sebastien Haller, they would be trying to sign Sebastien Haller.