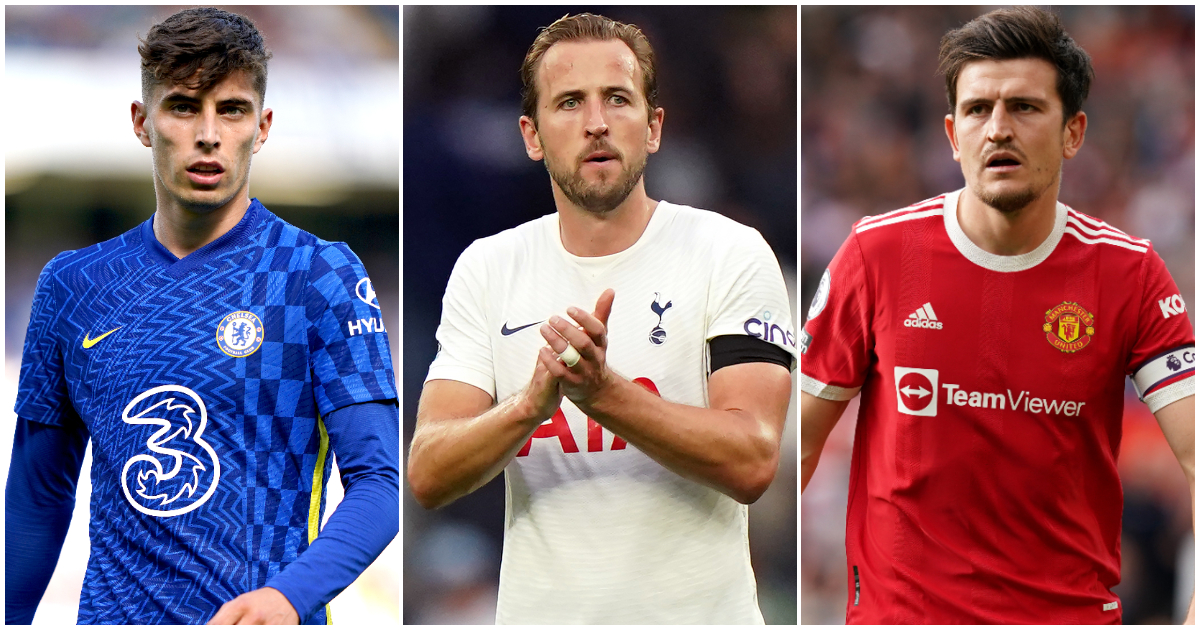 To qualify, players must have played half of their club’s Premier League minutes…

Arsenal: Bernd Leno – 6.27
In fairness to Leno, there are 10 Arsenal players with a worse average rating but none have played the required number of minutes, partly due to the number of changes Mikel Arteta has had to make. Leno, of course, is the victim of one of those recent changes, with Aaron Ramsdale taking over in goal and instantly looking more assured. Though it helps that Arsenal’s defence no longer appears drunk.

Aston Villa: Matt Targett – 6.14
The Villa wing-back had a dreadful start to the season at Watford and seemed to take a couple of games to recover his composure afterwards. Targett looked solid against Everton on Saturday, before he was swapped for Leon Bailey and Villa ran all over the Toffees in the last half-hour.

Brentford: Rico Henry – 6.61
The Brentford left-back doesn’t really belong on a ‘worst’ list. Ten Bees have a lower average rating and Henry has performed solidly during Brentford’s fine start to Premier League life. He was excellent against Wolves on Saturday, but we have to pinpoint someone among the 10 Brentford players to have played the requisite minutes and Henry is that guy.

Brighton: Adam Lallana – 6.52
The midfielder may not have offered much creatively this term – no goals, assists or key passes – but he appears to have turned into N’Golo Kante over the summer…

Burnley: Ashley Barnes – 6.29
It hasn’t been a great start to the season for the Burnley striker. No goals or assists yet but plenty of headlines for his physical approach having got on the wrong side of Jurgen Klopp. And Leeds. And Everton. A poor display against Arsenal earned Barnes a place in the weekend’s worst XI.

Chelsea: Kai Havertz – 6.62
Saul Niguez is rated at Chelsea’s worst-performing player on 5.79 based on his 45-minute horror show on his debut versus Aston Villa. Will he fare any better against Villa in the Carabao Cup? Timo Werner also rates worst than Havertz on 6.03 but the misfiring striker has only played 119 minutes in one start and three substitute appearances. Havertz has started four games and came off the bench in another but so far has only one goal to his name, though obviously there isn’t the panic around the youngster that there was this time last season.

Crystal Palace: Marc Guehi – 6.5
Nothing for Palace to be worried about here. The youngster signed from Chelsea in the summer is settling in to Premier League life and Patrick Vieira is giving him all the time he needs since Guehi has played every minute of Palace’s five games so far. He played 90 minutes at Liverpool while still carrying Harry Kane in his back pocket from the previous week.

Everton: Yerry Mina – 6.56
Ten Toffees, including Ben Godfrey and Alex Iwobi, have a lower average rating than Mina, whose importance to Everton apparently isn’t lost on Richarlison. ‘No Yerry, no win hehe best defender’ the striker wrote on Mina’s Instagram post after the win over Burnley.

Leeds United: Junior Firpo – 6.13
The new signing from Barcelona has had sticky start to life in the Premier League, though he is hardly the only Leeds player to struggle this season. All 19 of the players used by Marcelo Bielsa rate somewhere between Helder Costa on 6.0 and Raphinha on 6.93.

Leicester: Daniel Amartey – 6.28
We were certain one of Harvey Barnes or James Maddison would represent Leicester on this list, with Maddison especially struggling to recapture the form that had him in Gareth Southgate’s England squad. But, no, Amartey is the lowest-rated of Brendan’s boys, with a 5.5 at West Ham doing most damage to his average. And he was hardly the only Fox to stink out the London Stadium.

Liverpool: Harvey Elliott – 6.59
Talk about kicking a man when he’s down… Elliott played exactly 250 minutes, the minimum to make him eligible for this list. And his performances were hardly a concern for Jurgen Klopp – quite the opposite. Four Liverpool players have a lower average rating though Joe Gomez, Divock Origi, Alex Oxlade-Chamberlain and Curtis Jones haven’t managed 90 minutes between them yet.

Manchester City: Ederson – 6.78
I must be hard to impress while you have nothing to do. And when goalkeepers go looking for opportunities to catch the eye, that’s when things start to go terribly wrong. Raheem Sterling’s average rating is 6.59 but he is three shy of having played half of City total minutes.

Sterling role-reversal begs one key question: What next?

Manchester United: Harry Maguire – 6.71
Compared to the start Maguire endured last season, the United captain has looked like Franco Baresi at the back. Eight United players have a lower average score, including Jadon Sancho (6.07 in 202 minutes), Nemanja Matic (6.64 in 198 minutes) and Scott McTominay (6.67 in 174 minutes).

Newcastle: Freddie Woodman – 5.81
Here was Woodman’s chance to state his credentials to be Newcastle’s No.1 and, well, it didn’t go well. He was extremely obliging to Cristiano Ronaldo on the Man Utd star’s return to the Premier League and missed last week’s draw with Leeds through injury when Karl Darlow returned between Steve Bruce’s sticks.

Norwich: Tim Krul – 5.98
In mitigation, the Canaries keeper will point to the shambles in front of him and say no more. But Krul’s save percentage of 48.1% is better only than Woodman’s. Norwich’s defence has been dreadful, but Krul hasn’t put up much resistance either.

Southampton: Romain Perraud – 6.32
The 23-year-old left-back, signed in the summer from Brest to replace Ryan Bertrand, is still settling in but his ratings suggest he is improving. After a 5.8 on his Premier League debut at Everton, Perraud’s numbers have increased gradually through starts against Manchester United and West Ham.

Tottenham: Harry Kane – 6.32
We don’t need the numbers to recognise that the England striker is suffering a hangover from the summer. Daniel Levy was declared the winner of the Kane battle, but Pep Guardiola and Manchester City are coming out of it better with each game the centre-forward goes through the motions.

Watford: Moussa Sissoko – 6.32
A ropey Watford debut against Tottenham, the club from which the Hornets signed Sissoko in the summer, has skewed the midfielder’s numbers, with improvements following in the subsequent matches against Wolves and Norwich.

West Ham: Lukasz Fabianski – 6.47
The Hammers stopper has always been among their most consistent, reliable performers since he moved to the London Stadium, so now is a bad time to suffer a dip in his usual standards, especially with David Moyes waiting for an excuse to play Alphonse Areola.

Wolves: Raul Jimenez – 6.39
The Mexico striker has just returned from a fractured skull, which is a feat in itself. And Jimenez leads Wolves for key passes per game while tying with Adama Traore for shots per game. So the striker is getting into good positions. The goals will flow the sharper he becomes.