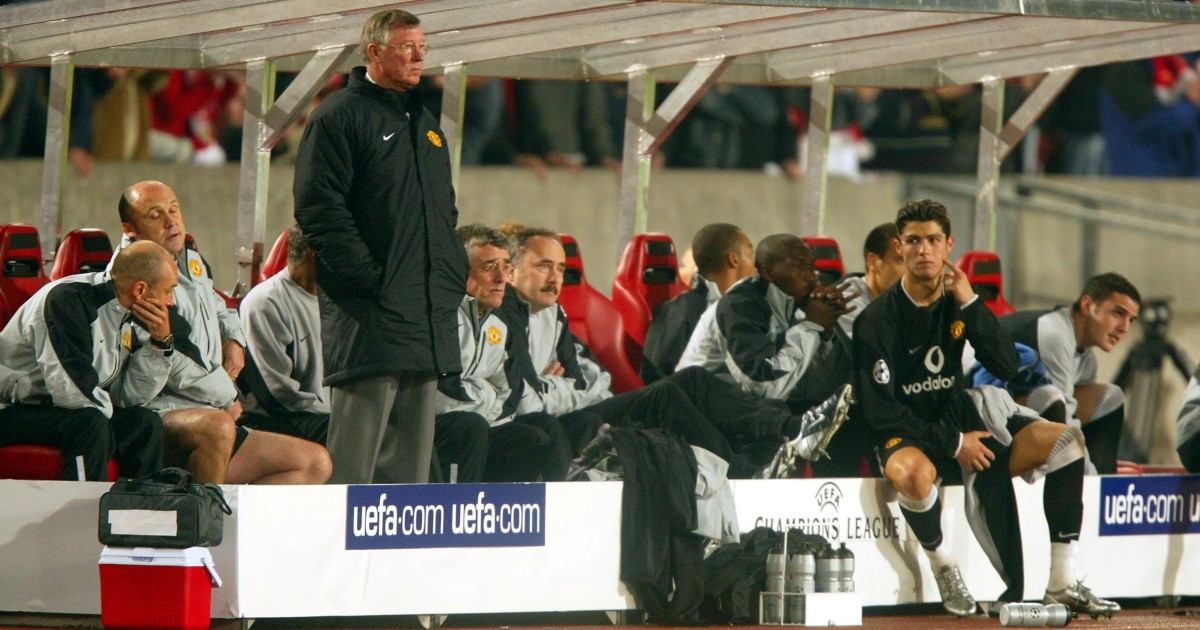 Sir Alex Ferguson feels “you should always start with your best players” but he rested Cristiano Ronaldo plenty at his Manchester United pomp.

Ole Gunnar Solskjaer might be interested to hear his role model’s views on the decision to leave Ronaldo on the bench against Everton, although Ferguson was not above doing the same or even omitting him from the squad on occasion.

Here are all the Manchester United games for which Ronaldo was rested despite being available from the 2006/07 season onwards.

v Wigan (December 26, 2006)
By Boxing Day 2006, it was clear that the Cristiano Ronaldo who left Manchester United to link up with Portugal for that year’s World Cup was no more. The player that returned to Old Trafford was leaner, more determined, more single-minded and focused on overcoming the boos that greeted his every touch. The winker had eight goals and six assists in 22 games but a home fixture with Wigan was deemed winnable without the Portuguese. Ronaldo was rested and watched his teammates toil to 0-0 at half-time, with Ferguson dissatisfied enough to introduce his star forward for Darren Fletcher. Within five minutes of his introduction, Ronaldo had scored twice and Solskjaer, in between taking coaching notes, added a third soon after.

v Everton (April 28, 2007)
The official line was that Ronaldo had suffered a knock in training but Manchester United had a three-point lead over Chelsea at the summit of the Premier League with four games remaining and a trip to AC Milan for the Champions League semi-final second leg beckoned four days later; there were more important matters at hand than a visit to David Moyes’ typically welcoming Everton. The Toffees were actually leading 2-0 when Ronaldo was introduced in the 63rd minute but United fought back to win 4-2 through John O’Shea, a Phil Neville own goal, Wayne Rooney and Chris Eagles.

v West Ham (May 13, 2007)
With their Champions League hopes extinguished by Kaka and friends in the San Siro, Manchester United dragged themselves back to Old Trafford with little to play for. The Premier League title was already secured when West Ham visited and Carlos Tevez upstaged Ronaldo, who was brought on for Alan Smith but could not add one final coat of sheen to his breakthrough season.

v Aston Villa (October 20, 2007)
Firmly established as one of the Premier League’s best players by late 2007, Ronaldo received the VIP treatment when Ferguson elected to rest him against an Aston Villa side that had started the season strongly. Manchester United still had Tevez, Rooney and Anderson in their ranks so it was little surprise when they overcame an early deficit to lead 4-1 and miss a penalty by the time Ronaldo was brought on to get 15 minutes into those scrawny legs.

v Roma (December 12, 2007)
The process was reversed by December as Ronaldo was given a Champions League reprieve in preparation for an important Premier League game. Manchester United had already finished top of their group in Europe, Ronaldo scoring five times in as many matches, when they were tasked with travelling to Roma. The Portuguese was not even named in the squad as Liverpool were next four days later and he would need to play the full 90. Ferguson secured a draw against the Italians and a 1-0 victory at Anfield, because he was quite good at management.

v Fulham (March 1, 2008)
And then it was back to the Premier League bench to prioritise for Europe. Manchester United had rescued a late 1-1 draw with Lyon in the Champions League last 16 on February 20, with two domestic games before the return at Old Trafford on March 4. Ronaldo faced Newcastle, scored twice and assisted another, before dropping out of the side for Nani, Tevez and Louis Saha against Fulham on March 1. He played 21 minutes of a 3-1 win, keeping him sharp enough to score the only goal in a crucial win over Lyon the following midweek.

v Roma (April 9, 2008)
Ronaldo was not needed for both legs of the quarter-final. Manchester United, having already beaten and drawn with Roma in the groups, faced a side they had thrashed 8-3 on aggregate at the same stage of the competition the previous season. A 2-0 win at the Stadio Olimpico – in which Ronaldo scored – persuaded Ferguson that he could do without the Portuguese at Old Trafford the next week. Tevez justified the call with the only goal in a 1-0 victory.

v Chelsea (April 26, 2008)
One of the most notable occasions on which Ferguson did not heed his own advice to Khabib Nurmagomedov came in April 2008, although history still reflects well on the Scot. Manchester United had drawn their Champions League semi-final first leg with Barcelona and faced Chelsea three days later with a three-point gap over the Blues atop the Premier League table. Ferguson figured that their superior goal difference and closing fixtures against West Ham and Wigan gave him an opportunity to rest not only Ronaldo but Tevez for the trip to Stamford Bridge. Manchester United lost 2-1 even with Ronaldo’s late cameo, beating Barcelona three days later to vindicate the decision. Chelsea then slipped up in the Premier League, with John Terry following suit in Moscow.

v Aalborg BK (December 10, 2008)
Another simple one. Manchester United were unbeaten, top and through in their Champions League group, even with Ronaldo failing to score. Rooney and Tevez got run-outs and scored but Ferguson removed any temptation by omitting Ronaldo from the squad entirely.

v Sunderland (April 11, 2009)
This one worked. April 2009 began with Ronaldo scoring twice in the Federico Macheda game against Aston Villa, then playing the full 90 minutes of a 2-2 Champions League quarter-final draw with Porto two days later. A trip to Sunderland followed in which Ronaldo was again given 20 minutes in a slight panic at 1-1 with Rafael Benitez’s Liverpool chasing. Macheda scored the winner once more and Ronaldo was kept fresh enough to score a tap-in from Anderson’s sensational pass in Portugal.

v Middlesbrough (May 2, 2009)
And again. Ronaldo scored twice and assisted another in a 5-2 win over Tottenham on April 25. He then played 90 minutes of a Champions League semi-final first-leg win against Arsenal on April 29. Ronaldo was an unused substitute at Middlesbrough – another victory – on May 2, then scored twice and assisted again to vanquish Arsenal from Europe on May 5 before netting a Manchester derby opener on May 10.

v Hull (May 24, 2009)
Before this season, the most recent Premier League appearance Ronaldo had made was in the penultimate game of the 2008/09 campaign. With the Champions League final three days later and another Premier League title in the bag, Ferguson rather sensibly decided that a dead-rubber at Hull was neither the time nor the place for the world’s best player. The Tigers were mauled mildly scratched 1-0 by Darron Gibson, but it didn’t matter; Ronaldo was powerless to prevent a 2-0 Barcelona win in Rome.