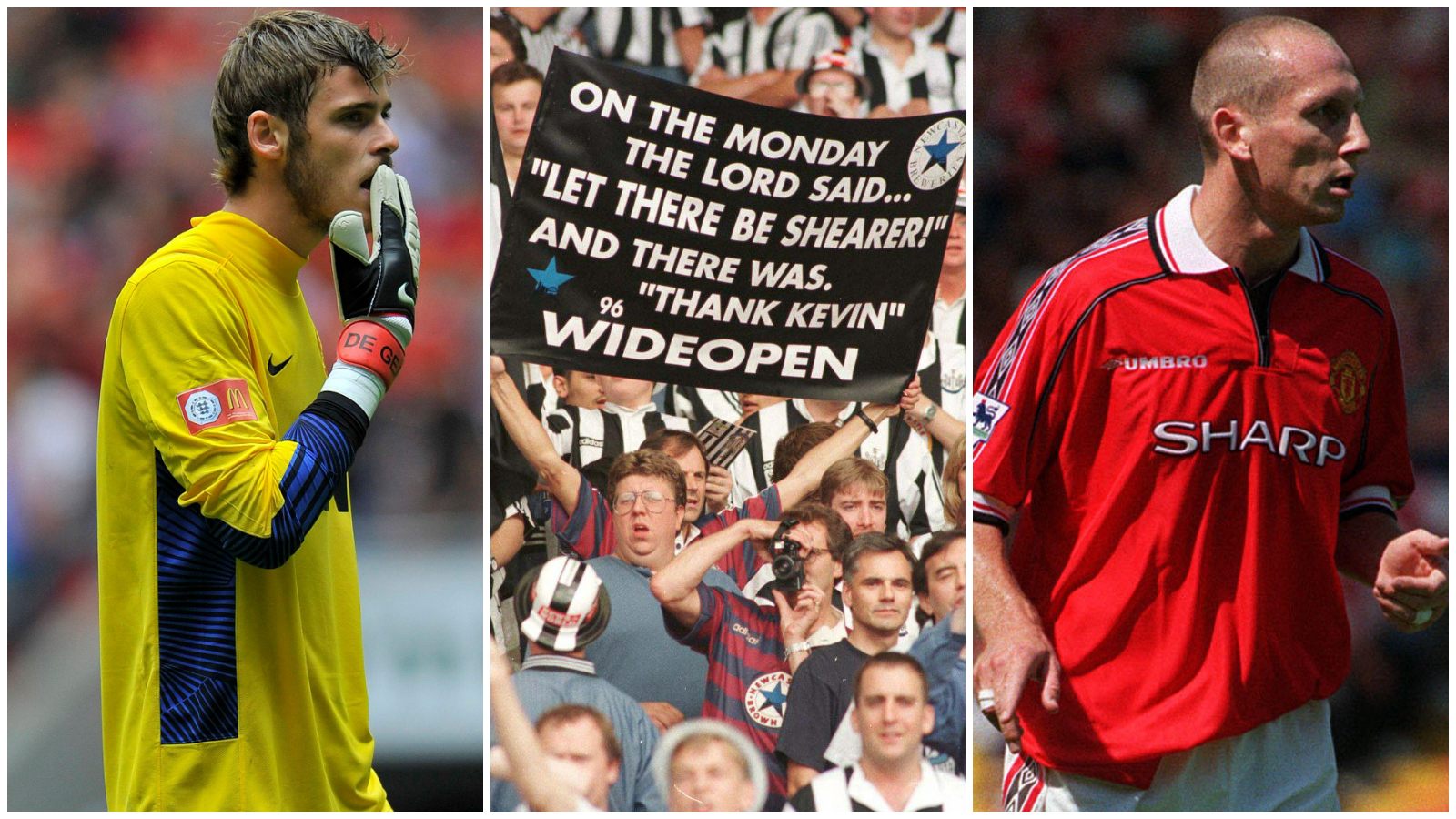 Erling Haaland and Darwin Nunez will both be hoping to fare better than these guys should they feature for Manchester City and Liverpool at Leicester on Saturday.

Offering United fans a taste of what was to come for the next 11 years, the opening goal for City came when De Gea refused to leave his line, allowing Joleon Lescott a simple header from David Silva’s in-swinging free-kick.

City’s second, just before half-time, came as a result of City’s shoot-on-sight policy, presumably adopted once they caught view of the stick-thin Spaniard. Edin Dzeko rasped in a drive from 30 yards that De Gea never began to get close to.

Mercifully for De Gea, United staged a stunning fightback in the second half to beat their neighbours 3-2. But De Gea’s misery continued during a miserable first 18 months in English football, before he finally filled out and fulfilled the potential United first saw.

Alan Shearer
Having turned down Alex Ferguson and Manchester United earlier that summer, Shearer’s competitive debut for Newcastle after his £15million move came against the Red Devils on the Magpies’ first Wembley trip in 20 years.

Once there, Kevin Keegan’s Newcastle forgot to play. They were battered 4-0 by the Premier League champions and FA Cup holders, with United splitting the goals equally in each half. Nicky Butt and Eric Cantona got the first two; David Beckham and Roy Keane added a couple more late on.

‘Newcastle United somehow managed to turn in one of their worst displays since the arrival of Keegan at St James’s Park,’ wrote The Chronicle after seeing their returning local hero pocketed by Gary Pallister and David May.

Newcastle had their revenge – of a sort – when they thrashed United 5-0 at St James’ Park a couple of months later.

Jaap Stam
Ferguson reacted to losing the Premier League title to Arsenal in 1998 by signing Stam to marshal the centre of his defence. It proved to be a masterstroke, even if the early evidence offered a very different view.

Stam started for the Red Devils at Wembley against Arsene Wenger’s Double-winning Gunners, who asserted their authority with a dominant display against what The Guardian described as ‘a listless, shapeless United side’.

The verdict on United’s new signing was equally damning. ‘The speed of Nicolas Anelka seriously exposed the slowness on the turn of Stam,’ who was also beaten in the air by Tony Adams for the opener.

United’s cause wasn’t helped by Nicky Butt’s dismissal, despite the presence of Stam covering as last man. But Ferguson wasn’t blaming the referee: “We were second best. There are some days when I can’t find any excuses.”

Jack Grealish
Last season’s Community Shield was remarkable for little other than Grealish’s competitive-ish debut as a £100million record signing for City. Aside from his introduction, it was a completely forgettable afternoon at a half-empty Wembley.

Leicester became the first non-Big Six side since Everton in 1995 to win the Community Shield thanks to a late penalty from Kelechi Iheanacho.

But the focus was on Grealish, who was kept on the bench until the last 25 minutes. Prior to the game, the talk was of Pep Guardiola using Grealish as a No.8 but, offering a taste of what was to come, the new boy played off the left.

Upon replacing Samuel Edozie, Grealish struggled to light up a dull affair, with only one notable dribble and one pass into the box that came to nothing.

Michael Ballack
The Germany international was perhaps not the most high-profile debutant in Chelsea’s side against Liverpool at the Millennium Stadium. Andriy Shevchenko hogged most of the attention, and by scoring Chelsea’s only goal, the £35million striker got off to a fine start that he couldn’t maintain.

Ballack’s fortunes changed, too, mercifully for the midfielder. He lasted only 25 minutes on his debut, which was long enough to pick up a booking after only six minutes for a woefully late tackle on Momo Sissoko.

Chelsea went behind shortly after, and Ballack departed with a hip injury long before Shevchenko’s equaliser just prior to the break.

Peter Crouch’s winner with 10 minutes to go made it a losing start for Shevchenko and Ballack, the latter missing the opening two games of the Premier League season due to the injury sustained in Cardiff.