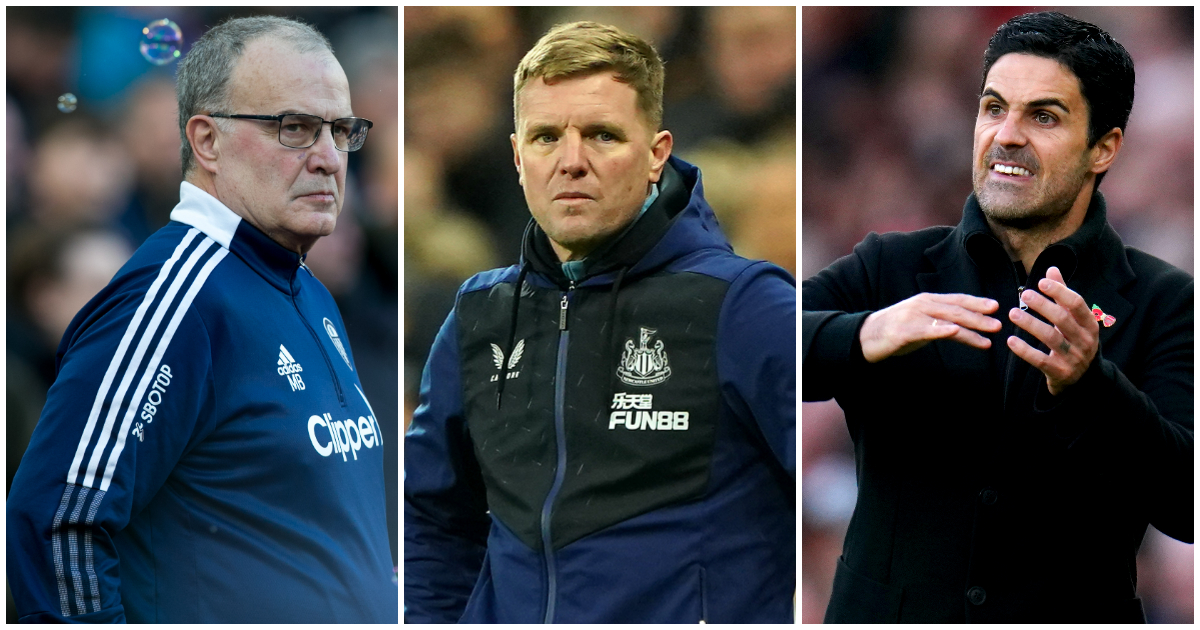 Newcastle require a centre-forward – and so much more besides – while Arsenal, Leeds and Burnley must all source different midfielders. Here are the five transfer needs highlighted by the FA Cup third round…

Newcastle – centre-forward
It was already abundantly clear that Newcastle need a striker, but their frankly hilarious FA Cup exit to Cambridge at least served to ram home that point to the Toon hierarchy in attendance.

With Callum Wilson out for another eight weeks, Newcastle could be adrift by the time their leading centre-forward returns. Against the League One outfit, the Magpies had 22 efforts on goal while displaying the killer instinct of Mother Theresa.

Eddie Howe started with Allan Saint-Maximin in the central role before turning to Jacob Murphy. Despite him looking the most dangerous, Murphy was first to be hooked by Howe, with Ryan Fraser then thrust through the middle. All to no avail.

Newcastle not only need a striker but they really need one this week, with Watford due at St James’ Park on Saturday for a six-pointer. A number of names have been thrown around – Burnley’s Chris Wood is the latest – and the Saudi owners will have to accept that they will be made to pay over the odds if they want a fit-for-purpose centre-forward through the door before it’s too late.

Arsenal – central midfield
Mikel Arteta didn’t need a woeful showing at Nottingham Forest to identify the need for new signings. “Obviously we are going to move, and we are going to look for options, because we are very short,” he said in his pre-match press conference. He doubled down on that post-match: “I think it’s clear where we need to strengthen.”

Arteta also spoke of the need to maximise every transfer window, and the manager isn’t prepared to wait until the summer for reinforcements. The fact a Champions League place is within their grasp will strengthen his case with the Arsenal board, and when Stan Kroenke opens his wallet, surely the position to prioritise will be central midfield.

Albert Sambi Lokonga was the only senior midfielder available to Arteta on Sunday, with Thomas Partey and Mohamed Elneny away at AFCON and Granit Xhaka dealing with a dose of the ‘rona. Even when Arteta isn’t short on numbers in the middle, he remains short on the necessary quality.

Arteta also wants a striker but a centre-forward may have to wait until the summer; Arsenal can’t afford to be as patient over their lack of options in the engine room.

Burnley – a creative midfielder
Burnley suffered a similar fate to Arsenal, going out of the cup to Championship opposition. There were mitigating factors: Covid is causing havoc at Turf Moor, with Sean Dyche missing from the touchline on Saturday. But the Clarets were still able to name a strong-looking XI – one that caved in to the Terriers, allowing the visitors to come from behind in the second half.

During that period, Burnley were facing a teenage debutant goalkeeper, but Nicholas Bilokapic must be thinking this senior lark is a piece of p*ss after playing 50 minutes off the bench without being forced into a save of note.

That and the fact that a much-changed Huddersfield side was able to dominate the second period spoke of Burnley’s dire lack of creativity. Aaron Lennon and Jack Cork shared the No.10 role but neither was able to penetrate the Terriers’ defence.

Burnley were interested in Aaron Ramsey, but the Juventus star did not reciprocate the sentiment. So Dyche is left looking for a source of creativity as the Clarets desperately try to keep up with Newcastle and Watford, who have already strengthened and will continue to do so throughout the rest of the month.

Leeds – a midfielder
Marcelo Bielsa is yet to a win an FA Cup tie but the Leeds manager could be excused his line-up for the trip to West Ham on Sunday.

Leeds are absolutely riddled with injuries right now, as they have been for most of the season. Bielsa prefers a smaller squad, but Leeds’ fitness woes this season have highlighted the risks of such an approach.

The Whites played three untried teenagers, with Sam Greenwood given his first start in attack. The teenager lasted only until the break, with Bielsa’s lack of options in attack all too apparent.

Bielsa, though, recognises that signing a new striker might not be a savvy move in the long term. While he was shorn of Patrick Bamford, Joe Gelhardt, Tyler Roberts and Rodrigo, none are expected to be long-term absentees, though Bamford’s continuing set-backs must be a huge concern.

Leeds are light too at centre-back and in midfield and their engine room has to be the priority this month. Lewis Bate was given what to many felt like a belated debut but, like Greenwood, he lasted only the first half.

Like Burnley, Leeds have been credited with an interest in Ramsey, while a loan move for Ross Barkley is also a possibility. The Whites also retain an interest in Huddersfield’s Lewis O’Brien and their injury woes might make Leeds more open to meeting the Terriers’ demands than they were during the summer.

Everton – centre-back
Everton reached the fourth round – eventually – but the win over Hull still prompted more questions than answers for Rafael Benitez.

The manager was left in no doubt as to the supporters’ feeling when a banner was unfurled in the closing minutes of extra-time: ‘Benitez: Get out of our club’. That came seemingly ages after the visiting fans joined their hosts in a chorus of ‘You’re getting sacked in the morning’ following a dire opening 20 minutes which saw Hull lead.

Their opener after 45 seconds summed up much of what’s wrong at Everton. They conceded the opener – again – and once more it came from a set-piece, to add to the nine they have shipped in similar circumstances in the Premier League.

The Toffees’ defending was wretched, and while Benitez has already addressed the full-back situation, he remains short of a dominant centre-back, especially if he is to persist with a back three and two screeners, a system which has been pulled to pieces by Brighton and Hull in the last week.

Seamus Coleman joined Ben Godfrey and Michael Keane in the centre but all three struggled while Hull continually played balls into the channels behind the wing-backs. Benitez eventually reverted to a back four when he withdrew Jonjoe Kenny for Abdoulaye Doucoure, and that might be the way forward for the Toffees. But if Rafa is insistent on sticking with three centre-backs, he could really use another quality addition. Ideally one that doesn’t mind putting his head on set-pieces.