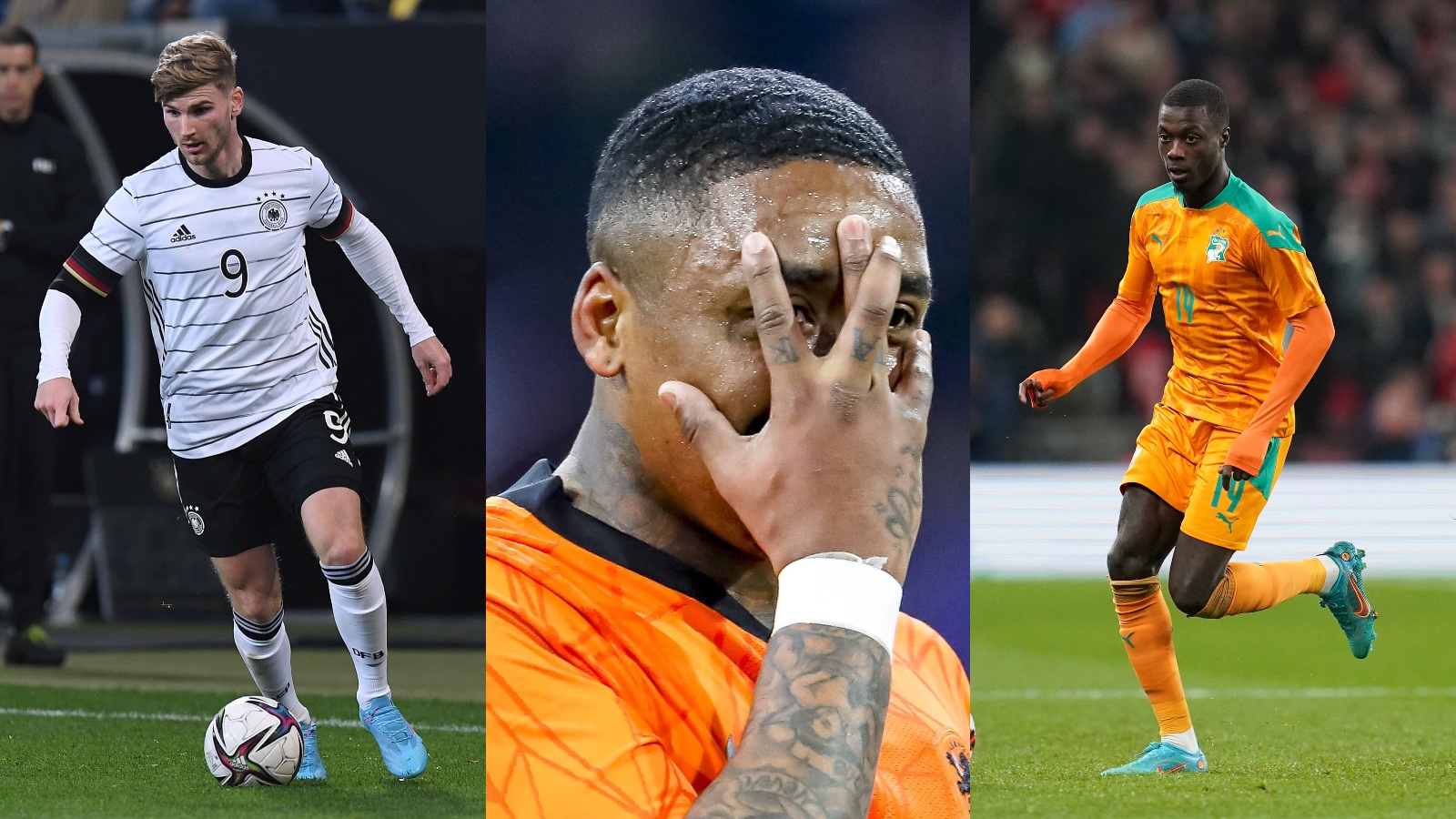 International breaks can offer respite for some Premier League players from the stresses of their clubs. These five have struggled for form, game time or both with their club sides but impressed on international duty…

Timo Werner
A report on Tuesday claimed Chelsea would accept just over £33m for Werner this summer, having paid £48m for him two years ago. The formerly prolific striker has become a weird combination of cult hero and figure of fun at Stamford Bridge. He receives perplexing support from the fans despite failing to find anything like the goalscoring touch he enjoyed in the Bundesliga, often tripping over himself before he can even get into a position to score.

Watching him play for Chelsea – for whom he’s scored just 19 goals in 80 appearances – it’s hard to believe he was banging them in at a rate of one every 100 minutes in his last season at RB Leipzig. But despite having his confidence completely sapped in the Premier League, he continues to perform for Germany.

National manager Hansi Flick has started Werner in all seven games for which he’s been fit since the former Bayern boss took over in August. And Werner has repaid that faith with six goals and an assist. Ironically, given they often play as though it’s their first time together whenever they step on the pitch for Chelsea, Werner has formed a fine partnership with Kai Havertz.

It may not be a Werner problem, it may be a Werner at Chelsea problem. He’s not the first striker, or even the only current striker, for whom that is the case.

Steven Bergwijn
Bergwijn’s Spurs zenith came in his very first game for the club in February 2020, as he scored the opener in a 2-0 win over Manchester City. He’s started just 24 Premier League games in the two years since and just one since the end of August this season. Faced with an already difficult battle with Lucas Moura to be ‘the other one’ alongside Harry Kane and Son Heung-min in the Spurs attack, the signing of  Dejan Kulusevski in January has caused him to drift further from the reckoning.

But his lack of game time didn’t cost him a place in Louis van Gaal’s Netherlands squad for their latest two internationals. And the forward scored two goals in the their 4-2 win over Denmark – the first a towering header and the second a neat curled finish into the far corner – before coming off the bench to secure a draw against Germany.

Nathan Ake
Ake moving to Manchester City was always a strange decision, made stranger by Ruben Dias signing for the club just a month after the former Bournemouth defender had put pen to paper.

Fourth-choice centre-back for a team playing a back four is not an enviable role. He’s started just seven Premier League games this term and 16 in his two full seasons at the club.

He started and scored in the Netherlands’ 4-2 win over Denmark, alongside Virgil van Dijk and Matthijs de Ligt in a back three for Louis van Gaal’s side. Ake’s best bet of more frequent club game time is to persuade Guardiola to switch to Van Gaal’s tactics, and if that’s his best bet, he should save his not particularly hard-earned cash for something else.

Nicolas Pepe
The winger has admitted his frustration at Arsenal this season, citing “the language barrier” between himself and Mikel Arteta as part of the problem. Bukayo Saka is surely the greater obstacle.

Saka moved up to the Arsenal first team in the same summer Pepe joined the club for £72m from Lille and it’s the England international who’s nailed down the spot on the right side of the Gunners’ attack.

Pepe’s numbers aren’t terrible; he scored ten Premier League goals to Saka’s five last season. And as he showed with his stunning solo goal against France for Cote d’Ivoire over the weekend, he is more than capable of the extraordinary. It’s all the other stuff – the pressing, the tracking back, the team play – where Saka’s displays dwarf those of the man vying for his starting spot.

Christian Pulisic
An odd choice perhaps, given he’s started eight of Chelsea’s last 13 Premier League games – he’s hardly out in the cold. But there is still very much a sense that we’re all waiting for him to truly catch fire at Stamford Bridge.

That’s a compliment really. It’s good that more is expected of a player who is already performing reasonably well. Well enough to play frequently for the third best team in the Premier League, anyway. But he can and should be doing more on a consistent basis after almost three years at the club.

He captained the USA to their 5-1 win over Panama on Monday, scoring a hat-trick in that game to take his side to the brink of qualification for the World Cup. One of his touches for his third goal of the night was brilliantly described by a US commentator as “filth of the very highest order”. It would be great to see filth of any order at Chelsea.