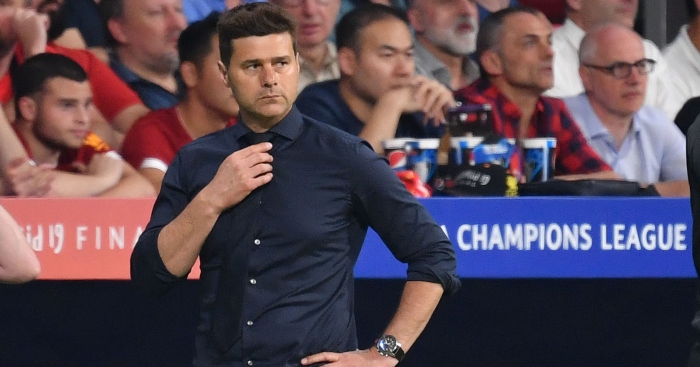 Mauricio Pochettino is back in the game. The former Tottenham boss, dismissed by Spurs in November 2019, has taken over from Thomas Tuchel at Paris Saint-Germain.

Here are the five most-pressing issues for Pochettino to address…

Win hearts and minds
The priorities for Pochettino at the start of his new project contrast sharply with his old one. At Spurs, it became all about ending their trophy drought, after the manager laid the foundations to put the club on the same stage as Europe’s biggest names. Now, at PSG, trophies are almost guaranteed. But to truly satisfy his new bosses, Pochettino has to achieve success in a manner which captures the imagination of everyone within the club and, ideally, those ambivalent to their cause beyond the Parc des Princes.

For that, PSG have the best man for the job. Pochettino has left an indelible mark on so many of his former charges and the supporters who watched those players grow, and in some cases overachieve, under his influence. He prides himself on creating the best possible atmosphere in which to work and for the fans, his brand of high intensity football is an exhilarating watch.

In his previous positions, however, Pochettino has taken over groups of players used to punching up, whereas at PSG, their star-studded dressing room is all too comfortable swinging in the opposite direction. Selling his vision to Saints and Spurs players is likely to have been far easier than the task that awaits: uniting an often fractured squad, littered with influential individuals not accustomed to putting side before self.

Win the Champions League
Goodwill is important, but Pochettino knows he is, now more than ever, in the business of winning. He can earn his first piece of silverware as PSG boss – indeed, his first trophy as a manager anywhere – in his third game in charge. On January 13, the Parisians go to Lens to face Andre Villas-Boas’ Marseille in the Trophee des Champions. That, or any other domestic trophy, is regarded as the bare minimum requirement. Laurent Blanc was fired after consecutive domestic Trebles. The Champions League is what determines the success of any modern-day PSG manager in the mind of president Nasser Al-Khelaifi.

Tuchel took PSG as close as they have ever come. In August, they fell victim to Bayern Munich’s relentlessness in Lisbon. Close, but not close enough.

Pochettino’s predecessor dragged PSG through a difficult group, at Manchester United’s expense, and the new manager’s primary task is to prepare his players to face Barcelona in next month’s round of 16 clash.

Given the rebuild required at PSG, this could be their best chance of their most wanted success, especially within the timeframe of Pochettino’s initial contract. If he can pull the likes of Kylian Mbappe, Neymar and Angel Di Maria together for one last push, the new manager could achieve immortal status within six months of his appointment.

A BIG call for Hansi Flick to bring him into the starting XI #UCLfinal pic.twitter.com/r3xMX3t3hr

Change the mentality within the dressing room
“Nothing but birthday parties – incredible,” Thomas Meunier said of life at PSG when he left in the summer. “When I was at Bruges, we’d celebrate birthdays by playing darts or pool in a bar, but here it’s just outrageous. But that just reflects the club: hire a palace, hire a building, parties with hundreds of people.

“That’s when you see that they’re more than footballers; they’re stars. I always had a good time but it was all a bit extravagant and ‘did you see me?’ But that’s part of it, part of the game.”

Pochettino is unlikely to accept that situation quite so willingly. PSG may have been seen as a playground by players in the past, but this squad is about to meet the most strong-willed manager many of the players will have worked under.

That is not to say Pochettino will come in swinging his big stick, demanding the players chuck their medals in the bin, a la Brian Clough at Leeds. But the new manager will assert the kind of authority many of the star names are no longer used to answering to. Pochettino has six months to assess which players he can trust in that regard. Starting with the big hitters…

Address the futures of their biggest names
Change is coming at PSG, regardless of Pochettino’s appointment. Their biggest names, Mbappe and Neymar, are approaching the final year of their contracts, with each reportedly seeing a different path ahead.

Mbappe is said to want to leave for a new challenge, while Neymar is now understood to be happy to stay. Both could be bad news for Pochettino.

The manager has to fathom what the Brazilian’s motivation is to remain in Paris, having spent most of his time since arriving as the world’s most expensive player in 2017 trying to leave and return to Spain. The suspicion has to be that his change of heart has come having dawned upon him that no other club will pay him what he earns at PSG, and he certainly won’t find one that will offer him the same remuneration while catering for his many whims.

Angel Di Maria is even closer to the end of his contract – the Argentina star will be a free agent this summer. One of Tuchel’s last acts as PSG boss was to bench Di Maria against Lorient. “I feel like Angel has lost some things that were easy for him before,” said Tuchel, who had previously trusted Di Maria more than many of his team-mates.

Juan Bernat is said to be close to agreeing new terms before his deal expires this summer, while Julian Draxler is set to be cut loose. Though Pochettino’s fresh eyes could provide new impetus for those stars currently failing to justify their huge wages.

Pochettino has never worked with such a glittering array of stars before but he has shown he can be ruthless when necessary. Shortly after taking over at Spurs, he froze out ‘the bomb squad’. Granted, Emmanuel Adebayor, Etienne Capoue, Benoit Assou-Ekotto, Aaron Lennon and Younes Kaboul did not hold the kind of sway that PSG’s heavy hitters clearly do, but Pochettino is unlikely to have taken the job had he not been assured of backing from the board when it comes to reshaping his squad.

Early loser: PSG, Mbappe and a lack of fierce desire

Keep the board onside
Tuchel seemed demob-happy by the time he was eventually relieved of his duties. Apparently the decision to dispense with the coach had already been taken but Tuchel hammered the final nail in his own coffin with an interview he conducted with German media.

“Am I still a manager or am I a politician in sport, a minister for sports?” he pondered. “At its heart, I love the game and I can get this satisfaction in many ways as a manager. I only love football. And in a club like this, it is not always just football.”

Those quotes reportedly went down as well as you might expect with a board as thin-skinned as PSG’s. But they highlight the biggest problem for any coach at the Parc des Princes: simultaneously keeping happy the hierarchy as well as the players.

Tuchel struggled to get on with Leonardo and his predecessor as sporting director, Antero Henrique, while Al-Khelaifi’s relationship with the big-name players would be unsettling for even the most self-assured coaches. Tuchel, though, has a track record of rubbing his bosses up the wrong way. Pochettino managed to keep Daniel Levy content – at least until he wasn’t.

But Pochettino already has friends in high places. Just prior to his sacking at Spurs, he delivered a lecture in Qatar and spoke of the emirate’s “vision, planning, and passion it shows for sports development”. Le Parisien reports Pochettino returned to Doha last autumn to meet with the Emir of Qatar, who personally requested his appointment. It seems clear already that Pochettino plays politics better than his predecessor.