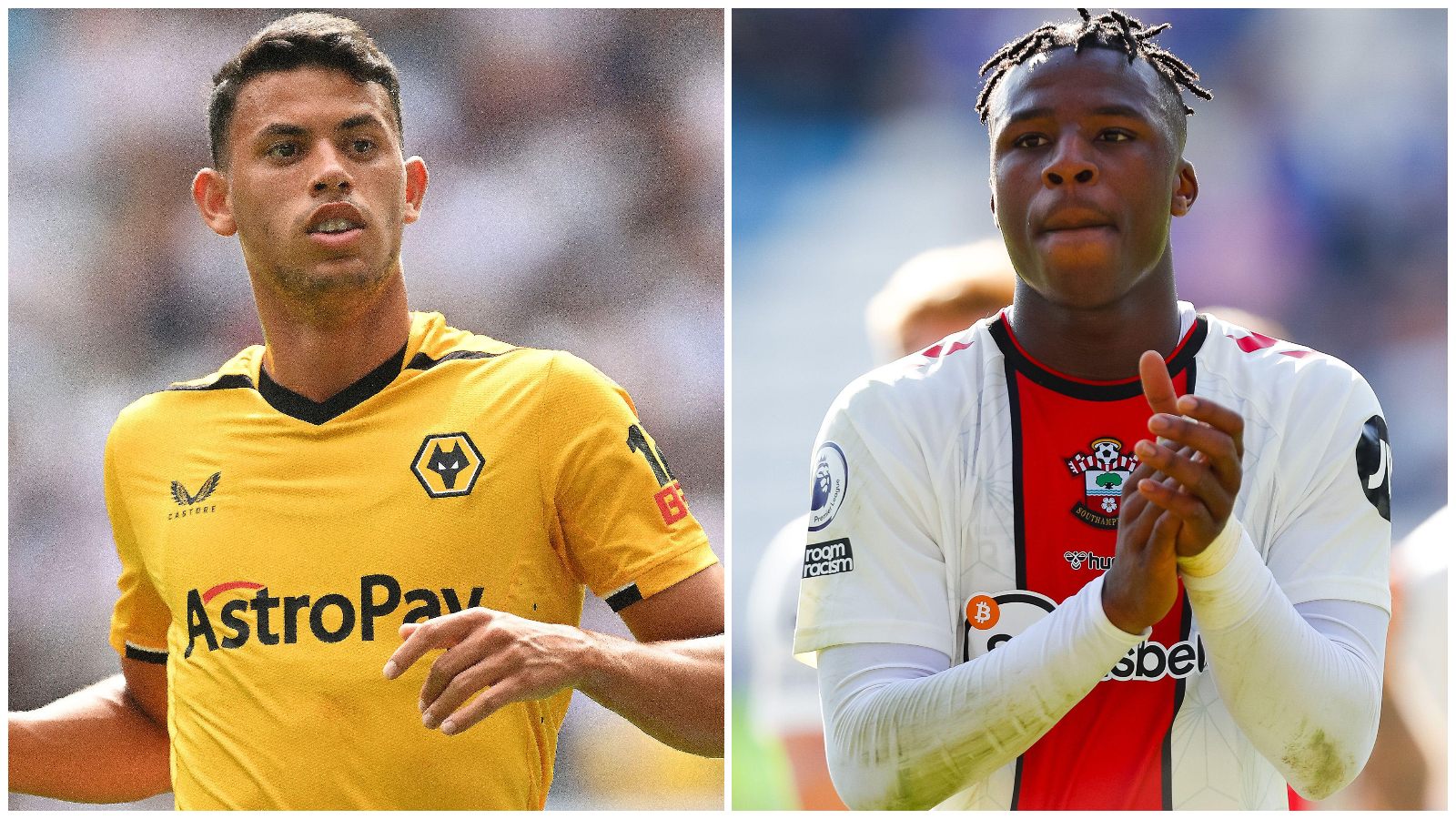 Southampton signed a couple of gems who are already being lined up for moves by the big boys. And Kalidou Koulibaly’s replacement might need replacing before long…

Matheus Nunes
Wolves’ club-record capture of Nunes was seen as a coup when it was announced back in the summer. The midfielder enjoyed a splendid season with Sporting last term, showcasing many of the No.8 traits that Liverpool and Arsenal were looking for but never found.

Bruno Lage had to fork out £38million but Wolves took the view that Nunes is an investment. Which has turned out to be a savvy move. Because it seems the Big Six clubs who pondered moving for the 23-year-old in the summer opted to wait and see how he fares at Molineux and move for a bigger fee, rather than risk almost £40million on a player untested outside the Portuguese league.

Of course, Jorge Mendes played a role in bringing another highly rated star to Little Portugal in the Black Country. Nunes initially turned down the chance to go to West Ham but the opportunity to link with so many of his countrymen was rather more tempting. Already, exacerbated by the obvious need for midfield reinforcements, Liverpool are being linked with a move for a player Pep Guardiola described earlier this year as “one of the best players in the world today”.

Romeo Lavia
Southampton could have flipped Lavia inside a single window, had they opted to take Chelsea’s money when it was plonked in front of them in the final hours before the deadline.

Lavia joined Saints from Manchester City in July for a fee of around £12million, which looked a hefty price for a player with only two senior City appearances to his name – one in each of the domestic cup competitions. But City were so reluctant to let him leave that they inserted a buy-back clause in the deal. Which is perhaps why Chelsea felt it necessary to open the bidding high when they tried to buy him on deadline day.

Apparently, after Lavia had impressed and scored in Saints’ victory over Chelsea, the Blues returned to St Mary’s with an offer worth around £50million for the 18-year-old. Tempting though it must have been to bag a £38million profit inside two months and five Premier League games, Saints opted to keep Lavia and build around him, presumably in the medium term before Chelsea or one of the other big boys returns with an even bigger bid. Unless City get there first.

Armel Bella-Kotchap
Saints absolutely nailed the summer window, signing some young talent that will surely net them a fortune in the not-too-distant future. Their initial investment in Bella-Kotchap was a mere £8.6million but the 20-year has already proved to be a bargain in some eye-catching early displays having gone straight into Ralph Hasehuttl’s side, most notably against Chelsea and Manchester United.

It has been a big summer for the Paris-born centre-back. He joined Southampton from Bochum in June and inside two months was named in the senior Germany squad for the first time after six appearances for the Saints.

He has made a very positive first impression on Hansi Flick: “He has shown himself very well here, he is very self-confident. The time at Southampton has done him good. The way he plays is also good for us… someone who loves to act defensively, to fight in tackles, to defend the goal. He has very good physical attributes, he is fast and strong in the head. We like that a lot.”

So do Liverpool, apparently.

Kim Min-jae
The South Korea defender has already been flipped inside a year, with Fenerbahce making around £10million after taking him from the Chinese Super League in August 2021 before selling him on to Napoli this summer.

The Italians identified Kim as a possible replacement for Kalidou Koulibaly and the 25-year-old has showed no inhibitions in stepping into the boots of a centre-back not long ago viewed as one of the world’s very best. Graham Potter hopes he still is.

Kim has been a mainstay in a defence that has taken Napoli to the top of Serie A and the summit of their Champions League group. Being a regular was one of the main reasons the defender chose Napoli over Tottenham and other suitors like Inter, Juventus, Rennes and Roma.

“We wanted Kim to be able to play in a good team with a certain continuity, and that team was Napoli,” explained his agent Ho Lee. Upon doing the deal, Lee negotiated a sell-on clause that becomes active next summer, with Manchester United already sniffing. Though it might take more than the £50million it was initially thought would get Kim out of his Napoli contract.

Luis Sinisterra
Leeds made a few savvy moves in the market this summer. Brenden Aaronson is wonderfully busy, while Luis Sinisterra has started the season on fire, scoring three times from outside the box.

That’s an extension of his goalscoring form last season for Feyenoord, for whom the bagged 23 in 39 appearances. That was enough to prompt Leeds into paying the Dutchmen £21.4million – a record fee received by last season’s Conference League finalists.

Sinisterra was signed as a replacement for Raphinha, but it seems AC Milan have got him in mind to replace a soon-to-depart superstar of their own: Rafael Leao.

Chelsea and City are both eyeing up the Portugal attacker who was Serie A’s Player of the Season last year. Milan would be reluctant sellers but Leao will enter the final year of his contract next summer if no renewal is forthcoming in the meantime. Which it probably isn’t.

Leeds stand to make a hefty profit if Milan sell Leao and look in Sinisterra’s direction. Having beaten them to Charles De Ketelaere in the summer, Leeds would probably enjoy nothing more than telling the Rossoneri to sling their hook.