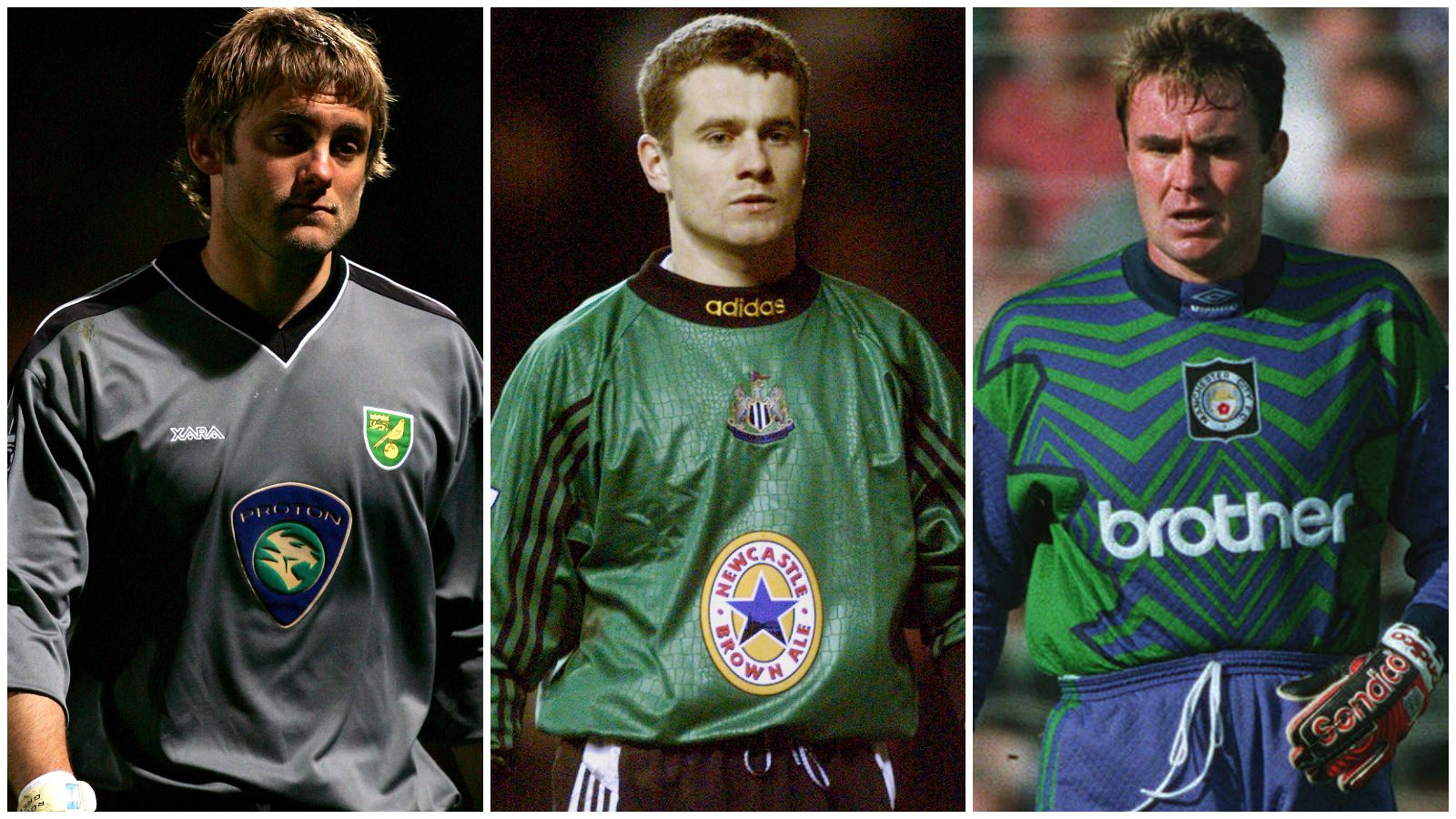 Orjan Nyland on Saturday became the latest goalkeeper to pay for failing to check his shoulder. At least he wasn’t Crosby-ed, and nor was it his debut, like poor Andreas Linde…

After making a brave save at the feet of Harry Cornick, Nyland forgot the Luton midfielder was behind him and dropped the ball to dribble and drive just before half-time.

Cornick cleverly made sure to stay in Nyland’s blind spot before sneaking up to steal the ball and roll it into an empty net.

Look away Ørjan Nyland…It's a gift for #LTFC and Harry Cornick gives his side the lead just before half-time! 💥 pic.twitter.com/6daqgMPnCh

The Norwegian also made a fantastic save early in the second half, but no-one will remember that while he’s featuring in blooper compilations a long time after he’s hung up his gloves.

Nyland is hardly the first goalkeeper to require wing mirrors…

1) Andy Dibble
The commentator suggested that Nyland had been Gary Crosby-ed, which is wholly inaccurate. Crosby pulled Dibble’s pants down in an entirely different, more embarrassing way…

Like Nyland, perhaps Dibble momentarily switched off while allowing himself a moment after a fine piece of goalkeeping to collect an awkward Garry Parker cross. As soon as the City stopper relaxed to hold the ball away from his body, Crosby, quick as a flash, pounced to nod it out of his right Sondico and tap into the gaping goal.

Dibble couldn’t believe it, nor could his manager Howard Kendall. George Courtney felt it should have been disallowed ‘in the spirit of the game’; Gary Lineker sat on the fence; but Greavsie had rather less sympathy…

2) Rob Green
If we must make a Forest connection, a more accurate description would be that Nyland was David Johnson-ed.

Given, like Dibble, did exceptionally well to gather the world’s highest cross which Gary McAllister intended for Dublin. The Coventry striker’s momentum carried him to the cinder track, from where he sneaked up on the Newcastle keeper, who was too stunned to react when Dublin stole in to score a fourth-minute opener in a 2-2 draw.

On this day in 1997: Dion Dublin picks the pocket of a gloriously oblivious Shay Given, Alan Hansen somehow does not use the words "shocking", "unbelievable" or "diabolical" and Trevor Brooking just chuckles a bit. pic.twitter.com/5tKELGFAvp

Given’s excuse, of a sort: the six-second rule had come into force that season: “So you had to kick it out or throw it down. The refs were really on it too. I looked up, there was nothing on, and I just just threw it down but didn’t look behind me.”

4) Andreas Linde
This was the poor lad’s league debut, FFS…

Linde, then 21, was making his first start for Molde and it was going rather swimmingly. They led 2-1 against Odd with 18 minutes to go. Linde made a good block to deny Jone Samuelsen and wandered to the edge of his box. Apparently unaware of Samuelsen’s presence, despite being close enough to smell him, Linde dropped the ball and was subsequently robbed of it. The keeper, though, wasn’t having it and stopped Samuelsen by wrestling him to the ground.

Linde was sent-off and Odd scored the penalty to earn a 2-2 draw.

5) Scott Fox
Ross County keeper Fox basked in his moment for far, far too long after sending Alfredo Morelos for a hot dog during Rangers’ visit in 2017…

Upon receiving a shonky back-pass, Fox left Morelos on his arse by cutting back inside off his left foot. All he had to do was launch the ball downfield in a timely fashion but no, assuming Morelos had been dealt with, Fox dallied and allowed the Rangers striker a second chance to close him down. Morelos took his revenge, leaving Fox in a heap while he grabbed one half of a brace in a 3-1 win for the Gers.